Peter Dutton, the minister for crimmigration and incrimmigration, has a distaste and contempt for refugees that borders on hate, writes contributing editor-at-large, Tess Lawrence.

PETER DUTTON IS PROOF THAT DONALD J. TRUMP has a half-brother living in Australia.

The fascist, white supremacist ideology at the core of their kindred blatant vilification and demonising of Muslims reflects the racial stereotyping and profiling that has become the key go-to new normal incendiary explosive device of contemporary global politics.

Like all IEDs, they are easy and cheap to make but have catastrophic and deadly consequences.

In an astonishing diatribe that spewed from his almost frothing mouth, Dutton, the ill-appointed minister for immigration and border protection succumbed to what was rather mild goading from Opposition Leader Bill Shorten in Monday's Parliament.

Quoting back to him, Dutton's own silly, false, intellectually barren blaming of former Prime Minister Malcolm Fraser's immigration policy on Sky television last week – “The reality is Malcolm Fraser did make mistakes in bringing some people in the 1970s” – Shorten pressed for an explanation:

“Which people was the minister referring to? Will the minister now apologise to Australia's hard-working migrant communities, including but not limited to the Vietnamese community?”

Then came the usual argy bargy from the body politic, with Dutton still shirking from identifying which “people” he meant.

This is Dr Dame Marie Bashir, child of Lebanese migrants, much-loved governor of NSW. Dutton would have kept her out. pic.twitter.com/yGaa8OTQRr

Shorten continued to press for an answer:

“Which people, from which country, does the minister believe should not have been allowed into Australia when Mr Fraser was prime minister?”

“...The advice that I have is that, out of the last 33 people who have been charged with terrorist related offences in this country, 22 are from second and third-generation Lebanese Muslim backgrounds.”

Dutton may not wear his policeman's uniform these days, but he wears the uniform of the bigot, the xenophobe and senior government propagandist.

The venom in Dutton's voice was palpable. Not a good look for any immigration minister who is also the legal guardian of child refugees and asylum seekers. And it brings further calumny upon the LNP Coalition. One presumes among their number are some that disagree with Dutton but, sadly, they were too gutless to speak up. Prime Minister Malcolm Turnbull's response was so pathetic that it is undeserving even of acknowledgement.

In the Alice in Wonderland world of this "government", somehow it's Bill Shorten's fault that Dutton is a racist. https://t.co/TObUQfPSB8

DUTTON'S BIGOTRY POISONS THE WELL FROM WHICH WE ALL DRINK

As the decibels in his voice increased, Dutton exposed not only a political mind-set frozen in historical aspic but he also again revealed a disturbing, perhaps pathological personal fear and loathing of Muslims and, it seems, for any dark-skinned people of Arabian, Middle-Eastern and North African extract.

This bigotry and hatred

from which we all drink

For some time, in his language and autocratic parroting of policy dogma, it has been obvious that he has a distaste and contempt for refugees and asylum seekers that seems to sometimes border on hate. Remember the time he arrogantly derided refugees who couldn't read or write?

The illegal misdeeds he does to refugees and asylum seekers in our name are certainly criminal in nature.

I am not going to allow people who are hardworking, who have done the right thing by this country, who have contributed, who have worked hard and who have educated their children to be defined by those people who are doing the wrong thing and have been charged with terrorist offences or have been involved in crime otherwise... 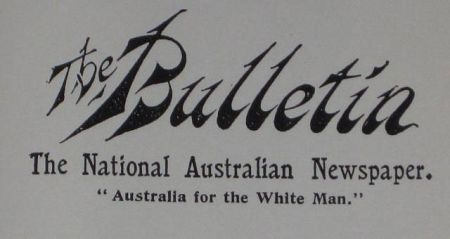 It is our successive governments that have done the wrong thing. And now Dutton has slandered all we immigrants, let alone our indigenous brothers and sisters through his disregard for reality.

Whilst quoting majority statistics that those charged with terrorist offences are second and third generation Lebanese Muslims is one thing, damning the entire community is not only defamatory, it is ludicrous. It is also designed to divide our diverse and sometimes troubled community.

So is singling out Malcolm Fraser for his immigration policies. Each generation and every prime minister could have similar accusatory faultlines pointed out — whatever their political colours.

Dutton is simply trying to deflect blame and responsibility away from his notorious mishandling, and bungling mismanagement of the government(s) failed refugee and immigration policies.

According to our sources, Trump is going to understandably turf our refugee swap.

Tess Lawrence looks at the refugee swap deal with the U.S. https://t.co/WsqMnwEh3v

Then there's the ineptitude of state and Federal governments in dealing with burgeoning feral radicalised youth (and adults) criminal gangs.

There's also the shameful combined systemic failure of our agencies, police and government, including Attorney-General George Brandis and Minister Dutton, to contain Sydney's Lindt Siege, in which two hostages Katrina Dawson and Tori Johnson were tragically – and probably needlessly – killed. The Coalition Government is ultimately responsible for this debacle.

The hostage taker, Man Haron Monis, was also killed and could not have been better known to the police, security authorities or, indeed, to George Brandis, such was his personal and criminal profile and contact with the attorney-general's department.

The reality is that any cursory analyses of the prime ministerial regimes of John Howard and Tony Abbott show that, even beyond unreasonable doubt, both men have been lurid architects of Islamophobia, promulgating hatred, fuelling riots and wilfully designing a “them and us” mentality.

All roads lead directly to when John Howard occupied the Opal Office.

No journalist can forget the regular bulletins and press releases warning of this or that threat under the auspices of the Howard regime, tutoring us to spy on each “other”, the “other” being the Muslim next door, or our flatmate.

Then there were the fridge magnets. And “Be Alert, Not Alarmed”.

Out of the bog of war and hate-mongering has re-emerged the ugly face of neo-nazism and far right wing white extremism that cloaks itself in nationalism and patriotism in much the same way as Da'esh (Islamic State ) cloaks itself in Islam. These two contesting borderless global movements display and deploy similar rhetoric that at times is interchangeable; both spawned in hatred.

Consider today's prevalence of the Nazi salute. Why friends, it was seen just the other day at a rally supporting Trump's win, when journalist and broadcaster, Richard B. Spencer, president of the extremist National Policy Institute spoke.

We, in Australia, have long been part of the neo white-is-right movement. We should remember the peddling of lies that then Iraqi President Saddam Hussein had weapons of mass destruction and the subsequent 2003 invasion of Iraq by the Coalition of the Willing that masked the venal loitering with intent of the well-oiled armaments and war machine, their cologned Brooks Brothers-suited generals of Wall St, international stock exchanges, multi-national corporations and chameleon sub-contractors, shedding their skin and names whenever caught out performing unfettered atrocities, murder and torture. Think Blackwater et al.

We should remember that the likes of the Triumvirate of Evil — U.S. President George W. Bush and Primed Ministers Tony Blair and Howard were all in on the lie; all pawing the ground with their hooves, supported by the dogs of war in their midst.

Dutton and Brandis think we have forgotten the politics of hate and fear so cleverly promulgated in those days and since.

And if we do not speak up for others in their hour of need, then who will speak for us when comes our hour?

It is a mistake to believe Peter Dutton is an idiot.
The truth is, he's actually bloody *cruel*.#auspol pic.twitter.com/8oLvCejHvf