Who is winning in One Nation's epic legal battles? And is their former treasurer Ian Nelson a whistleblower or a criminal? Ross Jones reports.

THIS IS going to be a story about former One Nation treasurer Ian Nelson and his legal battles with his ex-boss.

But first a meā culpā: quite a big one actually, because I have inadvertently misled IA readers, especially those who are Ashbygate aficionados.

In my last few articles, I have asserted James Ashby has pending costs order of around $1 million against him — this is not true.

Ashby’s case was launched under the Fair Work Act, which has a no cost presumption, ergo he could not be up for Slipper’s costs.

Simple, when you think about it, which I obviously did not.

Nelson told IA his android phone had been set on permanent record so that everyone who called him was digitally immortalised. He says he did this so he had an accurate record, mainly for his business but for other stuff too. Recording a telephone conversation without the other person’s knowledge is perfectly legal in Queensland, so long as neither the recording nor its transcript is made available to others — doing this is illegal.

Some of Nelson’s telephone conversations were with Pauline Hanson and some with James Ashby.

On 22 May 2017, the ABC released extracts of a recording made at a One Nation meeting canvassing the idea of overcharging candidates for promotional material and pocketing the difference.

After all, according to Ashby, One Nation:

"... had an opportunity to make some money on this [the Queensland election] if we play this smart.”

There is no evidence I’ve seen that says Nelson was the source of this recording, but it’s release certainly left Ashby smarting. James was forced to go public with denials and obfuscations.

So, when the ABC followed up the next day by announcing it had a longer version of the tape, the powers that be at One Nation probably started getting a little nervous:

The fresh recording runs for about seven minutes and does not cover the entire meeting.

There is no evidence in the recording of anyone in the meeting killing off Mr Ashby's plan.

Ashby was forced to go public with denials and obfuscations.

Just eight days later on 30 May, the ABC announced:

‘A new secret recording has emerged of Pauline Hanson, with the One Nation leader appearing worried the alleged donation of a light aircraft would be revealed, months before it became a public controversy.’

This time the source was named: Ian Nelson.

‘Mr Nelson made the recording of the telephone call and provided it to the 7.30 program because he claims it proves Senator Hanson was aware the plane was donated and wanted it kept quiet.’

One Nation management decided things were getting out of hand.

Hanson's One Nation seeks Supreme Court injunction to stop ABC airing material What are you afraid of!? #onenation  https://t.co/Ulrm6I8YOU

On Thursday 8 June, One Nation lodged an injunction in the NSW Supreme Court against Nelson and the ABC preventing them from releasing any further material:

Nelson told IA this move took him completely by surprise.

Without legal advice, he told The Guardian:

"[The injunction] doesn’t bother me, it’s temporary, and I’ll get through that,” he said.

"[Hanson is] not stopping me from talking. This is still a democracy and if it’s bad news for her, bad luck. She’s doing it all to herself.”

‘Nelson said he wondered about the jurisdiction of the NSW court.

“I’m in Queensland, I don’t intend to honour that, nobody’s told me anything,” he said.’

Nelson clearly sees himself as a whistleblower.

The choice of the NSW Supreme Court to lodge an injunction against a Brisbane resident whose subject actions occurred in Queensland is an interesting one. I am not legally au fait. Maybe they needed to do it in NSW to rope in the ABC. Maybe it was because Hanson’s solicitor and Senator Brian Burston’s chief of staff, Peter Breen, practices in Byron Bay NSW.  Maybe, because recording telephone conversations without consent is illegal in NSW. Who knows?

The move certainly disadvantaged Nelson because, on 8 June, after the temporary injunction was granted, he received a summons to attend the court in Sydney on Tuesday, 13 June.

As you can imagine, that weekend was pretty tense.

Nelson presents as an independent business battler who is not too flush with cash, so the prospect of hiring, then paying, for a legal team to represent him a thousand kilometres away, was a notch above daunting.

Enter James Cremin — barrister. Apparently, Cremin was Nelson’s friend’s friend’s father — or something like that. Nelson told IA Cremin called him and offered to represent him in Sydney at no charge. What could you say? "Yes."

The two nutted together an affidavit in readiness for round two. The affidavit apparently included the assertion by Nelson that all recordings had been voluntarily destroyed, except one kept with his lawyers, Harrington Legal.

The affidavit apparently included other allegations as well.

Justice Kunc decided early on that (paraphrasing) the only issue in dispute is whether Nelson has destroyed the tapes in the way he said he has.

One Nation’s barrister Dauid Sibtain was on the ball and challenged several – many – paragraphs of Nelson’s affidavit.

Cremin appeared hapless in the face of any opposition (in my opinion) and all too easily gave way. He did manage to mention the word "plane" a few times during his collapse, but under Kunc’s withering sarcasm, agreed it was irrelevant.

Kunc extended the injunction against Nelson until 7 August and ordered Nelson’s phone be forensically checked by a specialist in the meantime. His Honour suggested a reputable accounting firm in Brisbane would be up to the job.

Nelson told IA he now has a new set of lawyers and intends to push back on 7 August.

He does not want an adverse order for costs in this matter. A lot of people are involved. A lot of money.

What do you reckon? Whistleblower or criminal?

Nelson ally and fellow ex-One Nation functionary Saraya Beric has posted a crowdfunding site for Ian’s legals, if you are interested: 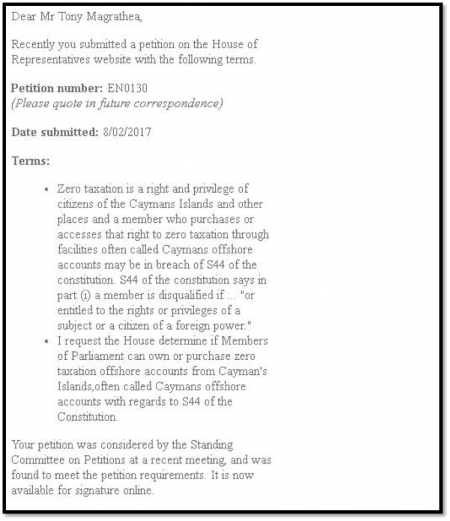 Get it the way it is. Subscribe to IA.