One step ahead of the Jacksonville pack

Investigative blogger Peter Wicks explains why he has focussed largely on the one part of the HSU story, and reviews other media reporting of the HSU affair.


IN EVERY BATTLE, there are always two sides, often more.

Those of you following my articles on the havoc being wrought on the Health Services Union would be aware of the two factions that have been at war — the Williamson faction and the Jackson faction. Both factions have been bleeding the Union dry for years, it would seem.

However, there is a third side in this battle that has been largely forgotten — the members.

When people ask me which side I'm on, the answer is always the same: I'm on the side of the members. Maybe it's the "Old School Labor Party" side of me coming out, but no matter what damage has been done, I still hold a hope of some clean skins being able to sort the mess out with the help of the membership. This is because, if ever there was an industry that needed a good union, this is it. Conservative governments always slash and burn two industries to save money when they take power so that their mates can have tax concessions — and those industries are education and health.

With Coalition governments in most states now, the HSU should see increasing membership, not declining numbers. I'm hopeful that once the bad press of the Williamson circus, and the alleged thieving and thuggery of the Jackson and Bolano faction are flushed out in the upcoming elections, the Union can climb back to its feet and start functioning as it should.

Some people have asked why I do not focus much of my attention on Michael Williamson. Some, including Kathy Jackson have even accused me of being part of his faction, despite not being a member of the Union.

The answer to that is quite simple really, but I will explain it in a way that I hope is really simple to understand.

Most companies, when they advertise or sell their products against a competitor in a crowded market, tend to focus on what they do differently, or their points of difference. To me, writing is not that much different.

I still remember the good old days, when the mainstream media thought in that way. Newspapers took different angles to their competitors, as did current affairs programs and other media styles and outlets. Now, most look, sound and write in a remarkably similar manner.

The media's treatment of the HSU affair was the same, with everyone focussing on Williamson and Thomson. I chose the angle that nobody else was looking at, or seemingly wanted to look at — Kathy Jackson and the faction she ruled over. The faction that the likes of Hart, Bolano, and Behren’s are looking to inherit.

For starters, I am instantly suspicious when somebody has to declare themselves a whistleblower, and thought it warranted investigation when Kathy Jackson did. She even had the bad taste to refer to herself as a type of “Joan Of Arc” character.

Jackson was a Union official and someone who was a failed Labor pre-selection candidate — that means she was a Labor Party member. Within a short time of her fall out with Williamson, she was a friend of Alan Jones, Chris Smith, and other rightwing shock jocks; speaking as the guest of honour at Liberal Party think tanks; slandering Labor MP's on TV; and, most suspiciously of all, the Liberal Party leader Tony Abbott was singing her praises on the floor of parliament.

Some would say that is being a whistleblower, but I would have thought calling her a turncoat would be far closer to the mark.

Jackson often said I was a member of the Labor Right, as if she knew me better than I knew myself. She even tried convincing me outside Federal Court one day. However, this is not the case. I am actually a member of the Left.

I actually consider myself in the centre, but left leaning. Things are not always black or white, there are shades of grey — about 50 of them I hear. It is similar with left or right leaning — there are different degrees of leaning. Personally, I think this is something people spend far too much time on.

Jackson would like us all to think that Williamson being charged recently with a number of alleged offences shows that she is innocent. This is like saying Clyde's guilt means Bonnie's innocence. It is ridiculous in the extreme and for far too long she has been treating the public as if they are brain-dead morons, and the press has failed to pull her up on this crazy notion.

Thankfully, I think the media are starting to see through her now though, although there are some who will always be wearing their special blinkers, seemingly purchased direct from Jacksonville.

The Australian's Ean Higgins seems to fall into that category. In one such article full of confused conflicting views that we saw last week, we saw the type of wisdom that could only spew from the mouth of Marco Bolano.

Carol Glen’s resignation from her position as a HSU official, according to Higgins article, was of great concern to Bolano and Jackson. You see, Carol leaving would mean that someone from the Williamson faction could replace her and thus give their faction the balance of power in management committees. This logic would mean then that Carol was part of the Jackson faction I would assume, as that’s how mathematics works.

In fact, Higgins article appears to have been a way for Bolano to have a totally unjustified public shot at his cleanskin rival, Stuart Miller, in the upcoming HSU elections. God forbid someone non-factional have a shot. It must be nice to have mates like Higgins who will print such unsubstantiated and contradictory drivel. 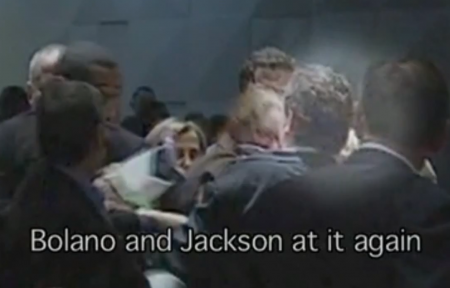 Speaking of drivel, let's have a quick peek at the Andrew Crook piece on Crikey a couple of days ago.

I should not be too harsh on it, actually, although Crikey is usually just right wing drivel that masquerades as being independent, this piece was actually quite good; very good, in fact — except for a couple of quibbles I have about the end paragraph.

Crook creates the impression that he is breaking the story of the HSU’s financial woes, several times in his piece.

Breaking the story to Crikey readers, maybe… Readers of Independent Australia and WixxyLeaks, of course, have known for months how bad HSU's financials are ― but I'll put that to one side.

In the final paragraph, Crook doesn’t just leave himself wide open for a defamation suit, it is like he left the door open, put a spotlight on the opening and flashing lights above the door, with an alarm inside to make sure everyone notices.


'The full Temby report into the NSW union, released in July, alleged millions of dollars in overpayments to contractors, including $3.12 million provided over four years (and probably millions more over the last 15 years) to printer Communigraphix to produce the union magazine.'

For Crook to say “probably millions more” in regards to Communigraphix is just plain silly.

Not only is it a defamation lawyers wet dream, it also tells the reader that he only suspects this — he clearly hasn't confirmed it, or he would have the evidence to back it up. Not only that, it tells us all that he is susceptible to printing totally unsubstantiated claims.

Crook also makes a reference to Williamson having some family members working within the HSU. This is a fair point; however, in the interests of balance, I hope that Crikey readers remember that Jeff and Kathy Jackson were a husband and wife team at one stage and, after Jeff was gone, Kathy's fiancé Michael Lawler involved not only himself in union business, he also had his two sons working there on what were exceptionally good hourly rates for those with their level of experience ― which was absolutely none at all.

However, Crikey readers probably won't remember this, as I don't believe Crikey readers have ever been informed. It is no wonder those who seek balanced reporting go elsewhere.

Yesterday's, Andrew Crook article on Crikey tells their readers about issues involving the election ticket of Diana Asmar. Breaking news indeed! Or at least, it was when I broke it all the way back on the 20th August.

Whilst I will readily admit to mixing a fair raft of opinion in my articles, I try to distinguish between what is opinion and what is fact. And whilst I have tended to focus on one side of this story for the reasons explained earlier, I have also done pieces showing the other side. However, I have only done these for the purpose of balance and have made them more opinion prices as, unlike Crikey appears to be in the practice of, I don't think rewording the research of Kate McClymont really a useful exercise. If Kate has done the work, I'd much rather refer others to it than copy it and claim it as my own. You know, credit where credit’s due.

To those of you who ask me about the press and if they will ever tell the real story, I say a reasonably confident “yes”, however this is such a monumental, epic, story, you can’t expect all of it it in one article.

Ignoring the trash usually found in The Australian, and the usually rehashed old right-wing drivel normally found behind the paywall of Crikey, there is some light at the end of the tunnel. We have seen some excellent reporting on the ABC and in the Fairfax papers; Simon Benson has also done some great work for News Ltd and should be commended for his efforts. Despite its flaws at the end, even Crook's article showed some promise.

Rest assured, those of you who are as intrigued by the goings on within the HSU as I am, Independent Australia and WixxyLeaks will remain ahead of the pack and keep you posted.

We couldn't stop if we tried.

CORRECTION: 17/10/12 - 1:46pm: In earlier in this piece, there was an assertion that Andrew Crook from Crikey reported yesterday news about Diana Asmar standing for election for the first time. This statement was incorrect. We now understand that Andrew Crook reported this news around the time it surfaced in August. IA have removed the offending paragraph and apologise unreservedly for this error.