NSW Government — delivering us not from evil 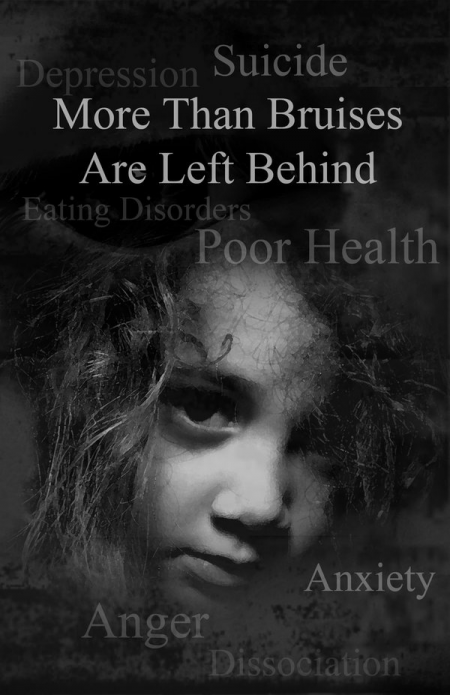 THE 29TH OF MAY 2013 should go down in history as one of NSW's blackest days.

On that day the Coalition controlled NSW Parliament passed the Victims Rights and Support Bill, with the support of the Christian Democrats and Barry's new mates, the Shooters and Fishers Party. The changes to compensation have been described by the Coalition as fair, appropriate and considered. While members from Labor and the Greens have described them as heinous, disgraceful, immoral, shameful and ‒ the description I'd agree with ‒ downright evil.

Many have been reduced to tears at the impact this Bill will have. A complaint has even been filed with the United Nations, it is so hideously immoral.

If there is something that we can take from this in the most begrudging way possible, it is that hopefully people will catch a glimpse of what may be around the corner with an Abbott-led Federal Government.

As you are probably aware, there was an inquiry held in Victoria recently into the ongoing problem of sexual abuse of children within religious organisations. Many of you may have heard Cardinal Pell admit to the deliberate acts of covering up for paedophiles within the organisation he rules over.

You are probably also aware of the upcoming Royal Commission into the sexual abuse of children by those within organised religions. This Royal Commission was initiated with overwhelming public support, and the begrudging approval of Tony Abbott as long as it didn't turn into a Catholic witch-hunt, ironically something the Catholics were once famous for...

Australians supported this Royal Commission because most of us agree that a paedophile is the lowest of the low, and the perpetrators of these heinous crimes need to be sought out and severely punished. Instead, they were being given a silly hat, a robe, a bible, and a map to another town, where a new batch of altar-boys and school children were awaiting their guidance.

The public has had enough.

Not only that, this is a chance for the victims of these crimes to start to feel empowered themselves and a time for many of them to start the healing process. Many of these victims have waited almost their entire lives to see their attackers held to account.

However it is not always the victims that need compensating, there are others also involved.

It is often the victim’s family that bears much of the brunt.

All too often, a family discovers a history of abuse after a child's suicide. A victim unable to deal with the anguish and pain finds it easier to end it all rather than carry on living.

Tragically, the family then suffers the guilt of knowing they put their child in harm’s way. The knowledge that their misguided faith led their child into the hands of evil must be a hard thing to cope with. This also often leads to deep mental trauma that cannot be overstated.

Therefore, it is often the victim’s family that should be compensated fairly. Not only that, but often the tragic added cost of a child's funeral.

So what is fair compensation for a life in hell after a childhood of abuse? After the Victorian inquiry, the consensus seemed to be that $70,000 wasn’t anywhere near close enough.

In NSW, the Liberal Party has come up what it feels is a more appropriate figure — $15,000.

That not a typo. Fifteen fucking thousand dollars.

It won’t even pay for the child’s burial costs. These poor people may as well have the word victim tattooed on their foreheads, as that’s what the Coalition has made them yet again.

The Bill also changes the statute of limitations for people claiming compensation for violence, both sexual and non-sexual, and including child abuse or child sexual assault. An application must be made within 10 years of the alleged act or, if the victim was a child when it occurred, within 10 years after turning 18.

According to a report in claims against the Anglican Church, the average time before an application or claim is made is 23 years. Reporting this type of offence is often like going through the ordeal yet again and many victims have repressed memories that don’t surface until psychological problems are addressed years later.

NSW Opposition leader John Robertson called it for what it was, stating:


''This is clearly a deliberately timed piece of legislation designed by the government to prevent thousands of child sexual abuse victims from being able to apply for compensation.”

This also comes after news of a secret society of Liberal MPs that have been meeting to discuss policy and the “lawmaking business”.

These gatherings of the group hilariously titled the “Chartwell Society” ‒ as if it’s a Klan, Masons, or wife-swapping club ‒ meet regularly with religious leaders as well as business leaders.

The group is organised by Baulkham Hills MP David Elliot. Elliott showed his smarts when explaining the secrecy of the special MP’s club according to the Sunday Telegraph article.

Elliott stated “It’s no secret...” and then went on to say that whatever was discussed was “Chatham House Rules” and, as such, kept secret. Then he explained that the key to the group’s success was its secrecy. OK then…

It is interesting to know that one of those to address this group was Cardinal Pell. I wonder what part of the “lawmaking business” he was discussing with them.

The Catholic Church, in particular, looks set to lose millions of dollars as a result of the enquiries into sexual abuse within religious organisations.

This Bill in NSW has ensured that the compensation payouts will be dramatically reduced. In fact the proposed laws would prevent a great many of the victims coming forward at all.

This is beyond shameful.

The only thing more evil than these paedophiles are those that seek to protect them … and that is precisely what this Bill does — protect paedophiles from paying for the damage they have done.

Those who say there are positive aspects of this disgraceful bill are misguided. This is similar to someone claiming that Josef “Angel Of Death” Mengele’s “special treatment” of Jews during the holocaust was justified because he made a few new discoveries.

NSW Attorney General Greg Smith has a history when it comes to looking after victims, it’s only a few months back he took a leaf out of Tony Abbott’s book and spat in the face of asbestos victims and their families by stripping their compensation rights.

Greg Smith also has a history with paedophile priests, paying tribute to Father Finian Egan in his maiden parliamentary speech. When allegations emerged of his buddy sexually abusing children, Smith was quick to vouch for the alleged paedophile and label the victims as greedy and only after money.

I cannot think of a bill that has a more evil motive and a more catastrophic outcome than this bill put forward by the NSW Liberal Party. Why this has not caused a huge public outcry is beyond me.

Below is a list of those in the Upper and Lower Houses who supported the Bill to further violate the victims of predatory paedophiles.

These are MPs who know of the broken and shattered hearts of victims and have chosen to reach in and rip the hearts out of these victims and stomp them into the mud. The worst expletives don’t come close to describing the moral fibre of these MPs.

As we all know, Tony Abbott is quite fond of the church. He has always been quick to come to the defence of the Catholic Church, in particular saying that it should not be singled out for criticism. This is despite statistics that show that the Catholic Church is to paedophile priests what McDonalds is to hamburgers — unrivalled leaders in the field.

Tony Abbott was even trained as a priest and earned himself the nickname of the “mad monk”.

If this is what the Liberal Party have planned in NSW, imagine what they have planned Federally. They may not be able to stop the Royal Commission, but they will do their damnedest to save their church buddies a few bob. After all, the Catholic Church is only one of the world’s richest organisations, it must be tough for them to pay compensation to those Greg Smith would probably refer to as just more greedy victims.

Slashing the rights of victims of crime won't keep any child safe from harm — in fact it is likely to do just the opposite.

When you vote in September here is something that may be worth considering in light of what the Coalition have done in NSW.

Would you trust Tony Abbott to put your child’s best interests ahead of those of Cardinal George?