The greyhound racing ban in NSW has reached farcical levels, with the Baird Government now paying the RSPCA to provide a timely diversion. Peter Wicks reports. 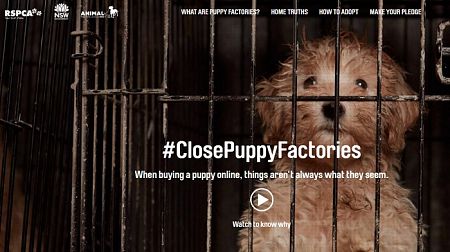 The turmoil within the NSW Coalition Government over the greyhound racing ban has gone from comical to the farcical — and now puppy factories appear to have been thrown into the mix as some kind of wild card.

We all know that one of the deals cooked up in a backroom somewhere is that the Coalition’s deputy leader has to be a National Party MP, currently that leader in NSW is Troy Grant.

I say “currently”, because Troy Grant is currently under fire from within his own party as being not worthy of the leadership. In fact, it has been reported recently that if Troy Grant can’t make Premier Mike Baird back down on his decision over the greyhound ban then he will be dumped as the Nats leader.

I guess Mike Baird needs to run all his decisions past the Nats for clearance? Being in charge has its drawbacks.

Some commentators have presented this threat hanging over Grant’s head as a bad thing, but I disagree. If the Nats wish to set this as their benchmark for a deputy leader, when the next deputy leader fails to have Baird change his mind, then they too will be out on their ear. Thus, while Baird is still capable of making a decision on his own the Nats will soon run out of deputy leaders to replace the last one and render themselves even more impotent as a party than they currently are.

There has been a lot of speculation as to whether Baird will put politics before integrity, and backflip on his decision to shut down an industry that thrives on cruelty, doping, illegal exporting and race-fixing. Time will tell how strong Baird’s spine is on this matter.

This week, the RSPCA in NSW launched a campaign to shut down puppy factories. It was nicely branded with the NSW Government logo. In fact, the campaign was funded by the NSW Government, it has an expensive website, a downloadable avatar, a video and a pledge form so that you can go onto the Government's database so they can email you propaganda. This campaign was put together at NSW taxpayers' expense by an upmarket agency at a cost some estimate at around $200,000.

However, while there is plenty of PR and spin, there is no plan of action and absolutely no sign of any legislation.

Maybe this is just coincidence and I’m just a natural-born sceptic, but I find the timing on this campaign remarkable.

NSW had a parliamentary inquiry into puppy factories and announced its pissweak response just over a year ago. Since then, it has been business as usual for this cruel underground supply chain for pet stores and internet sites, like Gumtree and the Trading Post. The parliamentary inquiry came and went and had no impact whatsoever on the cruel tax dodging practice.

Having the NSW Government sponsor an RSPCA campaign to close down puppy factories is like Pauline Hanson sponsoring a racial and religious tolerance campaign.

I am hoping that Baird is not hoping to do some sort of lame PR campaign to try to convince voters that he is putting a new emphasis on cracking down on “illegal” puppy farms, as he backs down on his previously adamant decision to ban greyhound racing.

The clampdown on “illegal” puppy farms is a furphy as any registered business is classed as a legal business. If there are indeed illegal puppy factories, then surely the govt shouldn’t need an inquiry to decide to crackdown on an illegal activity? It is the legally operating puppy factories that are the issue.

(Scared to death: one NSW puppy factory that the Baird govt refused to do anything about
Image: oscarslaw.org)

Do you know why we don't have parliamentary inquiries into armed robbery? Because it is illegal, so police just arrest the culprits and courts gaol them.

Why is this not the case for puppy factories, then? Because the problem is legal puppy factories. All the rest is Government spin to give the impression they are doing something, when they are in reality doing nothing.

On the RSPCA NSW Facebook page, they make the lame claim that the NSW Government must support the initiative if they paid for it. If the RSPCA truly believe that $200,000 thrown at them while their polling is in the toilet shows the Government's true colours more than two failed parliamentary inquiries, and years of ignorance, apathy, and inaction, then they are fools of epic proportion.

Anyway substituting one state sanctioned form of animal cruelty for another would not be a solution, it would be a cop-out.

The RSPCA comment on Facebook was in response to Debra Tranter of Oscar's Law who also raised doubt's about the Government's involvement, due to their appalling record. They also claimed to have not hidden her other comments, saying they would be unhidden manually. 9 hours later, they remained hidden.

In Victoria, where the Government and RSPCA have a real commitment to closing down puppy factories, and legislation to match, the puppy factory lobby have reached the bottom of the barrel and found a new ally — Wellington Shire Council.

The puppy factory lobby and Wellington Council are quite a good fit. The Wellington Shire has had that many puppy factories in the area they could have set up franchises. If there is one thing for sure, the good “legal” puppy farmers of Wellington Shire have sure kept the courts busy with the enormous amount of animal cruelty charges they have amassed over the years

In NSW, we have already seen what a waste of time these inquiries are. Twice, actually.

I hope the RSPCA in NSW show better judgement in who they partner with in the future. I also hope the NSW Government has not just the guts, but the decency to stick with their decision on greyhounds.

If by some miracle the NSW Government are serious about tackling puppy factories, then they should adopt the Victorian legislation. Anything else is taking the public for fools. They have done that enough already.

On the website, the RSPCA and NSW Government ask visitors to report any puppy factories, so I'll get the ball rolling.

Let's start with all the ones that led to the last two parliamentary inquiries. They are all still operational and the RSPCA are powerless to seize them, thanks to their new sponsor: the Baird Government.

What hope do animals have in NSW? 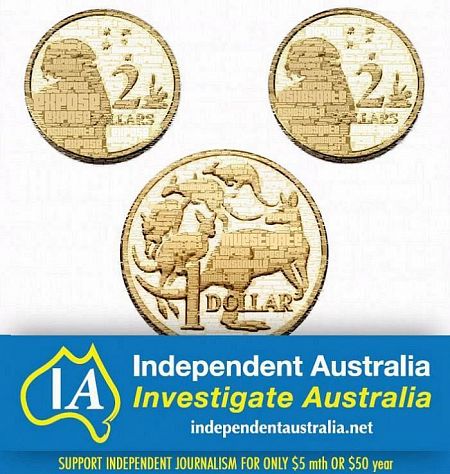