THE NOBEL PRIZE FOR ECONOMICS announced yesterday bolsters the campaign for better industry regulation in Australia.

The prestigious award – officially, the Sveriges Riksbank Prize in Economic Sciences – went to Professor Jean Tirole of the Toulouse School of Economics in France. It recognises his work on how poorly regulated corporations operate to the community’s detriment. And how the problems can be fixed.

Drawing attention to industry regulation is timely for Australia as the Abbott Government strives to wind back regulation brought in by previous administrations, but with little success.

Current debates within Australia’s political parties, as well as between them, include deregulation of universities, retail supermarkets, the dairy industry and the process of resource development approvals.

Tirole’s win is also timely for global deliberations. The European Union and international agencies are now grappling with constraints on the power of the banks and web giants such as Google, Amazon and Apple.

Tirole’s analysis of corporate market power has shown how big companies damage the communities in which they operate. And also how they may be regulated to everyone’s advantage. He believes different industries require quite different regulation.

In its citation, the Swedish Academy described Tirole’s contribution as having shifted significantly understanding of why regulation has often failed:

‘Before Tirole, researchers and policymakers sought general principles for all industries. They advocated simple policy rules, such as capping prices for monopolists and prohibiting cooperation between competitors, while permitting cooperation between firms with different positions in the value chain. Tirole showed theoretically that such rules may work well in certain conditions, but do more harm than good in others.’

The Academy noted that Tirole’s work not only described the negative outcomes of regulation failure, but recommended specific responses:

‘The best regulation or competition policy should therefore be carefully adapted to every industry's specific conditions. In a series of articles and books, Jean Tirole has presented a general framework for designing such policies and applied it to a number of industries, ranging from telecommunications to banking. Drawing on these new insights, governments can better encourage powerful firms to become more productive and, at the same time, prevent them from harming competitors and customers.’

Understandably, not everyone welcomes the award.

He claims, acidly, that he

‘… follows a long line of liberal American micro-economists haloed with all the academic virtues [aureoles de toutes les vertus académiques] since the 1980s.’

.@JohnCassidy on why the French theorist Jean Tirole is a worthy economics Nobel winner: http://t.co/2inmTaXosR

The French Government, however, is delighted.

‘The Nobel Academy making this award is also a reflection of the absolute necessity in today's crisis that we have regulation and mechanisms for stability. We must not just leave management of the economy to the free market.’

Will the global discussion this award is generating engage hapless Treasurer Joe Hockey and the Abbott Government?

Clearly, the mindless mantras he mouthed before the 2013 election have not materialised into benefits for Australia’s businesses or people.

The Abbott Government then undertook a highly visible exercise in deregulation with its Autumn Repeal Day last March — the first of two promised every year. The Government boasted that 10,000 regulations and acts would be removed from the statute books.

So what has been the result? How much better is the economy now performing?

It is, in fact, performing much worse. In the 13 months since Hockey became treasurer, business confidence has slumped, the value of the all ordinaries on the Australian Stock Exchange has fallen, consumer confidence has collapsed, the Aussie dollar is at the lowest level since 2010, inflation is up from 2.4% to 3.0% and rising, unemployment is at the highest level in a decade and government debt has blown out by $39 billion – up 22%.

Clearly, the deregulation Hockey has implemented has not worked — or at least, not yet.

If Jean Tirole is right, we can see why. Regulation, he suggests, should be ‘light-handed’, ‘in line with economic principles’ and ‘one size does not fit all’. But it is definitely needed for the wellbeing of corporations and of the community.

The failure to regulate appropriately, Tirole shows, risks not just weaker company profits and a poorer community, but another financial crisis:

‘The gradual lowering of regulatory standards predated the recent crisis. To be sure, other developments such as “irrational exuberance,” loose monetary policy, and global macroeconomic imbalances also contributed to the crisis. But underregulation or ineffective regulation is rightly blamed for playing a central role in the crisis.’

Much of the world is now listening to Jean Tirole. Which is just as well.

But is Joe Hockey? 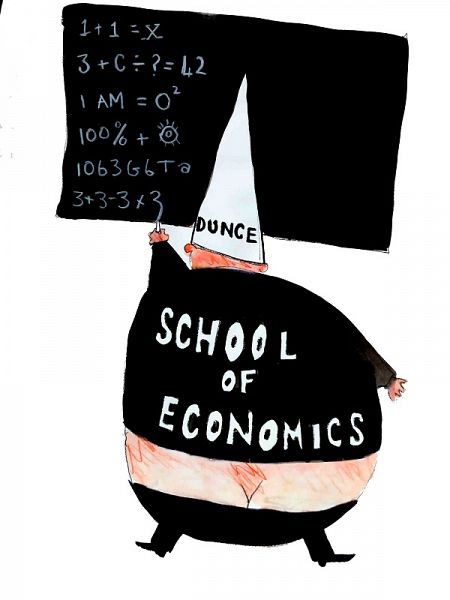