You would be forgiven for thinking from media reports that the only popular uprisings going on in the Middle-East are in Libya. In fact, Yemen and Bahrain are also under a state of emergency, with Government forces in both countries brutally cracking down on peaceful democracy protests. Is the media downplaying these events because the two dictatorships are firm allies of the West? Zaid Jiani reports. 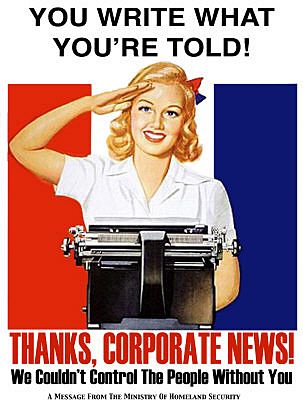 One of the major factors in the success so far of the “Jasmine Revolution” — the wave of pro-democracy revolts across the Middle East — has been the empowering international press coverage of the protests.

Yet in recent weeks, this coverage in the United States has been overwhelmingly focused on just one country where these revolts are occurring — Libya. While the events in Libya, where rebels are battling the Qaddafi dictatorship, certainly merit coverage, the American press has unfortunately failed to provide the same detailed coverage to the events in Yemen and Bahrain, two U.S. allies where mostly nonviolent protesters are being brutally put down by the armed forces in those countries.


The lack of coverage of the situation in Bahrain and Yemen isn’t disturbing just because the atrocities being committed there merit coverage. It’s especially alarming because, unlike Libya, both are close U.S. allies and recipients of major U.S. military and economic assistance — meaning that the U.S. actually bears a responsibility to make sure its assistance is not being used in ways that are contrary to American values.

One network that has been paying close attention to the revolts in Bahrain and Yemen is Al Jazeera English. It filed a detailed video report on Friday from the scene of a government attack on protesters in the capital Sana’a.


(This story was originally published in Truth Out on Saturday 19 March 2011 and has been reprinted with full permission.)