WHILST successive Australian governments have claimed unwavering public support for the alliance with the United States, the undercurrents of concern about it are strong enough to have sparked two public inquiries into attitudes to the alliance in the last year.

The first, organised by the Independent and Peaceful Australia Network (IPAN), sought written submissions, nationally, addressing the costs and consequences of Australia’s involvement in U.S. wars, the alliance and alternatives. 280 submissions were received from a wide range of Australians including lawyers, ex-servicemen, teachers, trade unionists, doctors, journalists, churchmen and women, economists, ex-diplomats and other concerned persons.

A team of expert panellists examined the submissions with respect to impact on economics, defence, foreign affairs, social need, democratic rights, First Nation Peoples, trade unions and the environment and have written a report on their findings to be released later this year. 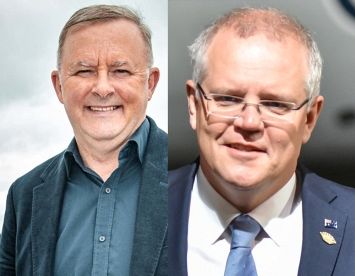 Preliminary findings however show that by far the most popular concern expressed among submissions was that the U.S. alliance has led Australia into costly wars in the past and is likely to again in the future, especially with China. Many criticised the new Cold War taking shape between the U.S. and China and expressed concern about the consequences of Australia taking sides with the U.S. to contain China.

Many submissions commented that the U.S. alliance, particularly in the context of this ongoing military build-up, makes Australia less safe and a target (including a nuclear target) of U.S. adversaries, namely China.

The likelihood of being dragged into another disastrous U.S.-led war led many submissions to criticise Australia’s lack of independence and sovereignty. There were several suggestions for specific alternative defence policies for Australia, including continental defence, self-reliance, “armed neutrality” and non-violent defence. Other submissions called for Australia to actively encourage demilitarisation, peacebuilding and confidence-building measures in the Indo-Pacific, including the creation of a new arms-control architecture.

A second public Inquiry is currently in progress involving online and face-to-face consultation sessions on ‘Australians’ views on the US Alliance’, implemented by Griffith University and financed largely by the Defence Department.

It is seeking input which addresses the questions: what is the Alliance for, is it important for Australia and why? How can and should Australia leverage the Alliance to navigate the security challenges it confronts? And what should future cooperation with the US look like — or not? In the consultation session I attended, the facilitator summed up that the themes coming through that session were a concern for sovereignty, independence and peace.

Since the prevailing government defence strategy is one of dependence on the U.S. alliance for security, those advocating disengagement from the alliance, partially or completely, need to propose alternative defence policies which are credible, realisable and affordable.

IPAN is seeking to promote such discussion with a paper and webinars asserting that Australia can indeed defend itself without relying on a big power protector, as "we are now a nation of 25 million people living in a geographically defendable environment".

The discussion paper asserts that an alternative defence policy for Australia would concentrate on the self-defence of our territory and exclude military expeditions fighting wars in foreign countries.  This would only be possible under a government embracing an independent foreign policy and would have the purpose of safeguarding independence, territorial integrity and promoting peace and indeed peacebuilding in our region.

It would need to be multi-dimensional or multi-layered and comprised of the following:

The next IPAN webinar on an alternative self-defence policy is on 8th June. Details are available here.

28 May 2022, 12:00pm There is popular support for Australia forging an independent foreign policy ...