Liberal powerbrokers allegedly make moves to try and replace Tony Abbott as prime minister — but the Sun King won't have a bar of it, reports Rodney E. Lever.

In the whispering gallery that buzzes through Australian politics these days, word has reached me from a former colleague at The Advertiser that the South Australian Liberal establishment wants to organise a party spill in Canberra before Parliament begins its 2014 sittings.

The word is that Liberal powerbrokers in the states where the population is suffering across the huge range of bushfire areas, want Julie Bishop to replace Tony Abbott as prime minister.

Further news is that Rupert Murdoch has knocked the idea on the head. He wants Abbott to stay! He can manipulate Abbott. Murdoch can’t stand women anymore. Three times bitten, never again! He has allowed too many women to ruin his life.

This, however, has not daunted former Liberal luminaries like Malcolm Fraser, Alexander Downer and Nick Minchin — all of whom are aghast at the performance of the current Federal Government over the past few months. Prime Minister Abbott has almost disappeared from the political radar and seems unable to cope with the mess he has created and remains terrified of real reporters asking real questions.

Most Australians, even many living in Victoria, would not be aware of The Melbourne Club, situated just an easy walk from the old Herald and Weekly Times office in Flinders Street, across the road from the hotel owned by Lou Richards, who played 250 games for the Collingwood Football Club and was given the pub licence by the notorious John Wren. (Lou Richards, 91, was a good friend of mine for many years). 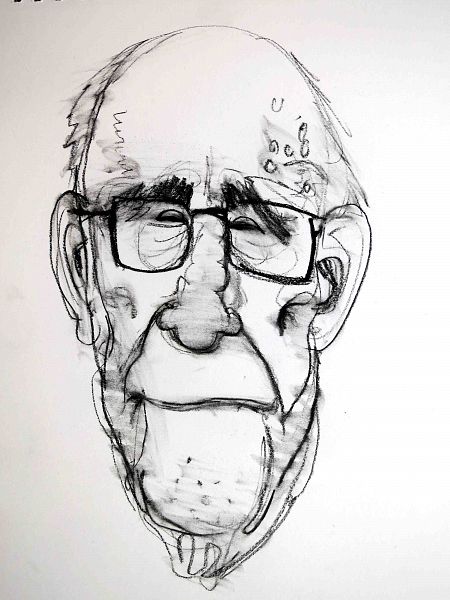 The Melbourne Club is central to Australian Liberalism and Tony Abbott has never been invited. Bob Menzies was a member and so was Andrew Peacock and Malcolm Fraser. For years, the Club played a central role in Victorian and the wider Australian establishment. Their power may have eroded after Menzies and Harold Holt, but they still pack a clout.

Should the wheel turn to Julie Bishop, however, she carries a tonne of garbage connected with the vicious misogyny campaign against Julia Gillard last year forcing her to defend wild and unproven allegations of impropriety. Julie Bishop is a proven liar and has nothing in her favour except the fact that she has been snaking through the LNP political vacuum for a long time.

There is no one else in sight in the Liberal ranks: Malcolm Turnbull? He tried once and failed embarrassingly as party leader and so far shows no inclination towards another turn and does not have the numbers, anyway. Who else: Christopher Pyne perhaps. Ugh! Scott Morrison? Yuck! Bronwyn Bishop? Help!

It appears that Australians may be stuck with Prime Minister Abbott for another two and a half years. But one more slip and they might have to invite John Winston Howard back again — perhaps in a wheelchair like the shadow of Franklin D Roosevelt emerging from the grave. Or, even worse, it might have to be Downer.

Rupert Murdoch personally organised the campaign that tripped up Labor in its last term. He imported headline wizard Col Allan from America. But now the witty headlines have rebounded against his own objectives.

In this act, Rupert Murdoch has shown himself to be a pervert. I choose that word carefully.

State governments around the country are lining up now for their chances in the coming electoral cycle. Most of them are caught up in nasty errors of their own making.

The political landscape may be soon about to change for the better.

Editor's note: In a previous version of this piece, we said Lou Richards had died in September 2013. This was incorrect; Lou Richards is still alive and kicking. We apologise for this unfortunate mistake. 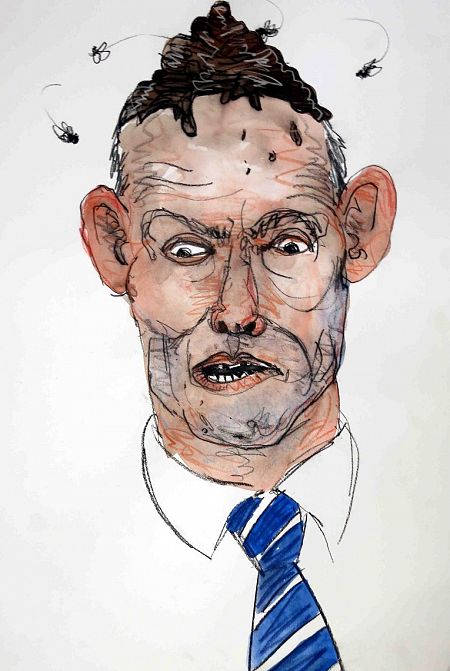 The originals of John Graham's art, featured thro this piece as well as elsewhere on IA, are available for purchase by contacting the editor at editor@independentaustralia.net.