In what could be a targeted act of political censorship, the Australian Health Practitioner Regulation Authority has launched a disciplinary process against medical whistleblower Dr David Berger, writes Davey Heller.

TRUTH CAN be powerful medicine for the body politic. As the pathogenic virus COVID-19 has spread globally it’s been followed by a wave of lies and distortions, not just from crazed conspiracy theorists but also from governments and politicised public health bodies who sought to downplay the severity of the virus.

In some cases, they have done so to justify the removal of public health measures and to cover up government incompetence. Administering the medicine of truth in response has been a brave group of scientists and medical professionals on social media.

In Australia, one of the most prominent voices has been Dr David Berger, a remote-area general practitioner who has tweeted a storm of righteous anger demanding the public be better protected from COVID-19 — amassing over 34,000 Twitter followers in the process. As well as his Twitter contributions, Berger has had articles published in The Sydney Morning Herald, The British Medical Journal and the Medical Journal of Australia.

In addition to excoriating failures in government policy, Berger has dared to criticise other medical professionals who he believes have failed in their duty of care to public health, either through the policy decisions they have made or through making incorrect or misleading public statements.

In an outrageous and possibly targeted act of political censorship, a disciplinary process has been launched by the Australian Health Practitioner Regulation Authority (AHPRA) against Berger, which threatens him with deregistration by the Medical Board of Australia.

This is not the first act of what looks like censorship against a doctor during this pandemic. Literally, in the first days of the pandemic in late 2019, the public relied on brave medical whistleblowers.

Dr Li Wenliang was the Chinese eye doctor in Wuhan who warned – via Chinese social media – of a new virus resembling severe acute respiratory syndrome (SARS). In retaliation for his drawing the world's attention to this emerging calamity, Wenliang was threatened by Chinese police for "spreading rumours" and investigated for “making false comments”.

When his plight became public prior to his death from COVID-19 in early 2020, he became a hero to millions of Chinese people.

Likewise in Donald Trump’s USA, individuals have paid a price for speaking out. As Florida Governor Ron DeSantis pioneered “let it rip” policies, Florida Department of Health data analyst Rebekah Jones fought to keep as much information about case numbers in the public realm. For this, she was sacked for "insubordination" and her house was raided by armed police who seized her electronic devices.

Is it now the turn of Australian medical authorities to join the ranks of the Chinese Communist Party (CCP) and the U.S. far-Right in seeking to silence outspoken whistleblowers?

David Berger has been instructed by AHPRA that he must complete a compulsory 'program of education' approved by the Medical Board of Australia and AHPRA or face deregistration. It is to be accompanied by reports to AHPRA by senior medical officials where he has worked.

As stated by AHPRA, Berger must produce a:

'... reflective practice report in relation to behaving professionally and courteously to colleagues and other practitioners, including when using social media...'

To add insult to injury, he must pay for this process himself.

David Berger’s potentially career-threatening breaches of courtesy have occurred whilst warning the public on positions which have been justified. 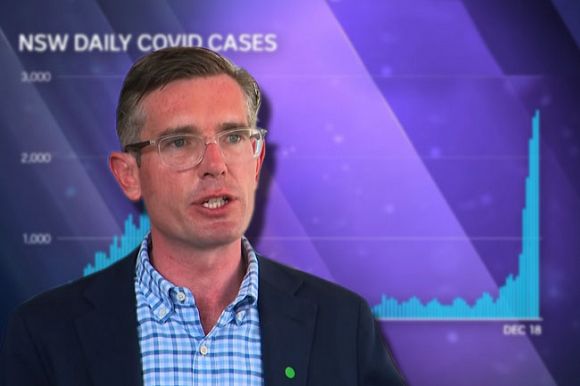 These include, but are not limited to, warning:

Meanwhile, the likes of NSW Minister for Health Brad Hazzard were free to stand up each day and defend “gold standard” delays to a lockdown in Sydney that basically ended Australia’s COVID-free status.

The Murdoch rags have been free to wage war on public health measures. Politicians of all stripes have declared we are living in a post-pandemic phase even as new surges of the virus sweep the globe.

On Twitter and elsewhere in the media, prominent health professionals have pushed positions which have proven to be incorrect.

Others have used their platforms to deny that COVID-19 is airborne or to insist schools are not major drivers of transmission. 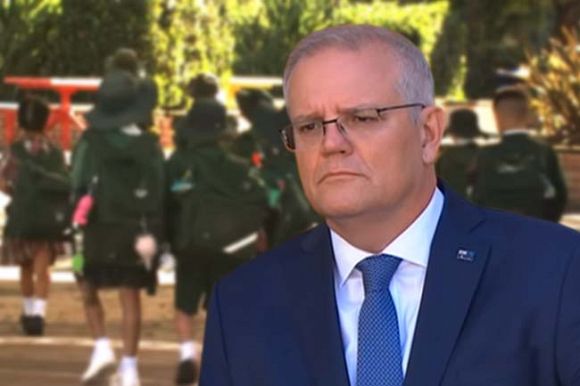 There is no doubt that David Berger has vigorously engaged in online debates with other medical figures. However, AHPRA appears to be only disciplining Berger, despite his position being vindicated by both science and experience.

This raises the broader question: are notions like “courtesy” and “professionalism” being used to silence one side of this medical debate — the side that cuts across the positions of governments who have moved away from public health measures?

If we have learnt nothing else in the last two years, it is that public health is inextricably a political process. It is utterly outrageous that the Medical Board of Australia seems intent on trying to silence one side of this debate to protect the powerful.

The treatment of David Berger must be met with a campaign to defend not only his freedom of speech but the right of all medical professionals to speak out. The health of both our democracy and our literal collective health depends on it.