Media bosses must stop meddling in our democracy

The CEOs of all the major Australian media organisations have written a letter to the prime minister denouncing the need for any new media regulation. Assoc Prof Martin Hirst has written his own letter — to the big media bosses, saying: "We did not elect you, so stop interfering in our democratic processes." 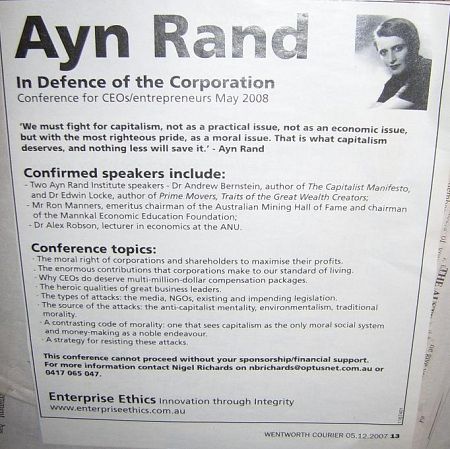 Thanks for your recent letter to Prime Minister Julia Gillard outlining concerns some of you have about regulation of the news media industry.

First a question regarding your views of a proposed “public interest test”: What are you afraid of?

Your letter suggests that any public interest requirement would be a “massive” increase in regulation. But your evidence for this is very slight and even misleading.

For example, you mention the Australian Communications and Media Authority (ACMA) rules on media ownership, but these do not apply to the print media. The Australian Competition and Consumer Commission’s (ACCC) powers and the Trade Practices Act are in place to protect the interests of news consumers, but they are not a protection of our rights as citizens.

It is also hard to make an argument that these regulatory systems have been a resounding success.

This legislative armoury has not prevented the Australian news media being one of the most concentrated in the world.

In print most of us have only a very limited a choice between two giant corporations and in the broadcast media similar conditions apply.

Nor has 40 years of so-called self-regulation been particularly effective. Even your new Press Council chief admits this and he’s also prepared to accept government funding to help fix the problem. Why don’t you mention this?

Your letter states your objections to an “unacceptable” public interest test because it could “compromise” the “asset value” of your businesses and have a negative impact on “Australian and international equity holders”.

This is the real interest that you are defending. And rightly so. As CEOs responsible for billions of dollars of investment, you are obliged to put the interests of your shareholders first.

I’d also like to address your point about low barriers to entry in the news media business. On paper this may seem a fine argument, but the reality is that for anyone entering the market to match the scale and scope of audience reach that your companies currently have, would take an investment of a billion dollars or more.

That is why one of the world’s richest people, Gina Rinehart, and not Josephine Blogger of Wentworthville, is able to buy a significant stake in the Fairfax company alongside her substantial holding in the Ten Network.

You cannot seriously expect us to agree that Ms Blogger’s vanity project is any match for the power of the near-monopoly position of the commercial news industry in Australia.

At least, I must congratulate you for being up front about your real interests and for being frank about this matter.

But, please, do not confuse these private and financial interests with those of ordinary Australians who do not hold equity in the companies you represent.

You see, the news media is not really “just another business”.

Unlike widgets, news is an information commodity and it is the currency of democracy today.

It is legitimate for governments to make rules in this area just as it is in health and other matters in which there is a public benefit and a public interest.

Let me provide a useful analogy.

If governments did not regulate the sale of tobacco products, for example by banning most forms of cigarette advertising, we would still have Paul Hogan imploring us to have another Winfield “anyhow”, despite the overwhelming evidence that smoking is the number one cause of premature death in the world.

There is an overwhelming public interest in governments stepping in to regulate tobacco products. But let’s be clear this only occurred because of public pressure and public agitation. In other words, government acted because we, the people, demanded it.

Now we are asking that the government look at your industry with the same principles in mind.

Which brings me to your objections on the grounds that a public interest test or stronger management of complaints handling are “dangerous to free speech”.

Again a comparison with the tobacco industry is relevant.

Late last year one of the senior columnists employed by you defended tobacco companies against Australia’s plain packaging laws on the grounds that they infringed the free speech rights of the tobacco companies.

At the time I wrote that it is actually the tobacco companies that have a long history of denying the free speech rights of their opponents through dirty tricks campaigns and by paying millions of dollars to lobbyists or to bury damaging research.

To defend the commercial interests of big tobacco on the grounds of free speech is insulting to the victims of smoking.

You are in danger of making the same mistake because you too have confused the property right of ownership with the individual’s human right to freedom of expression.

As the great American journalist A J. Liebling noted during his long career at The New Yorker and other publications: “Freedom of the press is guaranteed only to those who own one.”

This is not a guarantee of freedom of speech for the rest of us. Quite the opposite in fact. All that is guaranteed is the right of your editors – hired to reflect and promote your corporate interests – to select and promote viewpoints that accord with your commercial desires.

The result is not freedom of speech for all. Instead we – the consumers in your view – have a limited choice of viewpoints ranging from the Labor right (Graham Richardson) to the hard right of Australia’s political spectrum (the Institute of Public Affairs, Judith Sloan and those of a similar ideological bent). Conversely, the views of “the Left” are rarely given space, never defined and only ever ridiculed in their absence.

At the end of the day the democratic interests of Australians as political citizens are not well represented by the material served up to us as consumers of the news commodities you collectively produce.

After all, numerous studies from Australia and around the world demonstrate time after time that more than half the information you dish up as “news” each day is sourced from PR operatives and government spin doctors.

Unfortunately, it is not labelled as such and it is certainly not vetted by your editors for its public interest value. In some cases it is even knowingly foisted on us because to tell the truth would clash with your commercial interests.

Finally I think you are being very cheeky to complain about the tone of the news coverage of the Finkelstein and Convergence reviews.

You are right that much of the coverage has been “egregious with little comment…on the important principle which is at stake here”. 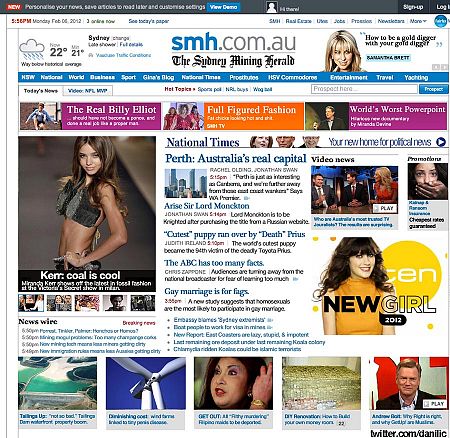 But whose fault is that?

It is actually yours. It is in the news, opinion and editorial columns of the newspapers and on talkback radio that the tone of hysterical outrage and fear-mongering has been promoted.

The recommendations of both inquiries have been misrepresented and attacked. There has not been a reasonable debate.

And yes, the important principle at stake here has been studiously ignored.

The important principle is not a slight imposition on your commercial interests, no matter how you try to dress them up with talk of freedom of the press.

The principle is that we – citizens – elect governments to carry out our wishes. The system does not always work perfectly, but it is democracy in action. We are ultimately in control. If we don’t like what our elected representatives are doing we can throw them out. They are subject to popular recall.

But who are you responsible to? Not to us that’s for sure.

We did not elect you, so stop interfering in our democratic processes.

(Associate Professor Martin Hirst is a member of the Media, Entertainment and Arts Alliance. Read more by Martin Hirst at his blog ethicalmartini.wordpress.com. This article was originally published at The Conversation. Read the original article.) 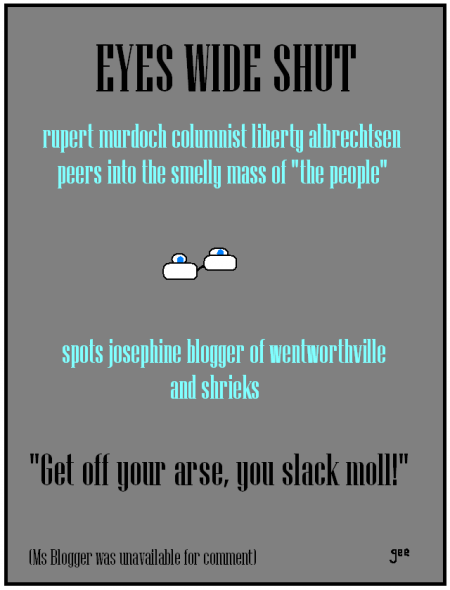