Progressive movement March Australia is holding rallies all around Australia this weekend to protest against backward government policies, writes Loz Lawrey. Make sure you get down to your local March to make your voice heard.

THERE IS A DEEP MALAISE permeating Australian society and it deepens every day. A sense of insecurity, of disenfranchisement, and in some sectors of our society, of abandonment.

Community outrage over the agenda of the recently elected Abbott Government led to the emergence at the start of this year of the March Australia grassroots people's movement from the social media platforms of Twitter and Facebook.

Over a few short weeks, unpaid volunteers worked cooperatively across the nation to organise the nationwide March in March protests which culminated in the delivery of a 'Statement of No Confidence In The Abbott Government' to Parliament House in Canberra.

March Australia is a network of over 40 regional groups working under the banner of 'The People United For Better Government', supported by a national team which assists and advises on event management and media liaison, helping to coordinate the efforts of volunteers and provide general support.

"March Australia gives ordinary Australians an opportunity to express their concerns in a very visible and empowering way. There is great comfort and strength in unity. People need hope right now, and our movement represents everything that is good about our country — ordinary people coming together to do extraordinary things, in this instance demanding decency, integrity, transparency and accountability from the Federal Government.”

The March Australia rallies this weekend will feature well-known speakers such as human rights and refugee advocate Julian Burnside, who will address the Melbourne rally on Sunday. Representatives of community groups and concerned citizens from all walks of life will speak on issues that affect Australians today and the impacts of the government's decision-making.

Sally sums up the feelings of March Australia supporters when she says:

Further rallies protesting decisions and policies of the federal government will be held in 29 locations on this coming weekend of 30 – 31 August.

Marches will be held in 29 locations around Australia.

Local march details with times and locations can be accessed at the March Australia website via this link: marchaustralia.com/locations.

GET READY TO MARCH across Australia THIS WEEKEND. Click on the link below to find the nearest march to you. If... http://t.co/fYXlloYo4Z 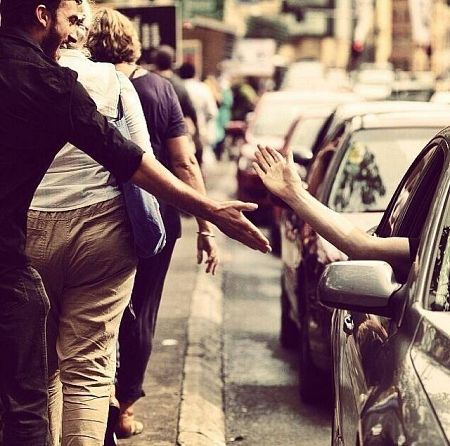 2 September 2014, 9:30am The March Australia movement has declared the latest round of ongoing protest ...