The March Australia movement has declared the latest round of ongoing protest rallies against the Abbott Coalition government to be an inspiring success for "people power".

Angered by Government policy, people took to the streets in 27 locations around Australia this weekend, from the state capitals to the more traditionally conservative regional centres such as Bega, Bathurst and Cairns.

Tens of thousands joined the marches, the fourth cluster of rallies since March.

March Australia organisers say that it's an incredible result and that they couldn't be more pleased with the turnout.

“It's about enabling people to have their say” said Melbourne organiser Andrea Gorman.

“We are a young, new movement with a lot of energy and support. There is a need for people to take to the streets. The people who came out on Sunday showed this government that we, the people, will not accept the cruelty and divisiveness of their policies."

“I saw an incredible passion and energy from the crowd and an overwhelming positivity from the speakers. I felt moved by the speakers, especially those who gave us a call to action.”

March Australia is attracting support from across the demographic spectrum and people of all ages from all social backgrounds could be seen marching together to voice their concerns about the Abbott Government's agenda.

Writer and social commentator Van Badham, who hosted the Melbourne rally on Sunday, said that the fledgling March Australia movement is evolving into a force to be reckoned with: 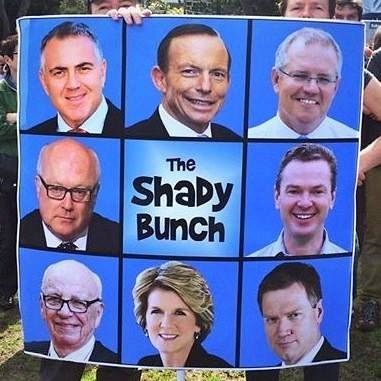 “In the six months since the marches began, participants have become activists, and more and more demonstrators are turning into skilled organisers. Ordinary people are joining campaign movements, and diverse organisations from regions and cities, across the social spectrum, are working together. It's an exciting political time for Australia."

Organisations represented by speakers at the marches included representatives from such diverse organisations as the rural Lock the Gate Alliance, feminist campaign group Destroy the Joint, the Save the ABC campaign, Greenpeace, along with several Indigenous and religious organisations.

March Australia organisers agree that, as organisational tactics evolve, the electoral "people power" channeled through the March movement is becoming an influential voice in Australian politics. 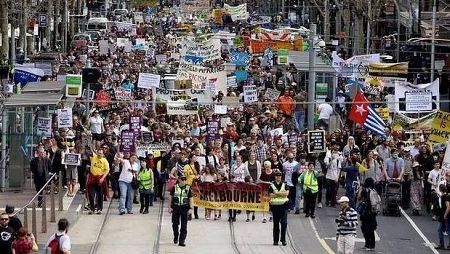 2 September 2014, 9:30am The March Australia movement has declared the latest round of ongoing protest ...

29 August 2014, 2:00pm Progressive movement March Australia is holding rallies all around Australia this ...
Join the conversation
comments powered by Disqus
Daily news
Get FREE daily updates from IA to your inbox.
Just in
SHOP AT IA