The Perrottet Government's shutdown of the NSW rail network was mislabeled a 'train strike' by a compliant mainstream media, writes Dr Jennifer Wilson.

ON MONDAY 21 FEBRUARY, trains in the Sydney network were cancelled by the NSW Government, causing chaos and fury amongst the millions of people dependent on the services to get them to where they needed to be. The situation was described, inaccurately, by Sydney Morning Herald editor Bevan Shields as a ‘Sydney train strike’.

The Rail, Tram and Bus Union did plan industrial action, but it was not going to cause any disruption to services. However, workers turned up on Monday only to find themselves locked out as the Perrottet Government closed down the rail network following weekend negotiations with the union.

This was not a strike by workers. It was a lockout by the bosses.

The subsequent Monday chaos was caused not by the union or by Labor, but deliberately – and with particular intent – by the NSW Government. 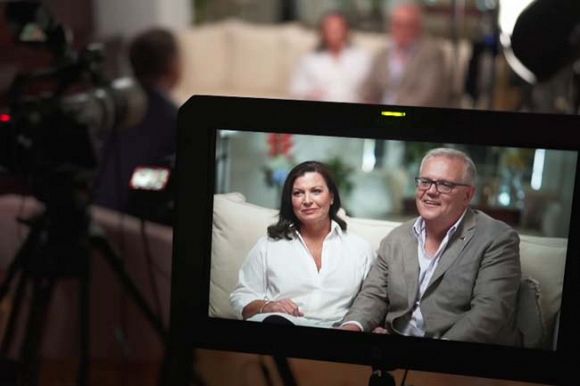 In an act of political mendacity of the kind we have come to expect from the Liberals, NSW Premier Dominic Perrottet claimed the situation was a “co-ordinated attack by the Labor Party and the union” whom, he declared, are in bed with each other “to cause mass disruption”.

NSW Transport Minister David Elliott accused unions of “terrorist-like activity”, while Employee Relations Minister Damien Tudehope described the situation as “industrial bastardry of the worst form”.  Prime Minister Scott Morrison weighed in with a moral declarative: “This is not how you treat your fellow citizens” — a notable comment from the man who has a well-earned reputation for treating his fellow citizens with contemptuous disregard and worse when it suits his purposes, which is most of the time.

Federal Industrial Relations Minister Michaelia Cash joined the fray, along with her junior, Senator Amanda Stoker. Clearly, the whole episode was an orchestrated attack on unions and the ALP, robustly propagated by The Sydney Morning Herald with little regard for the facts of a complex situation and even less regard for the MEAA Journalist Code of Ethics.

A reminder to reporters covering the NSW train lockout@withMEAA Code of Ethics, clause 1, inter alia states: ‘Do not suppress relevant available facts, or give distorting emphasis.’

Relevant fact #1: this is not a strike. Don’t call it one.https://t.co/bdKxjvvXIZ

A furious backlash from workers, union officials, the ALP and social media provoked a flurry of activity from Bevan Shields, who firstly set about blocking those who challenged him on Twitter, then published a poll in his paper asking readers who they believed was responsible for the shutdown of Sydney trains.

Of the respondents, 65 per cent held the NSW Government responsible, putting paid to Shields’ claims of a strike. Bafflingly, the poll immediately disappeared.

The nerve of Bevan Shields to deliberately misreport a situation, then run a poll to see how many people believed it.
Absolute scum.

It appears Shields failed to read the room, which is concerning given he’s the paper’s editor.

It’s a new low in Australian journalism when a once-respected media outlet knowingly publishes misinformation designed to further the interests of a particular political party, then conducts a poll to establish how many of its readers believed the misinformation. It’s heartening that many readers recognised the blatant political propaganda and called it out.

While we’ve come to expect L-NP bias from the majority of media outlets in this country, including, sadly, the SMH, Mr Shields’ efforts took that bias to the next level.

Many of us are used to such blatantly manipulative tactics from the Murdoch hacks, who are quite openly the propaganda arm of the L-NP. We are gradually accustoming ourselves to the steady decline of the SMH, as it slopes off to join News Corp in the journalistic gutter, hoping we won’t notice.

Mr Shields’ effort on Monday is a two-fold achievement: he got a lot of miles under his belt on the journey from respected masthead to “wouldn’t wrap my chips in it” and he did so with a breathtaking lack of subtlety that made his trajectory obvious to just about everyone. 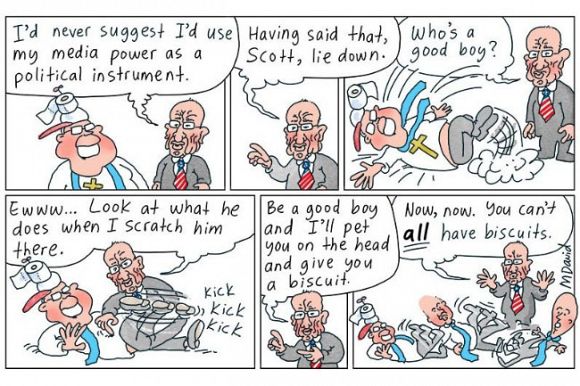 Australia is suffering from a lack of journalistic integrity with many news outlets bowing down to the Liberal Party's agenda.

He also rather spectacularly failed to understand his readership, many of who still held out hope that the SMH would salvage some of its past dignity, despite increasing evidence to the contrary.

These thoroughly despicable events make it clear, in case you were in any doubt, that the L-NP will go to any lengths, even shutting down an entire transport system, if it sees an opportunity to discredit the ALP prior to the Federal Election. Dominic Perrottet doesn’t care if you can’t get to work, or school or the doctor, or anywhere else. You are a pawn in their game, and that is all you are.

They will lie, they will cheat, they will cause you any amount of turmoil and distress if they see an opportunity to turn you against Labor.

Many people have seen through this most recent attempt at manipulation and there’s been a significant backlash from those of us who are politically engaged enough to be sickened by the lies. However, at first blush, it does appear from media reports that there was indeed a “strike” and those who are not particularly involved will accept that narrative.

This is what the L-NP and propagandists such as Mr Shields count on, that the false narratives will convince sufficient people to keep them in power. They aren’t interested in truth. It’s marketing, stupid.