Little Britain must keep calm and carry on — and so must Australia, says contributing editor-at-large Tess Lawrence.

LITTLE BRITAIN MUST KEEP CALM and carry on, despite Britons voting to Brexit.

And in Orstralia, we musn't get our knickers in a knot either.

Just because their Prime Minister David Cameron has announced his resignation doesn't mean we must fall in a coal heap, even if it is good for humanity.

We've got a Federal erection happening in a few days, remember. We need to have our twits about us.

After all, the divorce from the European Union will take a couple of years to be decreed absolute, Article 50 also known as the "Lisbon Treaty" nothwithstanding.

Consider the bureaucratic intricacies and complications of the EU pre-nuptual contract, itself written during a particularly noisy revivalist service of pogo-stick-jumping-line dancing evangelical charismatics.

They were spontaneously speaking in many forked tongues, in a language hitherto unknown and yet to be deciphered, whose resin steeped embalmed folders remain firmly secured in a safety deposit in the Pomeranian headquarters of the internationally accredited not-for-profit charity, Mossack Fonseca.

It may yet be possible to secure a quickie divorce from the EU, as in an annulment from Pope Francis, if it can be proven that the union was unconsumated or that one or more of the parties tricked the other into thinking they were pregnant, or a wealthy friend of Australia's Cardinal George Pell, now ensconced in the Vatican compound, or if one is prepared to make a substantial donation to Parakeelia Pty Unlimited, an organisation that assists with providing emergency accommodation in Australia for homeless aged political leaders living in poverty and doing it tough.

I have consulted the Domesday Book, Myki card, ouija board, read tea leaves, communed with  faeries at the bottom of the garden, seen visions in the sediment of Vietnamese coffee made from beans excreted by civet cats and brewed in a copper kanakah — and all prophecy the same thing.

Only, I decided to hold a rather sad one-woman séance, the medium in my case, being a stray bottle of Baileys Irish Cream that was passing by at the time and now I've forgotten what it was.

I sort of remember that Boris "the Borat" Johnson, whose hairstyle is the world's second most famous coif, next to that which sits atop the skull of US Presidential contender Donald Trump, is mooted to be the next prime minister of the rapidly Disuniting Kingdom.

But anyone knows that, so it can't be counted as a fair dinkum channeling.

Will the real Boris Johnson or Little Britain's Vicky Pollard be Great Britain's next  Prime Minister ? Are they one and the same ?  Britain and you decide.

Boris has already served a splendid and noisy apprenticeship, working his way down from his most successful job as Lord Mayor of London – the best known mayor since the 14th century Dick Whittington and his famous rat catching cat who thrice or maybe four times deservedly got the cream and the gig of Lord Maior of London, their legacy and legends giving the Brits and the rest of the world one of our fave naff pantomimes.

Besides, Boris gets on well with the Queen and is one of the few men in England with gingerish hair to have avoided rumours of fathering Prince Harry.

As key spokesman for the victorious "Leave" team, Johnson is already putting together his prime ministerial dream machine.

Around the world, as we see with the likes of Trump and Johnson, people seem drawn to unpolitical politicians who are not political careerists in the stereotypical sense and may fairly be described as eccentric.

Moreover, like Trump, Boris was born in New York and as such, after he finishes his stint as prime minister of England can cycle the Atlantic to stand as President of the already Disunited States.

Indeed, in 2012, he discussed both of these possibilities with talk show host David Letterman:

What little remains of the British Empire — Ozstraya, Scotland, Ireland, Wales and suchlike, are already speaking of seceding and becoming independent.

True that while the majority of Scots voted to remain in the EU, there's something fishy about Scotland's threat to hold another referendum to consider leaving Mummy England.

Even the names of some of their pollies are suss and seem to have been made up by the tourism board to publicise salmon fishing and spey casting.

Their first minister is called Nicola Sturgeon, no less. What a hoot. We all know that sturgeon fish are bottom feeders but they produce the best caviar and are consequently endangered in some parts of the world.  But get this, Sturgeon herself replaced a chap called Alex Salmond, another made-to-order name, surely.

In Australia, given the sibling rivalry and ribaldry that exists between England and the Antipodes, their pain will be our pain ? Maybe.

Standby for Tasmania to do a "Scottie" and seek independence from the Mainland. And for Norfolk Island to stage a bloodless coup. 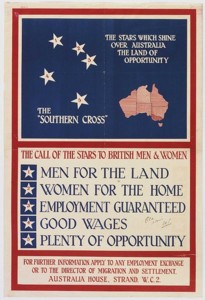 Prepare for the mass migration of economic refugees and asylum seekers, people of white colour swarming here in their thousands on ships and planes chartered by ruthless money-grubbing people smugglers, charging as much as ten quid for families of up to 15 or less.

They breed like cheeky rabbits and aim to impose their religion and culture upon us.

Their sole objective is to restore the global empire of Britannia that was once their rich dominion but is now reduced to the island of Britain and a few hangers on, including Terra Australis.

They are now abandoning Britain in droves, leaving it to the invading hordes of refugees and foreigners.

For the second time in several hundred years and with the sole purpose of reclaiming this continent as their own, despite the obvious presence of more than 23 million inhabitants, including  descendents of Sir Donald Bradman, Britain has again declared Australia as Terra Nullius.

The new name for Australia will be Nova Britannia and already a new coat-of arms is being drawn up featuring a lion with a kangaroo carcass under one paw and a struggling koala in its bloodied mouth.

How will #Brexit affect Australia? If nothing else, it will complicate our relationship with the EU. https://t.co/chFFfxovPi