Libs must add NBN to Medicare and superannuation

The Liberals will just have to get used to the NBN – just like they did with Medicare and compulsory superannuation – says Trevor Cook. 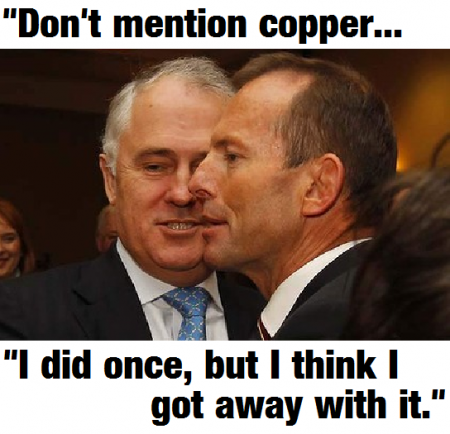 AN ARTICLE of faith for the post-John Howard Liberal Party is that, like their heroine Margaret Thatcher and the U.S. tea partiers, it doesn't believe in society (we're all individuals, and families), and so it hates anything that smacks of collectivism, universality, and everything else they see as mere euphemisms for socialism.

Bob Menzies' Liberals were, like the ALP, big on nation-building, so a few modest efforts at building social infrastructure were OK. When Menzies won in 1949, he essentially pushed on with Ben Chifley's Keynesian, full employment policy framework with very little change. The sort of the economic policy agenda that would have a modern Lib sniffing about creeping socialism (and, god forbid, public debt). But, ah, you know, post-war reconstructionism (basically an effort to avoid another Great Depression) was sort of working and popular.

The problem for the modern Libs, as with the U.S. Republicans, is that the public only sort of buys into their views about individual responsibility and the trickle-down, and then only in a theoretical sense, as long as it applies to someone else and not to them.

Howard's Libs spent a lot of time in Opposition trying to come up with a way of ditching 'socialised' medicine without making anyone worse off.

This effort reached a nadir at a media conference given in January 1990 by then Opposition shadow health spokesperson, and much vaunted rising Liberal star, Peter Shack, who had to concede that the Libs' efforts had failed miserably.

In attempting to explain this fiasco, Shack offered the lame, but accurate, "we've never been good at health policy". This has remained one of my favourite ever media conference moments.

And so, in 1996, John Howard – making sure his efforts to make the Lodge hit no unnecessary ideological snags this time around – threw in the towel and supported Medicare, promising to retain it.

The Libs also hated compulsory superannuation and long struggled against it, yet it survived Howard's 11 year tenure as PM pretty much unscathed. Instead, the Libs made super even more favourable to the rich. If we have to have socialism, let's at least have socialism with a decent social hierarchy embedded in it.

Now we have the NBN.

The Libs hate it – too much public money being 'wasted' on too many people – but what can they do. Despite its well-publicised delays, cost blow-outs and so on, the NBN remains highly popular in the electorate. It is especially popular in National Party electorates.

Broadband seems now to be up there with health and super as something most Australians seem to believe most people should have good access to no matter where they live, or how wealthy they are. We Aussies believe in freedom with a bloody strong and wide safety net.

One problem for the Libs is that their efforts at a 'private' solution on broadband access were tried during the Howard era and, like Shack's health policy, it just didn't add up. They just couldn't get it to work. Like health for everyone, they discovered, broadband for everyone actually costs money.

Turnbull's new broadband policy is an attempt to have an NBN by any other means. 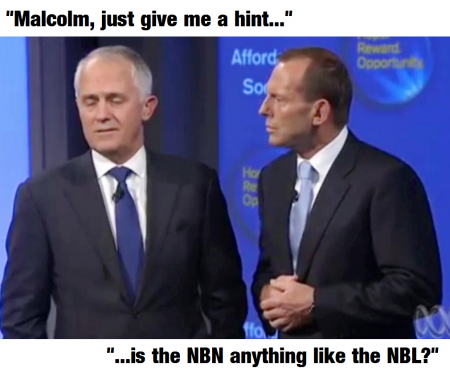 Poor old Malcolm, usually so urbane and confident looked a little like Peter Shack yesterday — out of his depth and trying to flog a crock.

The Libs don't dare do a Howard and just throw in the towel on this one as a lost cause. Well, not yet. There's the problem of trying to not let Abbott be revealed as a policy neophyte. Howard could at least fallback on a wellspring of ideological and policy gravitas.

But this is just a staging point in an ongoing process. As Turnbull (in an Abbott government) tries to iron out the problems in yesterday's hodge podge the Libs will end up with something that is damn close to Conroy's NBN.

The sooner we get to that bipartisan position the better for all of us.

(This story was originally published on Trevor Cook's blog and has been republished with permission.)

Libs must add NBN to Medicare and superannuation

11 April 2013, 10:08am The Liberals will just have to get used to the NBN – just like they did with ...
Join the conversation
comments powered by Disqus
News updates