Recent events have been a cynical political windfall for the Abbott Government. Chris de Bono says it’s time to reframe how the nation perceives refugees.

In 2001, the Howard Government was lagging in the polls and found its saviour in politicising and dehumanising the lives of 348 asylum seekers picked up by MV Tampa.

We know the story and the political strategy very well by now.

Fast forward to 2013 and we can observe a conservative government swept to power without either any discernible vision for the nation or strong leadership.

With a string of insipid, uninspiring public appearances and a range of questionable policy decisions, it is reasonable to think that this government might now be on shaky ground. And it is true that the most recent Newspoll had the Government 8 per cent behind on a two-party preferred basis.

To counter this ‒ as a distraction from other more concerning issues that we should be interested in ‒ the government is looking to repeat history as they whip up a jingoistic political storm over the issue of asylum seekers.

It is the same formula that worked for Howard in 2001: dehumanise the asylum seekers, overestimate the size of the problem, convince the public that we must act and show a ‘strong’ hand in dealing with the co-called ‘crisis’.

Sleep well tonight because Tony and his gang are going to provide the blanket of security under which you can comfortably sleep. Crisis averted.

Of course, in the Australian context, this is all complete bollocks. Our borders are not being threatened. We are in no danger of being flooded with people seeking to breach our “sovereign borders”. Only a tiny number of people are ever likely to attempt the dangerous sea voyage to Australia.

There has been plenty of analysis and comment on how John Howard managed to turn around the 2001 election through the politicisation of the asylum seeker issue. That same year, we also observed how opposition groups failed to change the tone of the conversation and we are seeing the same failings playing out in the current chapter.

Minister Morrison is playing an information management game and trickling out information in an effort to keep this issue alive.

The Government is in control of the conversation.

While this issue is on the front page of our national newspapers, it is not only strengthening the government’s position on border protection but is also allowing it to get on with its other unpleasant agenda with little scrutiny.

The question that progressives and opposition groups need to address is how do they generate a strong message that is going to gain traction with the public?

We saw some significant inroads with recent vigils being held around the country in honour of Reza Berati. But this is a fleeting moment in time and will quickly be forgotten. The personal and humanising effect of naming Reza Berati and holding a national vigil for him has already been largely forgotten and overtaken by Minister Morrison’s trickery in strategic releases of 'corrections' to his initially erroneous and misleading press conferences.

At each new low point of this Governments handling of the asylum seeker issue, we see a fairly predictable 24-hour news cycle.

There is an event, a Government statement, some bland mainstream media reporting and various opinion pieces on sites like IA. Within 24 hour, the frenzy has slowed and the Government re-enters the conversation. The whole time, it has been in control of the conversation and its tempo.

The challenge for opponents of this Government’s diabolical approach towards refugees is to gain control of the conversation. Instigating and maintaining the momentum of a national conversation requires a vision. Associated with that vision is some clever communications to get people to actually hear your vision.

It becomes the sort of strong statement that resonates so readily and so well in a newspaper headline. 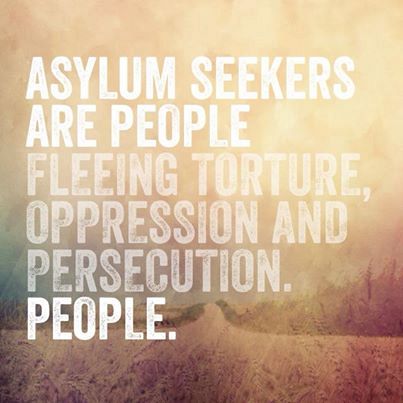 And while accepting boat arrivals into the community while their refugee claims are being assessed may sound like collapsing our borders, not protecting our sovereignty or opening the flood gates — saying we are actively providing community based support and opportunities to ensure that new Australians are valuable contributors to our community and our economy has an entirely different resonance.

Do we really need a Minister for Border Protection? Who exactly is threatening our Borders?

Maybe a Minister for International Humanitarian Contributions would be a more suitable title.

And let’s stop calling them boat people and asylum seekers, which might be correct in terms of strict definition but has such a negative connotation.

Given that over 90 per cent of boat arrivals are assessed as genuine refugees, let’s acknowledge this and call them New Australians.

And how about we send them a cheery greeting when they arrive rather than scorn and rejection; wouldn’t that be nice?

Welcome to Australia. I look forward to sharing it with you and I hope that you enjoy it as much I do.

Watch out for crocodiles, sharks, spiders and snakes. 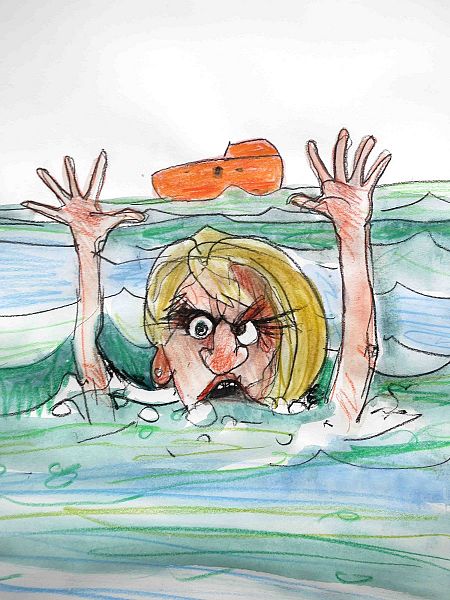 27 February 2014, 6:00am Recent events have been a cynical political windfall for the Abbott Government. ...

Manus Island: Must do better

Tasmania's progressive alliance: A political convenience or a necessity?

21 January 2014, 5:30pm At the same as announcing of an election in March, Tasmanian Premier Lara Giddings ...
Join the conversation
comments powered by Disqus
News updates