Julia and Tony: the job applications

Jenauthor tells the tale of Julia and Tony, two employees at a company who have applied for the same senior position. 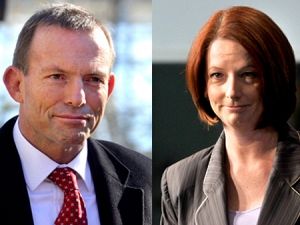 Two applicants have been short-listed for the position of manager of a call centre.

Julia has been doing the job for the past three years and the company has been expanding at a level of 3 per cent per year. The recent big economic downturn failed to hit the company as the management aggressively expanded, taking on extra staff and improving equipment and services. While the current economic conditions aren’t great, the company is holding its own.

Tony, a junior advertising manager at the time of the downturn, was vehemently against the policy of expansion — he and his advertising team felt it better to downsize and consolidate in an attempt to minimise prospective losses and protect his five star clients who give him the most in the way of ‘kickbacks’. The CEO of Stenographers Inc has been a great supporter of his elevation.

Interviews take place in the company owner’s office, with three stenographers who will offer commentary when needed.

Interviewer: So Julia, why do you think you should continue in this job for the next three years?

Julia: Well, sir, I think I have proven, through good stewardship, that the company has fine prospects and can keep expanding. I’ve kept costs down, increased worker benefits and upgraded much of the infrastructure.

Interviewer: And what have you done to help this expansion?

Julia: As you know, we have set up an excellent economic structure, with room for expansion that has built in buffers against a sudden downturn in sales. We’re also putting in place long term structures to train future staff, and measures to aid staff with disabilities. We’ve also built in long term upgrades for equipment to keep pace with future needs.

Interviewer: Yes, I see it all laid out in your application. Let me just pass it onto the stenographers.

Chief Stenographer: Don’t worry, we don’t need it. We’re told Julia is lying about everything. 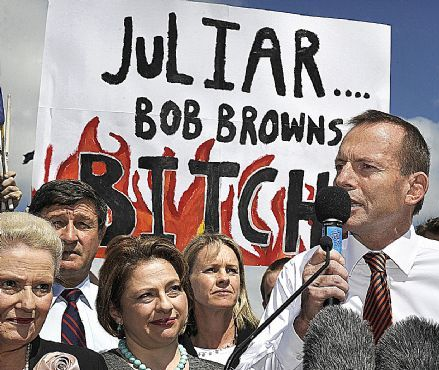 Julia: [Frowns quizzically.] It’s all there in black and white. The sales figures and upgrade estimates are all there.

Second Stenographer: Yeah, but do you wear the right uniform? I mean, uniforms are important!

[Julia shakes head, thinking — “are these stenographer’s for real?”)

Interviewer: Now, Tony, why do you think you should be given this position?

Tony: Have you seen my shiny blue resume?

Interviewer: But what about your plans for future sales?

Tony: It’s all there in the shiny blue booklet.

Interviewer: But Tony, it actually isn’t … there are a lot aspirational statements, but nothing concrete like Julia’s plan.

Tony: But it’s shiny, sir. If you give me the job, I’ll tell you my concrete plans once I have the big desk. And you KNOW me, mate, I’m one of you … not like Julia. You can trust me. And don’t forget my shiny booklet (grins evilly as he holds it up for the 3rd time)

Stenographer 3: Yes, it is certainly shiny. I agree. According to Rupert, the boss of Stenographer’s Inc., you’re ‘de man’.

Interviewer: Julia, what are your plans for our telecommunications going forward?

Julia: Massive upgrades are the only way we’re going to keep ahead of our competitors. I have started full replacement of all technology to make us more efficient, with greater scope for expansion into the future.

Interviewer: And Tony? On telecommunications?

Tony: Well I’ve got this mate, sir. He knows everything on this. He’s saying that we can cut the phone lines off at the earpiece and salesmen can yell into the exchange. It’ll cut our costs by 5 per cent.

Interviewer: And this will help us long term?

Tony: Oh yes, sir. We can then trim our labour costs, bust the union and help my mate, the Stenographer Inc. CEO keep his pay TV investments. He’s promised me all the support I need to make this a happenin’ company without actually DOING anything.

Interviewer: Ahhhh. Now I understand. Your shiny resume was produced by your friend at the Stenography Inc.? And he promises everything will be great for ever and ever?

Interviewer:  [Looks at the stenographers and smiles.] Looks like we have a new Manager, then. Congratulations Tony.

Julia and Tony: the job applications

8 May 2013, 12:01pm Jenauthor tells the tale of Julia and Tony, two employees at a company who have ...
Join the conversation
comments powered by Disqus
News updates