By Peter Wicks | 30 June 2012, 12:34am | comments |
We've all heard a lot about Jacksonville, but have you ever been to nearby Lawler Creek? Tour-guide Peter Wicks takes us for a day trip. 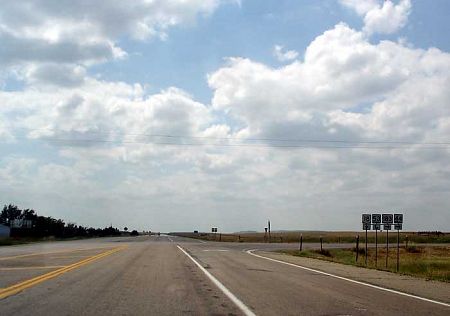 OVER the course of the last couple of months I have been looking into the goings on within some parts of the HSU — and into a place I have often referred to as 'Jacksonville'.

Today, I wanted to take a small peek into another town that borders Jacksonville. A place by the name of Lawler Creek.

I thought it might be beneficial to look at some of the residents of Lawler Creek.

Most of you will know Michael Lawler from my previous posts on the HSU. Michael is the Vice President of Fair Work Australia, which seems to have unwittingly become based in Lawler Creek, despite attempts by its President, Iain Ross, to see that it doesn’t. Michael is also the partner of Kathy Jackson.

Kathy, is of course Craig Thomson’s accuser, Craig is an MP in a place that I like to refer to as the “real world”. It seems Craig must have done something in the past to upset Kathy, and we all know what they say about women scorned and hell’s fury...

Kathy is also the Whistle-blowing, cheque req signing, credit card thrashing, secretary of the number 3 branch of the HSU — or at least she was until an administrator was appointed by the Federal Court to clean up the mess.


Michael, of course, is devoted to Kathy; he helps her with all sorts of things around the house, and offers words of advice. It has been alleged that Michael even helps Kathy with affidavits for Federal Court, and is rumoured to have written speeches for Kathy to give at HR Nicholls' events for her new Liberal Party pals.

It has even been reported that he allegedly hacked the emails of former HSU employee’s and made allegedly threatening phone calls on her behalf. Indeed, Michael is even reported to have initiated a police investigation into the HSU for Kathy — as a “private citizen”, despite being Australia’s second most senior industrial judge. 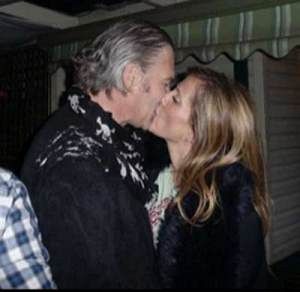 Of course, now that things are starting to turn around, Michael now believes he should stay out of it. After years of being so deeply involved in the HSU debacle he needs a snorkel to find clean air, it has now become suddenly inappropriate for him to comment on the HSU — other than to say he is supporting Kathy.

It is sweet that he supports Kathy in the face of overwhelming evidence against her. Being a member of the Jacksonville Supporters' Club, however, is turning out to be a lonely hobby. The only sounds Michael will hear at those meetings will be the sound of his own voice echoing and bouncing back at him off the walls. That is, unless Peter Reith drops in, of course…

Michael now wants us to know that he had absolutely no influence over the investigation by his organisation. The investigation that devoted most of its findings to speculation on the guy his partner was accusing, Craig Thomson — and devoted little space to his partner Kathy’s, or her ex husband Jeff’s, activities. A professional investigation over 4 years by an industry watchdog that ignored, or somehow missed, mountains of evidence — but yet a blogger found in two weeks from his study.

I don’t see how anybody could have suspected Michael would have influenced the investigation; it all sounds pretty kosher to me....

Another regular visitor to Lawler Creek is Tony Abbott, the Opposition Leader.

Tony has always been a fan of Lawler Creek, however recently he enjoyed a holiday in nearby Jacksonville. Whilst in Jacksonville, he proclaimed to the world that the mayor of Jacksonville, Kathy Jackson, was courageous, heroic, and worthy of our admiration.

Going back to when Tony worked under John Howard, Tony was even in a position where he was able to appoint Michael Lawler to his current position — as the Vice President of Fair Work Australia.

Now, a few short weeks later, Tony has seen the error of his ways. Rather than admit it, though, Tony has chosen to retreat from Jacksonville, and even Lawler Creek, and move back to the safety of his home town of Abbott’s Knob. Is Abbott’s Knob even safe enough to escape the fallout — that is the question.

Two young residents of Jacksonville are Michael’s sons, Matthew and Donald. These two lads were unfortunate enough to become embroiled in Jacksonville when Kathy gave them a job at the HSU. Still, at least they got a much higher rate of pay than the average union member.

Another citizen of Lawler Creek is John, Michael’s brother.


John is the CEO of the Australian Crime Commission, with a list of accolades as long as his arm. John is a man who is greatly respected, and would more than likely shudder at his potential sister-in-law’s predicament.

John and Michael’s father is Sir Peter Lawler — and Sir Peter, as his title suggests, is a man with an impeccable record and an esteemed work history.

Sir Peter is Liberal Party royalty, to put it mildly; not only that, he is a highly respected member within the Catholic Church and was knighted by the Queen in 1981.

After finishing his career as a domestic public servant, Peter was appointed as the Australian Ambassador to Ireland and Australia’s first ever Ambassador to the Holy See during 1983-1986. The Holy See, of course, is the official government of the Catholic Church in Rome.

Sir Peter is also a Patron of The Australian Family Association, which is a Catholic lobby group with allegedly strong ties to Opus Dei and the far right “Uglies'” faction of the Liberal Party.


With the connections to Robert Menzies, the Queen, the Liberal Party, the far right – and of course the Catholic Church and Vatican – I can only imagine how excited Tony Abbott must have been to appoint Sir Peter’s son to the Vice President’s position at Fair Work Australia. It must have felt good to give the important role to somebody so like minded.

Michael has six siblings in total in Lawler Creek, of which the previously mentioned John is one. The others have maintained a low profile — although I am led to believe another brother is a high ranking police officer in NSW.

The problem for those living in Lawler Creek is that the impending explosion in Jacksonville is going to send massive fallout across its border. This could well damage the name Lawler Creek forever in the public’s eye. A town that was once seen as family friendly and clean could forever be known as smutty and smeared with dirt from the fallout.

Other villages that share a border with Jacksonville are already seeing their populations turn their backs to flee. Villages such as Pyne Gap, Brandis’ Bush and Abbott’s Knob have been startlingly quick to disassociate themselves from those in Jacksonville.

For the residents of Lawler Creek though, I fear it may be too late.