Joe the Dill careers off

Joe Hockey, dead a week ago, is now a twitching corpse.

Anything he says now is either suspected or derided, and it seems he knows nothing about simple arithmetic.

Actually @JoeHockey, the poorest households spend more of their income on petrol than do the richest.. pic.twitter.com/L4GFVwyplk

Yes, fifteen dollars to go to the doctor is a lot to ask of an old woman. Yes, $200 a week for six months is a lot to take from a young man. No, this is not a "debt and deficit disaster", it is a bump in the road. Yes, it was wrong to bid Holden to fuck off out of Australia. Yes, we could do with a car industry. Yes we could.

This man is not so much a disaster as a dill. He truly cannot add. It is a serious fault in a Treasurer.

Worse, he has nothing to bribe or threaten Palmer with.

Palmer can add, and he knows a Double Dissolution would give him eight seats in the Senate and four in the House, and would do so before Christmas. What can Joe say to that? Please?

He also shown himself to be a dill by staying silent over Gaza. Some of his cousins will have been killed there by now, and he is pretending it isn’t happening. He said he was ‘proud of my Palestinian heritage’ a year ago during the campaign, and though four hundred children have been shredded, children of his bloodline, he is saying not a word.

hey @JoeHockey have you ever mentioned #GAZA.. only election days you are a palestinian HHHHhhhh.. you are. a LIAR pic.twitter.com/hDhxBtbecc

He should be advocating they be brought here as refugees and he is saying not a word.

Or perhaps you disagree.

Joe Hockey knows what's what when it comes to the poor and driving! #roasttv #auspol pic.twitter.com/dxKWJko2zk 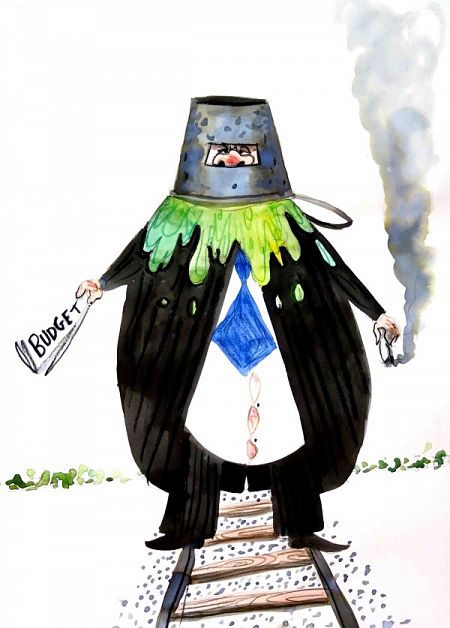