In a Melbourne court yesterday, the shambolic prosecution case against Craig Thomson toppled and teetered even closer to total collapse. Peter Wicks reports.

YESTERDAY, in the Melbourne Magistrates Court, Craig Thomson was left scratching his head.

In what has been the latest bizarre event in the whole saga surrounding the former MP, the prosecution in the criminal case have gone all schizophrenic on us, offering one thing and doing another.

Sources close to the case have told IA of the prosecution approaching Thomson with an offer they likely hoped would be too good ‒ or Thomson too broke ‒ to refuse.

An offer was reportedly put to Thomson's to plead guilty to one single new lesser charge of ‘gaining advantage by deception’ and all of the other charges would be dropped.

The advantage to Thomson would be he would no longer have to spend a king's ransom defending the 173 charges that, apparently, are no longer important in the eyes of the prosecution.

The advantage to the prosecution being that as their case crumbles due to a lack of any evidence to support their charges, they have at least saved some face by being able to say they laid a charge after Thomson made a deal.

Thomson refused the offer deciding instead to pursue justice through the court system so the public is left with no lingering questions about his guilt or innocence.

In a shock move, the prosecution then decided to lay another 50 charges on Thomson.

Our information above is supported by a refreshingly fair and balanced report on proceedings by Brad Norington and Rachel Baxendale, published in The Australian today, which seems to agree with our long-term reporting that the case against Thomson is collapsing:

THE police fraud case against former Labor MP Craig Thomson could be in doubt with the revelation that Victorian prosecutors offered to drop all 173 charges over alleged misuse of union credit cards if he pleaded guilty to a single offence of "obtaining benefits by deception".

Mr Thomson's lawyer, Chris McArdle, told The Australian yesterday his client was offered the deal to face a "single charge" on Friday during pre-trial discussions between prosecution and defence legal teams.

After considering the offer - which would result in a fine as the maximum penalty - last weekend, Mr Thomson decided to fight all charges related to alleged misuse of credit cards totalling $28,000 across a five-year period.

With no compromise in sight, prosecutors took the opposite course in Melbourne Magistrates Court yesterday, flagging an intention to file more than 50 extra charges.

The new charges will not add any new allegations of criminality, and Mr Thomson's lawyers will argue they amount to duplication.

The fact there are no new allegations of criminality, yet 50 new charges, is precisely why Craig Thomson is scratching his head. As I write this, neither Thomson nor his legal team know exactly what the charges may be.

However, it does appear that they will be carbon copies of those already offered by the prosecution in an effort to make headlines in the conservative press. 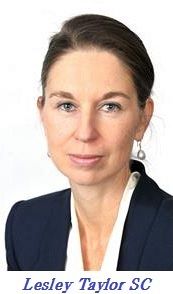 Norington and Baxendale provide some more detail, with the barrister for the prosecution, Lesley Taylor SC,  reported as saying the new charges are somehow an attempt to provide more “clarity”, an assertion magistrate Charlie Rozencwajg scornfully derided [IA emphasis]:

Ms Taylor told the court … the new charges were intended to clarify proceedings.

"Clarity is not something that's descending in any vast fashion, I might say," magistrate Charlie Rozencwajg responded….

Ms Taylor said Mr Thomson's alleged offences warranted the extra charges because, through each alleged act of using a union credit card for non-union purposes, Mr Thomson obtained a financial advantage as well as deceiving the members of the HSU and the service provider to whom he was making a payment.

Mr James disputed this, saying that it was immaterial to the service provider where the money came from.

Craig Thomson’s solicitor Chris McArdle says the prosecution’s case is weak and the new charges are a vendetta and an abuse of process:

Mr McArdle said the prosecution's willingness to drop all charges and amalgamate them into "a single charge if he pleaded guilty" suggested its case was weak.

"Now they're wanting to increase the charges - the reason they're doing that is to throw mud at the wall in the hope that one sticks, which is an extraordinary way to do business," he said. "This is a vendetta against an innocent man and an abuse of process."

If this is how the prosecution process runs under the control of a Coalition State Government, then the public deserve better. This is just becoming a hideous waste of taxpayer funds for the sake of preserving a few delicate egos.

“If this is the approach of the Crown, then this prosecution is doomed.”

Yesterday’s developments act as a further example of a prosecution in utter disarray, scrambling to hold a case together.

It is also suggestive of bullying tactics by a Coalition that has been seen many times before to manipulate the legal system to reach political goals, no matter whether that position is right or wrong, or whether innocent parties are hurt, bankrupted and sometimes even gaoled.

It is the sort of conduct from a win-at-all-costs political ethos wanting to bully their way out of being seen as foolish for believing the allegations of a serial liar who calls herself a whistleblower, whilst living it up on Union members’ funds, because it suited their purposes at the time.

It’s time for them to give it up so everyone can get on with their lives.

The case is set to return to court on Monday.