Craig Thomson has needed to launch an appeal to fund his legal defence; meanwhile the under investigation Kathy Jackson swans off to America and Europe. Peter Wicks reports.

IN JUST A FEW short days from now, Victoria's most infamous union turncoat – and self-proclaimed whistleblower – will be married.

That's right, Kathy Jackson will be taking off overseas, leaving behind the carnage of a union her faction left for someone else to clean up. She is taking off to marry the judge who used to preside over her Union's court cases — or did, until her then husband, Jeff Jackson, allegedly made a formal complaint about the judge to the FWA President.

Yes, that's right, she's off to marry Michael Lawler, the vice president of Fair Work Australia (which is now called the Fair Work Commission, for the pedantic amongst you).

Most people, when it's explained to them, find it a strange coincidence that the only parts of the union not investigated by the then FWA was the branch Kathy Jackson presided over. Not only that, the branches was only exempt from investigation during the periods Kathy was the secretary.

I say, most people find it strange, because apparently Australia's mainstream media are not amongst those. Then again, with Australia's press funding its own toothless watchdog, I'm actually not overly surprised.

Anyway, soon enough, Kathy Jackson will marry the man who was vice president of FWA when the decision was made to exclude her from investigations .... nothing suspicious there at all. Their relationship has apparently blossomed since they met when he was an industrial judge presiding over her cases, although I'm sure this never affected any outcomes ...

Now, it would seem, the only thing that has been moving slower than Michael Lawler's FWA caseload is the Victorian Police investigation into Kathy.

While Kathy enjoys her wedding in the U.S. and her lengthy honeymoon, apparently in Italy (that we are all hoping she will return from one day to answer questions) – and while her guests, that she has apparently flown in and accommodated sip champagne; while the expensive presents are being unwrapped; and while the telegrams from right-wing politicians are being read out – back in Australia, the Victorian Police will continue to procrastinate and eat donuts, while our lowest paid workers continue to sweat and slog it out in hospitals and industrial laundries wondering where their Union funds went.

While all this is going on, up on the NSW Central Coast, Craig Thomson seems to be struggling to put food on the table for his family.

Craig Thomson, whom the media has portrayed as someone who has taken thousands upon thousands in Health Services Union funds, seems to have somehow misplaced it all. Although, luckily, it seems like Kathy Jackson has found some to pay for her apparently lavish wedding celebrations.

According to a Fairfax article, Craig Thomson has $60 to his name, a mountain of debt and upcoming legal expenses in the hundreds of thousands of dollars.

The Fairfax article even had the utter indecency of publishing details of the income of Zoe – Craig's wife – despite her not being involved in the case in any way.

Like many of the articles by Kate McClymont about Craig Thomson, this one seemed to me to be more of a personal attack than a factual report — why else would she include details about Zoe? 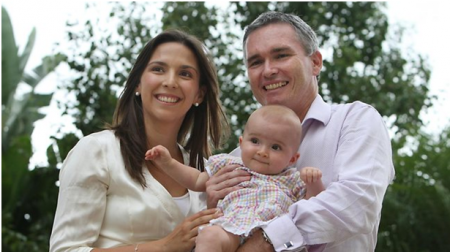 Interestingly, Eric Abetz continually refers to Thomson's financial status in interviews and how, if he were to go bankrupt, then he would have to be removed from his seat in Parliament. Thomson has had to seek expensive legal assistance on so many investigations that ended up being dropped, and has been spending all of his income – and more according to McClymont – on cases that have yet to produce a conviction or even a fine.

Many have questioned whether the Coalition has been putting pressure on State governments to bring a constant string of cases against Thomson in order to bankrupt him. This seems to be supported by shadow attorney-general George Brandis becoming intimately involved in and publicly pressuring state governments and law enforcement agencies.

Well, it would appear that all of the expense has got to Craig Thomson, as it was discovered yesterday that Thomson has set up a defence fund account and will be seeking donations from the public to help fund his legal expenses.

The Craig Thomson Legal Defence Fund site, which can be found here, appears to have been set up in a hurry and may not yet be complete as it lacks some of the bells and whistles.

Thomson's office yesterday confirmed to Independent Australia that the site and the account listed were indeed operational and that they had not yet started to promote it, however donations would be welcomed.

There is something wrong in this country when someone who is a Federal MP ends up on the verge of bankruptcy trying to prove his innocence, in a case that has been dragged out and regurgitated in two different States by what looks suspiciously like vested interests, and then tried and found guilty by the media.

There is something hideously wrong when Thomson's accuser, who is also under police investigation, is allowed to leave to country and marry the vice president of the very organisation that condemned Thomson in their investigation — an investigation that was slammed and torn asunder by an independent report they themselves commissioned. Then again, if that VP is Michael Lawler — an appointee of none other than Tony Abbott – then maybe we can understand why this has happened.

For Craig Thomson, the notion of innocent until proven guilty seems to be far too expensive.

In Thomson's case, it seems more like a case of presumed guilty until bankrupt and unable to defend.

(Disclosure: Peter Wicks is a Labor Party member and a former ALP state candidate. Click here to catch up on the full Jacksonville saga.)