The tactics used by both major factions in the Victorian HSU Number 1 Branch elections have been a downright disgrace, says Peter Wicks.

AS THE Health Services Union Number 1 Branch elections draw to a close in Melbourne, we cross our fingers and wait.

I have always said that the Kathy Jackson influence needs to be cleaned out of the HSU and that therefore Marco Bolano and his bully boy tactics need to go.

The tactics that have been used in this election campaign have been nothing short of an utter disgrace. This is the kind of crap that makes the entire Union movement look bad, and in my eyes that is unforgivable. There have been allegations of hit and runs, computer records tampered with, threatening behaviour and intimidation tactics, the public smearing of an ombudsman, intervention orders on a candidate, and now we have a fake letter that has gone out under the pretence of coming from the Australian Electoral Commission.

This letter told members that it was compulsory to vote in the election – which, of course, it isn’t – and told members that the AEC would be fining those members who did not vote. This fake mailout is not only a breach of the Fair Work Act, but it is also a case of mail fraud, which I believe carries a hefty jail sentence and is a Federal crime. If any police are reading this, consider this an official complaint that warrants an investigation.

I would love to be able to report that this was all coming from the Jacksonville camp of Marco Bolano, but alas it isn’t.

In what has come across to me as a race to the bottom of the septic tank, it appears that both sides are just as capable and just as keen to dump in more crap that needs to be swum through. In an election where you would think that the side opposing Bolano could just coast through and keep their dignity intact by not playing childish games — they have failed and failed miserably.

In the NSW and the Number 3 Branch in Victoria, the campaigns were full of smear and dirty tactics from the Jackson faction — but those opposing ran clean campaigns, that spoke of strange things like members needs and reform. Judging from the defeats in every position from the Jacksonville camp, it appears as if members are not interested in shock-jocks and smear.

If only there had been a clean-skin in the number 1 branch elections, eh?

Actually there is — Stuart Miller. However, with the volume of crap thrown by the other teams, his voice was effectively drowned out. I’d go so far as to say that the Miller campaign was like a diamond ear-ring that has been accidently dropped in a toilet and flushed down the sewer — something shiny and precious lost in a river sewage.

No matter which side wins in the number 3 branch, they have nothing to be proud of at all, in fact they should all hang their heads in shame as all this will bring about is a further exodus of dismayed members.

I would go so far as to say that anybody involved on either side of this election campaign, who thinks they have political ambitions, should think again. The way these two campaigns have been run would make anybody associated with someone from either campaign a political liability in my humble opinion. Totally toxic.

With that in mind, I do hope that Marco Bolano loses in the biggest of ways, as that will completely wipe out the Jackson faction that has decimated the Victorian branches.

What does dismay me, however, as it no doubt will many members, is that a victory for the Asmar team will be a hollow victory after such a feral campaign.

Should the members end up with a mixed result, I hate to think of the ugliness that will surely follow.

For those wondering if I will have anything more to say about the HSU after the last election is over, have no fear, I will. There is still the Michael Williamson saga to play out in court and the fallout surrounding that, and there is, of course, the Kathy Jackson investigation currently under way by Victoria Police. There is also the constant bringing up of Craig Thomson's name whenever the Coalition suffer a slump in the opinion polls.

There were reports of boxes of documents seized from the HSU offices in Victoria last week in relation to the Jackson investigation. I have been told that these documents are for tying up loose ends, or completing a picture. The real documents that Jackson fears were part of the 40 boxes that were handed over to Vic Police a few months ago — some of which contain evidence that has been shown here relating to Neranto #10 Pty Ltd and details of cashed cheques, as well as mountains of other documentation.

Next year is bringing about a forced change in industry for me, as the industry I am currently in, the retail supply chain, is in a slump and I need to look outside the square. I am open for suggestions that don’t involve standing on street corners. Although writing doesn’t pay the bills, I can assure you that I will be on any updates like ants on candy — and of course I will still write on other issues, also. In fact, you probably won’t notice the difference.

I am hoping that next year also brings about a change in industry for Kathy Jackson, maybe one that involves wearing overalls and the manufacture of license plates. 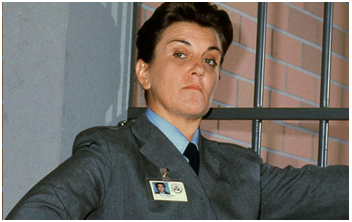 Another thing that popped up last week was a new Facebook page named “Keep HSU Honest”. This site is clearly run by Kathy Jackson, Katrina Hart, or some other lost soul from camp Jacksonville. The site consists of updates that are anti-ALP, Gillard smear, and a lot of complaining about the NSW HSU election result, and criticism of Gerard Hayes and the Our HSU team.

One post was a photo of a spreadsheet that could have been typed up by anybody, that showed the smoke and mirrors version of the credit card expenditure of HSU East over a few years. What it neglected to mention is that HSU East did not exist at that time as the merger was yet to occur. I suggested that they post the credit card expense for the number 1 and number 3 branches for those years, I was ignored. When I then posted that Kathy Jackson number 3 Branch credit card expenditure was over $170,000 for just one of those years and pointed people to Independent Australia for the figures, I was met with an angry response, told to provide evidence to support my statement, and then blocked so that I couldn’t post the evidence. For those who need it, below are links to Jacksons number 3 branch cheque account statements from July 2009 to July 2010, and also a breakdown of the expenditure, including the three credit cards.

What I thought was really funny was the name of the page. For a team that ran an election campaign totally based on smear and trying to prove how corrupt those running the union were the irony of the “Keep HSU Honest” page name was not lost on me. In fact, I laughed so hard I thought I was going to break a rib.

Despite a battering, the Jacksonville state of mind is apparently alive and well.