We’ve been talking about Jackson, but what about Williamson? Peter Wicks introduces another colourful resident of the Jacksonville conurbation.

I have been writing articles about Jacksonville and its inhabitants for quite a while now. So, now it is time to look at another friend – well, ex-friend – of Kathy Jackson and his involvement in alleged misadventures with HSU funds.

However, you may have to bear with me, as there is not a lot of documentation I have received on any of these allegations. It seems any evidence against him was either found by police or is rumoured to be held by someone else.

His name is Michael Williamson, and for many years he was the General Secretary of a Union we have all become rather familiar with — the Health Services Union, or the HSU.

Some of you may also remember a post I did a while back which went into some family favours that were going on inside the HSU in regards to paid positions. I reported that Michael Lawler, the vice president of Fair Work Australia, had two of his children working at his girlfriend Kathy Jackson’s branch. FWA, of course, were the body that conducted an investigation into any aspect of the HSU that, it appears, didn’t involve anyone called “Jackson” — and was the only investigation to implicate Craig Thomson, out of eight that have been so far conducted.

Anyway, back to Michael Williamson.

Michael Williamson was elected to the position of State Secretary of the Association, then known as the Health and Research Employees Association of NSW, in 1995. Whilst there, the rules changed and he became General Secretary. In 2003, a decision was made to adopt a new logo and change the name of the union to the Health Services Union.

Changing names and logos were not the only changes made unfortunately. In fact, there was a huge change in the way the Union was run, and a Union that was supposed to be “for the members” appeared to become anything but.

Below is a link to an email from Kathy Jackson to Peter Mylan, raising her concerns quite spectacularly about Williamson’s behaviour and the police investigations into his conduct — ones which are remarkably similar to those she is now facing herself. Irony…

So, what is all the fuss about Canme Services, at any rate?

In a situation that is remarkably similar to the Neranto Number 10 (the K. Koukouvaos Consulting scandal), the consulting companies owned by Jackson that invoiced the HSU for vast sums of money, Canme Services is owned by Julieanne Williamson — Michael’s wife.

Canme Services, for those who doubt the Williamson family connection, owes it strange name to the family. You see, Christopher, Alexandra, Nicholas, Madeline, and Elizabeth; CANME, you see, are the Williamson children.

Canme Services were paid the extortionate amount of $384,625 by the Union’s membership. That is an awful lot of money to be shelled out by any stretch of the imagination — and one would hope that everything had been disclosed to the membership, and the executive committee of the union, given that the company being paid is owned by General Secretary’s wife. Especially when we consider that the Union is now reportedly close to insolvency.

One would be disappointed. It seems that nobody was aware of the family connection other than Williamson himself. 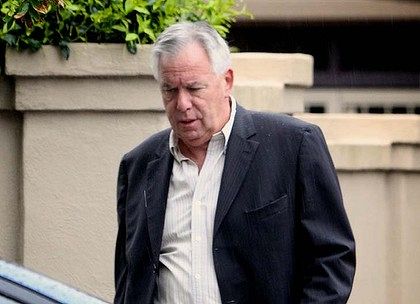 The services provided by Canme Services were to do with the electronic storage of old documentation. Old records and documentation were to be scanned in and then saved onto the HSU network.

Although this seems both an expensive and a lengthy process — it does seem to be a task that needed performing. However, where it becomes a bit puzzling is where the records list this as clerical or secretarial services. Not only that, it seems that although Mrs Williamson was flat out doing it for 7 long years — a substantial amount of document scanning and uploading still had to be done in-house. From what I am given to understand, not a lot of information on the system from the periods supposedly scanned in anyway. Hardly one years’ worth of scanning, allegedly, let alone seven…

Anyway, these matters are being looked into by the NSW police.

On a separate issue, I’m a bit of a music fan — I love seeing bands perform at pubs and clubs. It is important that these bands have places to rehearse, and these places can be quite pricey to set up.

There is a way of setting up a rehearsal studio cheaper though. Ensure that you daddy runs a union.

In 2006, the HSU under Williamson’s control spent $800,000 of the members’ money on a warehouse. That, to me, is 800,000 litres of blood sweat and tears, from some of the country’s hardest working, yet most underpaid, workforce. So, it would want to be a warehouse that the members thought held something pretty damn important.

Important to a member it may well be, if they are in a rock band.

You see, this $800,000 warehouse near Sydney Airport was used as Studio 19, a rehearsal studio. Funnily enough, the person running the studio goes by the name of Chris, or Christopher Williamson, also known as C in Canme Services. Union members will be pleased to know, however, that Michael didn’t overcharge his son Chris on the rent. Actually, it would seem he forgot to charge him rent at all.

I wonder if Union members got a discount rate?

Chris was a part of Tank Stream Productions, the media studio arm of the HSU. Interestingly, Kate McClymont reported in the Sydney Morning Herald that, according to the HSU Financial report, in 2010 the HSU spent $140,000 on the HSU History and Media Centre.

This did not even include salaries or payments to freelancers.

The members must be chuffed to bits….