Jacksonville 13: How to frustrate a judge 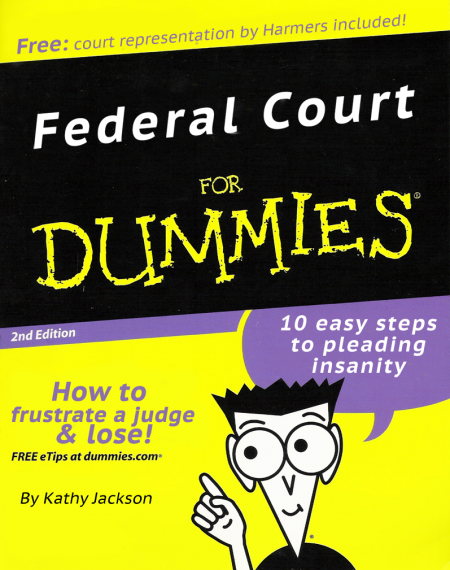 It has just come to my attention that last Tuesday 12th June, in Melbourne – and despite an administrator being appointed – Kathy Jackson held a meeting with Marco Bolano.

When the new organiser, Kevin Bradford, tried to join the meeting he was allegedly refused entry — and Bolano allegedly used threatening bullying tactics to keep the Kevin away.

Meanwhile, Kathy Jackson has had to hand her mobile phone over to administrators. Despite the administrator being in Melbourne where she lives, Kathy decided to fly to Sydney for the occasion.

Waiting to greet her apparently, with open arms and a big smooch was Andrew Lillicrap. Andrew and Kathy then proceeded to have a lengthy, behind closed doors, meeting – also in the Union offices, which some would say also makes a mockery of Justice Flick’s orders.

This may indicate to members voting in any upcoming election that a vote for Lillicrap is also a vote for Jackson.

Lillicrap, who is the current Manager, Industrial Services, stated this, prior to a secret meeting with the Medical Officers sub-branch of HSU East. Although the meeting never eventuated, he emailed details of sub-branch resolutions to branch members on 3rd May 2012. It clearly shows Lillicrap’s position:

“This sub-branch commends and supports ms [sic] Jackson for her principled and courageous stand in investigating and uncovering corrupt practices and mismanagement”.

Lillicrap, of course, was sacked for misconduct on the 9th of May — but was re-instated after Kathy Jackson got the numbers of required votes to overturn that decision at an Executive Meeting shortly afterwards. Lillicrap returned to work on May 18.

In other – more pleasant – news, Kathy Jackson’s daughter Stephanie is about to celebrate her 16th Birthday. We hope she has a great birthday — and hope mummy remembers how many candles to put on the cake, as she may occasionally forget these things.

For instance, when discussing her court appearance on 2UE with Paul Murray a week ago, Kathy brought up the situation of her children, presumably seeking a sympathy vote:

“My children on Friday turned up to court because I haven’t seen them for three weeks I flew them into Sydney and Nick who’s 11 says to me, you know ‘Mum who’s on your side?’

Really tugs at the heartstrings, doesn’t it?

According to family friends, Nick was born in December, 1999. That would make him 12, according my calculations. Then again, I didn’t attend school in Jacksonville...

There have been theories and rumours that Jackson crazy court antics, erratic behaviour, and failure to address important issues are part of a plan to try and plead insanity in the event she faces criminal charges.

Of course, Kathy was reportedly placed into the psychiatric unit of a Melbourne hospital in September last year.

An upcoming insanity plea? I guess that would explain her endorsing Tony Abbott’s industrial relations policies last week at the HR Nicholls Society…

In the meantime, after a more in-depth study of the transactions on the HSU number 3 branch cheque account, there are some transactions that I believe desperately need to be explained; some of them may be simple explanations, but many seem highly irregular. Below is a link to a spreadsheet showing the transactions requiring further explanation.

It is also important to remember that this is only 13 months of statements — just over one year’s worth.

It also details some strange funds coming into the branch and a set of bizarre transactions with law firm Minter Ellis — including a credit for $170,000.

And another odd thing, there is also a $77,500 payment for a Hyundai SUVthat Jeff Jackson, who has not been an employee of HSU for some years, has been using up until it has to be handed in to the administrator. Do members really need to pay for Jeff Jacksons car as well?

I am sure, one day, all of these questions will be answered — probably in a courtroom, I suspect.

Another thing I wonder is whether the Australian Tax Office are following this story, as tax evasion carries some pretty heavy penalties.

(New to the saga? Get up to-date by visiting IA's dedicated Jacksonville page. You can read more by Peter Wicks at his blog Wixxyleaks or by following him on Twitter @madwixxy.)