Is the Abbott Government planning to privatise Centrelink?

Given the Liberal Party’s ideological obsession with privatisation, is it only a matter of time before the Abbott Government follows the UK in privatizing Centrelink, handing lucrative contracts to the same multinationals who run our detention centres? Kellie Tranter investigates.

SCOTT MORRISON was an interesting choice for Minister of Social Services. Immigration tested his fortitude under fire supporting hard line policies and he passed with flying colours. Now he’ll revolutionise our social security system with the new user-friendly persona he’s already adopted, but by what means and to what ends?

Given the Liberal Government’s stated privatisation agenda and the working relationships Morrison had with multinational service giants like Serco and G4S as minister for border protection and immigration, is it only a matter of time before we see the same multinationals being contracted as service providers to implement the changes and profiting handsomely in the process?

It has been reported that

‘Federal cabinet is considering a $1 billion plan to replace the 1980s-era Centrelink computer system amid warnings it has become an impediment to the sweeping welfare overhaul designed to ease pressure on the fastest-growing area of government spending.’

Coincidentally, ministers in the United Kingdom are looking at privatising the state pension as part of a drive to reduce costs. Capita, Serco and G4S are likely contenders to administer public money for millions of pensioners. The State for Work and Pensions department have been told they could save significant sums by contracting a private firm to issue 4.5 million pension statements every year in the UK and abroad.

Is this something that is being considered here? One billion dollars is an astronomical price tag for a computer system. How has that figure been arrived at? Have tenders been called and quotes given, or is this another "competitive evaluation process”? Who will operate the new computer system or own the software, and what will that cost us?

Scott Morrison says he’s looking after existing beneficiaries, but has already flagged that “for future generations the deal changes”. Does that involve accepting that resources will no longer be allocated or distributed according to social or moral objectives?

Certainly that appears to be the case in the United Kingdom, which is rapidly dismantling social support systems of all kinds and heading back towards a pre-welfare state. And it’s paying the privateers to do the groundwork and the dirty work and diluting governmental responsibility.

In 2012-13, central and local government in the United Kingdom

It doesn’t auger well for benefit recipients. Stopping people’s benefits for between one week and six months after a perceived infringement has been eagerly suggested, or “referred”, to the Department of Work and Pensions by private companies to which the Government sub-contracted running many of its welfare schemes. Those companies include Serco and G4S.

Late last year, the UK Public Accounts Committee's report on the contracting out of public services found that

‘... the legitimate pursuit of profit does not justify the illegitimate failure to conduct the business in an ethical manner. A culture of revenue and profit driven performance incentives has too often been misaligned with the needs of the public who fund and depend on these services.’

‘Government must guard against quasi-monopoly suppliers becoming too important to fail...and open book accounting and published contracts should be the norm.’

In a 2014 paper, Social Security Privatisation in the UK: a means to whose end?, Daniel Edmiston observes:

‘Whilst the privatisation of provision may be problematic for the right to social security, the ideological position that informs such a process may also be. By contracting out employment assistance and entitlement administration services, the state devolves part of their bureaucratic and political responsibility to contractors. To some extent, once a service is contracted out, the state is granted a level of democratic immunity from service failures. Contracting out then has the potential to procedurally affect the right to social security and limit the capacity for mechanistic and judicial redress.’ 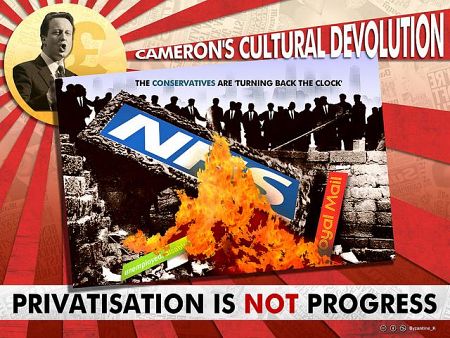 Setting the scene politically for social security cuts – as our Government is doing now – also has a common foundation historically and internationally.

In February, Eric Kingson, a U.S. co-author of Social Security Works! Why Social Security Isn’t Going Broke and How Expanding It Will Help Us All, pointed out that it has been a

‘Republican strategy for decades to divide young from old with the express goal of weakening Social Security while claiming that by the time young folks are old enough to draw from the fund that they have paid into, the money will have run out because today’s elderly are simply living too long and drawing too much money.’

Kingson appears to agree that if social security is in financial trouble then taxes should be increased.

‘This is not about economic possibilities—we are the richest nation in the world, and we have a very modest social security system.’

But increasing taxes is anathema to the neoliberals and completely off the agenda in Australia, so funding and benefit cuts are inevitable.

The boats may have stopped, but ordinary people fear they will be left at sea. No wonder popular support is lacking for social security, health and education cuts when there are 2.2 million people living below the poverty line in Australia, with close to 600,000 of them children.

Australia’s working poor are saddled with high levels of personal debt; half of them aren’t confident they have enough savings to last if unemployed for three months, yet Australia’s richest nine individuals have a net worth greater than 4.54 million people.

Of course, it’s important to weed out those who seek to take advantage of welfare with dubious and illegitimate claims, just as it is necessary to streamline administrative processes to make them more efficient and user friendly. But it’s a different story if the agenda results in social re-engineering in the interests of corporate profiteers and the wealthy at the expense of the poor. Will Australians ultimately have to pick the degree of social inequality they are prepared to tolerate? Will they even be given that choice?

Changes may be necessary, but Scott Morrison should be asked now to categorically rule out privatising the delivery of social services by multinational corporations in an effort to achieve cost savings.

You can subscribe to IA for just $5 per month.