Iraqi minorities have been left with nothing

Terrifying violence against Shia Muslims and Christians has escalated rapidly since the departure of US troops from Iraq, says the 'Bishop of Baghdad', Rev'd Canon Dr Andrew White.

‘We Have Been Left and We Have Nothing!’ 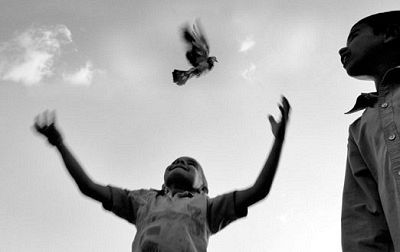 The exclamations of the Christians here in Iraq.

None of us thought there would be any change here after the US troops left. They had not been seen on the streets for two years. We were totally wrong; from the day that the US military left, we were in total disarray. Violence increased as religious sectarianism increased again in force. We could not even enter the Green Zone, as any badges issued by the US were no longer valid — new badges were simply not being issued. Total mayhem politically began with the prime minister issuing a warrant for the arrest of the Vice President Tariq Al Hashami. He was accused of terrorism and, sadly, there was a lot of evidence to suggest this was true.

With this action, great significance was placed on the fact that the Prime Minister Nouri Al Maliki was Shia and the Vice President was the most senior Sunni political figure in the country. Terrible sectarian violence targeting the Shia began.

There were also coordinated attacks on the institutions of the state, including on the Foreign Ministry, which is very close to St George’s church. With the arrest warrant for the Sunni Vice President being issued by the Shia Prime Minister, the fragile coalition government is fracturing down sectarian lines and turning violently on itself.

What I most feared would happen is happening. I said all along that it wouldn’t make any difference to us if the Americans leave. I was really wrong.

It is becoming really difficult in Iraq right now. Before, we knew that the US were just around the corner, so we could get them if we needed them, but now they are not there. But we won’t give up, we won’t stop our work and, by God’s grace, we will keep going.

Events in Iraq have escalated in recent days, as the departure of the US troops appears to have sparked a series of attacks and disputes within the divided country. Just one week ago, Barack Obama declared:

“We are leaving behind a sovereign, stable and self-reliant Iraq, with a representative government elected by its people".

The reality is swiftly proving to contradict the President’s words.

There have been attempts to ransack both al Hashami’s office and that of al Maliki in recent days. There has even been a car bomb in the supposedly secure Green Zone. The attacks form part of wider and increasing sectarian violence in Iraqi society.

Even as the US troops left Iraq, the fear of the Christians and other minorities has increased.

What is this “nothing”? It is no security, as before the Christians, as a minority, were protected. The evil regime of Saddam was led by man who was not from the Shia majority but a Sunni. When the foreign troops were here, even though we often did not see them, they were not far away and if and when we needed them they were there.

There are times when we ourselves face great danger. Our people have been slaughtered, massacred and murdered, but now we have nobody to turn to. There has been much talk about the security needs of our people. The Iraqi Government has tried to do what it can, but we do not live in a ghetto. The Christians are based all over Iraq, but especially in Baghdad and Nineveh/Mosul. 2,700 years after Jonah, Nineveh is still the place where all Christians come from. So, the Christians and all minorities are less safe than they have ever been.

The problem is far more than security though. Employment is far more limited, not least of all for women. The main industry is now security — and for the educated women Christians, things are more difficult than ever in an increasingly orthodox Islamic state. A state where the rights of women have sadly diminished.

No employment means no money and that means no ability to buy food, pay rent for housing or even posses proper health care. The health care system here in Iraq has seriously collapsed. The hospitals are falling to pieces and many of its leading doctors have been killed, kidnapped or have fled from Iraq.

I may be the leader of a church, but after services each week I also have to give all my 4,000 plus people food for the week. We have had to establish a large clinic with doctors, dentists, a laboratory and specialist units, and also a pharmacy. All treatment is totally free and it is not just restricted to Christians either, but is totally open to all — totally free of charge. In addition to these services, we also have also built a school to provide excellent education to our many children. It is fortunate that we can provide this service for our people, but we did not envisage that, this long after 2003, this would still be necessary. Iraq today is still an insecure place where most of the people have nothing.

Things are difficult for all Iraqis, but for us as minorities it is particularly so. The violence here is known about, terrible, and much of it has come from outside — but now we have another huge problem. It is such a big issue that three years ago we became the top nation in the world in this crime —corruption. Corruption that is so great, we no longer have any idea whom we can trust.

When the Coalition Provisional Authority took control of the nation in 2003, I remember telling one of the diplomatic leaders that we needed to deal with the issue of religion in order to prevent religious sectarian violence. I was told that this was not really an issue in Iraq. First, I was told that water and electricity needed to be dealt with. It was only a few weeks later that this diplomat came to me and said that he could not even deal with water and electricity because religion kept getting in the way.


It was the Archbishop of Canterbury, William Temple, who in the last world war said:

Sadly, that is what has happened here. Religion here now is not seen as a tranquil means of relating to the Almighty, but a means of fighting for the rights of their own. A fight that sadly often involves violence. The fight that recently arose from Sunni to Shia was just a further symptom of this sectarian violence. If religion is the cause of the violence it must also be the cure. That is the work of the High Council of Religious Leaders in Iraq that we established in 2004.

Many were killed and injured. We, as religious leaders, began an urgent process to try to reduce the sectarian violence. We met in Najaf — the holiest City in the world to the Shia. For the first time ever, we took some of the Sunni religious leaders to Najaf, where we heard first-hand from the Shia religious leaders of their immense fear of the renewed sectarian violence. A few days later, we met with a large number of Sunni leaders in Baghdad. Together, we produced an Islamic Fatwa (injunction) against the Sunni attacking and killing the Shia. Much of diplomatic world still fails to see that this problem or “Religion gone very Wrong” has to be dealt with by religion itself. That is why we are here and what we try and do.

Sadly this radical sectarianism is no longer just restricted to Iraq the so called Arab Spring has greatly increased this risk of this sectarianism in the whole of the region. Will there now be a lot more minorities in the region saying, “We have nothing”?

Mentioned in the piece above is a Fatwa. In a separate email to IA contributing editor-at-large Tess Lawrence in late January, the Reverend Dr discussed the Fatwa – which are often seen as having negative connotations in the West – and its peaceful, healing, intent.

Here, IA includes the full text of the Fatwa, along with Canon White’s preceding remarks to Tess Lawrence.

"Today I met with some of the most senior clerics in Iraq under the auspices of the Society of Iraqi Islamic Scientists (the senior Sunni Clerics Society). Some of them also came to Najaf with us on Friday. The main issue on the agenda was finding ways to stop the sectarian violence against the Shia. They also delivered a Fatwa (Islamic) injunction against all sectarian violence and publicly declared that most sectarian violence was coming from the Sunni community. Tomorrow the Fatwa will be discussed with the Iraqi Vice President and the British Ambassador."

In the name of God the Merciful:

Under the conditions experienced by Iraqis and many Middle Eastern people at the present time and in the light of the increase in the level of Iraqi sectarian violence and the volatile situation, we believe that the deteriorating political condition calls upon us as Sunni religious scholars to together as a group to issue a Fatwa.

We wish to declare the sanctity of all Iraqi blood whether Shia, Sunni or Christian. We call for a mechanism to educate the Iraqi Society in order to renounce all sectarian violence and instead create an environment of cooperation with civil society organizations and institutions of civil jurisdiction so not to allow our people in Iraq to divide into sectarian conflicts. We must work towards national unity amongst all Muslims (Sunni and Shia) and Christians; we all have the duty and right to live together in unity in our country Iraq.

Iraqi minorities have been left with nothing

17 February 2012, 11:54am Terrifying violence against Shia Muslims and Christians has escalated rapidly since ...