The federal structure of government should be abandoned, writes Dr Klaas Woldring, as it's a hindrance to good government. 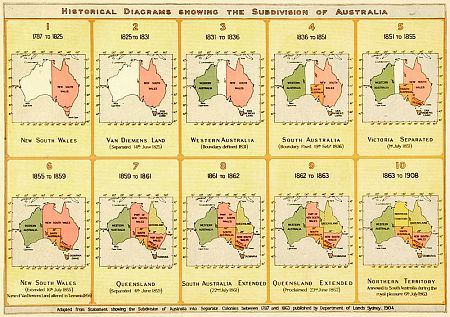 THE STARTING POINT of this paper is that the federal structure of government should be abandoned. It is beyond being inappropriate ― it is a hindrance to good government.

Many commentators would agree with that, even several senior major party politicians. However, some conservative politicians, including ALP politicians and academics, argue that federalism still has much to offer and that the problems are rather imaginary and/or insignificant. Therefore, they claim, federalism can be “modernised” “repaired'”, ”saved”, or “rescued”.

A spectacular number of federal-state crises have emerged in Australia in major and minor public policy areas in recent decades. This situation, thankfully, has prompted research about alternatives and public attitudes, amongst others by Griffith University. The PhD by Mark Drummond (2008) provides convincing evidence that federal government has become extremely costly and is broken. Overall, the results demonstrate that there is much dissatisfaction amongst the general public with federal-state relations as well.

Also, a number of research papers have appeared of the conservative kind, such as the work by Anne Twomey and Glenn Withers (2007), which aim to show that some other federations are doing well and that there is no cause for alarm here. Their work was commissioned by the then ALP premiers who, at that time, apparently felt sympathetic towards such an outcome.

Drummond, a co-convener of Beyond Federation, has analysed some of the outcomes of the Australian 2020 Summit. He found that of 790 people who entered submissions to the Governance stream, about 343 contained content that were at least partly relevant to Beyond Federation objectives, including about 134 that either explicitly called for the abolition of State governments or called for reforms very close to State abolition.

However, in contrast, a conference Making Federalism Work  (ANSZOG 11/12 Sept, 2008) was mainly about that, rescuing federation. A subsequent Conference in Tenterfield, in October 2008, organized by Griffith University and IPAA and attended by many senior public servants, politicians and some academics was considering Cooperative Federalism. My own paper there Meliorist piecemeal tinkering with federalism: recipe for disaster? Presented the view that Cooperative Federalism was no solution for the problem of deteriorating federal–state relations at all.

A very recent paper by Richard Murray may seem to be a new departure. It is entitled: New Federation with a Cities and Regional Approach (2012).

Murray is a retired senior economist of Treasury, with experience in the IMF. Much of his paper is devoted to improving fiscal imbalance, as has others done before him e.g. the economist J. Pincus (Six myth of federal-state financial relations, CEDA 2007). The Murray proposal paper suffers from similar problems though.

There is no proper discussion in Murray’s paper of what the essential characteristics of a federation are, why it is formed, and how the circumstances of the society it forms and serves can change significantly over time ― so much even that it becomes a costly burden. A federation always requires a written constitution and a constitutional court overseeing the division of sovereignty laid down in its constitution. This has been so difficult in Australia that several well known commentators have described the constitution as “frozen”. To get it out of the deepfreeze, piecemeal tinkering and meliorism are strategies certain to fail.

Murray wants to do away with the states, but rejects a unitary state early in the proposal because he equates it with a centralised state. Many unitary states are, in fact, highly decentralised and organized on the principle of flexible subsidiarity. The notion that federalism ensures effective decentralisation is another misconception. The centralisation problem in this country exists primarily at the state level, while growing financial weakness there aggravates that situation.

Still, he suggests a “New Federation” as a “revamp” of the old one although it seems quite different in many ways. There would be five major city governments and 19 regional governments, named Regional Councils, a two-tier structure. Here is a statement as to revenue collection:


Revenue powerswould also be clearly divided between the two tiers of government. The Federal Government would have direct constitutional power for raising personal and business income taxes, customs and excise duties, and resource taxes. The City and Regional Councils would be constitutionally empowered to raise consumption taxes, land taxes and congestion taxes under nationally agreed regimes covering these taxes.

However, there is not much discussion at all about the detail of regional parliaments and regional governments. Are they smaller versions of the existing states?  How large? Will there be regional civil services? How will they be appointed? It seems that local government would be abolished as well. The city and regional councils would take over the work of the huge number of local councils (700). Authority would be “delegated”by the federal government(this is not a federal way of doing things though). However, local democracy would certainly end, as a result.

The notion that co-operation is fundamental to a well functioning federal system is laudable, but it requires a completely different party system than Australia’s adversarial two-party system. The combative, aggressive political culture of this country, where opposing parties are in government in different states and at the federal level, has made the existing federation frequently virtually unworkable. Revamps of federalism cannot be discussed without recognition of this problem. Perhaps the very first step towards restructuring is to change the party system, and that really means replacing the electoral system that so grossly benefits the two major parties.

Murray states that the COAG reform agenda “has stalled”. That was fully to be expected. It is a growing new agency on a mission impossible.

What this means is that any proposals to find a new form of governance for Australia needs to be based on a comprehensive approach. The operations of COAG would have to be redirected from the current “cooperative federalism” ideology, mistakenly re-introduced by the Rudd Government. The answer is to search beyond federalism. In chapters three and four, Richard Murray’s approach to a “fiscal framework” and “federal financial relations” actually outlines that the dominant financial power of the national government makes a new federation of five cities and 19 regions basically impractical. It is plainly dangerous to resurrect such a new federal structure. Let us start afresh by calling a spade a spade. The self-funded group Beyond Federation subscribes to considering alternatives to federation. That is what it has been discussing for a decade now.