How the Right runs things

Conservative politics has a series of tactics they use every time — and they have a chance of working against Rudd, writes Bob Ellis. 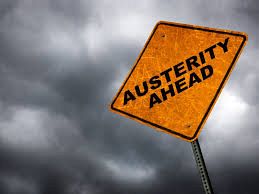 THE RIGHT has a series of tactics it uses every time.

First, suggest the current Government is chaotic and profligate and spending us down the drain. Second, they proclaim that we, not they, know what we are doing and will get things ‘back under control’.

In the first days of the Clinton administration it was said his office was ‘in chaos’; they knew how to run a campaign but not a Presidency. They then said it was ‘a scandal’ that Clinton parked Air Force One on the tarmac for twenty minutes while he had a haircut. They redefined ‘scandal’ to mean ‘whatever Clinton is doing’.

They did this with success to Whitlam, and Iemma, and Keneally, and Bligh. It did not work with Gallop, Rann, Bracks, Bacon, Carr and Beattie. They have an outside chance of it working with Rudd, and are pushing it manfully. His campaign is in chaos, apparently, because some ministers are not always in the loop.

They conceal, of course, the chaos of an Abbott Opposition, who do not yet know what decade their surplus will be in, or whether they are for smoking or against it, or why they are so keen to end car manufacturing here forever. Or whether Katter is on their side or not. Or whether Mirabella is guilty, or not, of massive criminality. Or why they now prefer the Marijuana Party to the Greens.

Nonetheless, they control all the major papers and heavily influence the ABC.