To understand what is going on in Bolivia, one must return to 2019, when then-President Evo Morales was forced to step down amid a surge in extremist violence in the wake of the country's elections.

Morales served as the country’s first Indigenous President from 2006 to 2019, under the promise to bring power to marginalised groups through a socialist agenda. One of his first moves as President was to nationalise Bolivia’s oil and gas industries with the aim to renegotiate contracts with foreign energy companies and transferring the wealth generated from these resources back to the Bolivian people.

He redistributed 134 million acres of land from state and private ownership to Indigenous families who had been forced to work as slaves and redirected revenue generated from the country’s commodity boom to schools, hospitals and infrastructure.

These redirected funds from the energy sector had a transformative impact on the country, with 4,500 educational facilities being built across Bolivia and an increase in personal household income while the minimum wage was increased several times through his tenure. 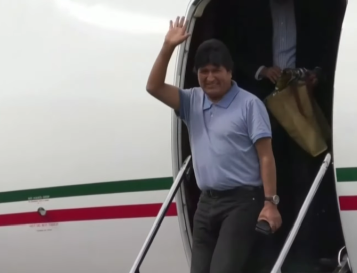 ABC and SBS fail in their reporting on Bolivia coup

The notion that Australia’s SBS and ABC are politically “Left” is wildly incorrect.

Morales also started widely popular programs to uplift Bolivians such as the Bono Juancito Pinto, which gave $200 Bolivianos a year directly to young children to enrol in primary education. He also implemented a universal monthly pension for people 60 years and above, as well as cash bonuses for women to incentivise them to regularly visit health care facilities during pregnancy and the first two years after childbirth.

During Morales’ leadership, the World Bank and IMF acknowledged that the country's poverty rate had been more than halved and GDP grew an average of 4.8% from 2004 to 2017.

While Morales was leading the country through these successes, the country’s right-wing faction was supported by the U.S., as well as receiving support from the Organisation of American States (OAS). For decades, the OAS has been propping up right-wing leaders across Latin America to overthrow democratically-elected left-wing movements, and in the case of Bolivia, this is no exception.

This brings us to 2019, where Morales’ win in the country’s elections had been called into question by the OAS and other extreme right-wing figures, namely Luis Fernando Camacho. Camacho, a powerful multi-millionaire who had been named in the Panama Papers, was an ultra-conservative Christian fundamentalist who had come from a family of corporate elites who had long profited from Bolivia’s natural gas sector.

Leading up to the 2019 election, Camacho had met with leaders from right-wing governments in the region to discuss how they could collectively plan to destabilise Morales. Once the OAS alleged that the election had been fraudulent, Camacho began to foment a violent sentiment against Morales and led protests in the streets.

Despite the OAS’s claims of election fraud being debunked by the Center of Economic and Policy Research (CEPR), the damage had been done. The U.S State Department, former President Donald Trump and Senator Marco Rubio all turned to Twitter to help fan the flames of the protestors in the streets decrying election fraud.

The protests in the streets quickly turned violent, with right-wing gangs ransacking the home of President Morales and attacks being made on numerous elected politicians from the left-wing Movement for Socialism Party (MAS). One female socialist mayor was publicly tortured by a mob in the streets, while other top officials homes were burned down.

Western media branded Camacho as a 'civic leader who had become a major figure in the opposition' and widely ignored the horrifically violent nature of the protests he was leading.

When the OAS-backed opposition candidate to Morales, Carlos Mesa, was asked by Reuters what their intentions were, he claimed that it was to:

'... promote a clear, activist, mobilised, peaceful and democratic action with the absolute clear objective of Evo Morales leaving the government.'

Under duress to avoid more bloodshed, Morales resigned, underlining that his:

“... responsibility as an indigenous president of all Bolivians is to prevent the coup-mongers from persecuting my trade unionist brothers and sisters, abusing and kidnapping their families, burning the homes of governors, of legislators, of city councillors… to prevent them from continuing to harass and persecute my indigenous brothers and sisters and the leaders and authorities [of MAS]."

In the hours following this, Luis Fernando Camacho stormed Bolivia’s abandoned Presidential Palace and staged a video with a Bible in one hand and the Bolivian flag in the other, vowing to purge the country of its Native heritage and “return God to the burned Palace".

While Morales fled to Mexico for his life, Opposition Party member Jeanine Anez declared herself the Interim President, sealing the fact that this overthrow was an effective coup. Anez was another extreme ring-wing, Christian fundamentalist who as soon as she took power promised legal immunity to security forces who had violently massacred protestors that were against the coup.

Many members of Bolivia’s security state who acted as leaders in the coup had been trained by the FBI and the notorious School of America’s, an institution that has for decades trained the most brutal death squads and torturers that have stained Latin American history.

Human rights institutions remained silent on the violence in the wake of these events, with Human Rights Watch Director Kenneth Roth supporting the coup and defending Jeanine Anez, declaring that she was actually 'defending democracy' against “election fraud”. He continued to whitewash the horrific events that ensued the coup, labelling them as being a 'transitional moment' for Bolivia, while painting Morales as an out-of-touch “strongman”.

Similarly in Western media, Anez was given accolades for being a 'women’s rights activist' and even received a glorified cover on Forbes with the headline reading 'power is feminine'. This misrepresentation gave cover to the reality of Anez’s actions which saw a brutal crackdown on the Indigenous population, trade unions, and domestic and international journalists.

Fast forward to 2021 and things in Bolivia are looking up again. On 18 October 2020 the Movement Towards Socialism Party,  founded by Evo Morales, won in a dramatic landslide victory. Patricia Arce, the Mayor who was publicly tortured during the U.S.-endorsed coup of 2019 is now a Senator-Elect from the Indigenous-led MAS party.

Luis Arce, Bolivia’s newly elected president, was the Minister of Economy and Public Finance under Morales, and is a member of the Movement for Socialism party.

Under his leadership, Jeanine Anez has been arrested on charges of terrorism and sedition, the same charges her Government once sought to jail Evo Morales for.

In a recent Washington Post editorial, the publication is labelling these arrests as a 'lawless course' that:

'... threatens further chaos, if not civil war and outright dictatorship [in Bolivia].'

Other Western media outlets such as the Financial Times, Reuters, and CNN, have been downplaying the coup that installed Jeanine Anez by quoting the Director of Human Rights Watch’s America’s division, who asserts that the arrests against Anez do not contain any evidence that she committed the crimes of terrorism and that they are based on political motives. 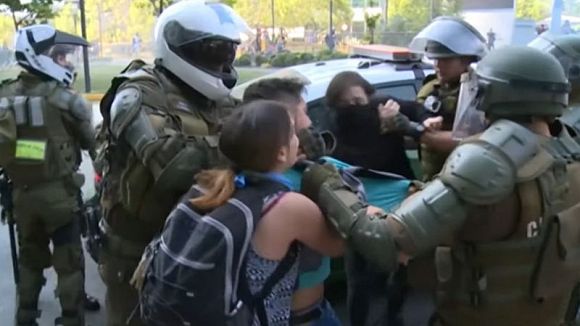 #1 TOP STORY OF 2019: 'We’re fed up and we will not obey you': Rebellion strikes cities across the world

The climate emergency has, here in Australia, turned into a nationwide bushfire calamity. This November article by Dr Lee Duffield well expresses the frustration felt around the world by the inactivity of leaders, receiving 94,000 unique views.

What is also left out in the Western media’s narrative on Bolivia is that the OAS’s claim of election fraud that led to the violent coup was entirely incorrect. This is also coupled with the under-reporting of the atrocities that occurred under Anez’s leadership and the U.S.’s involvement, with many media stories focusing on the arrests being due to the "alleged coup" solely.

The U.S has a long and dark history of implementing violent regime change across Latin America in countries including Guatemala, Chile, Panama, Nicaragua and Argentina to name a few. During these times, the Western media plays a key role in reporting on these events to the world.

In the case of Bolivia, it is abundantly clear that the media and key human rights institutions are in line with the worldview of the U.S.’s hawkish foreign policy.

It is all too common that nefarious actors in these events such as Jeanine Anez and Luis Fernando Camacho are wrongfully labelled as the "opposition" looking to "liberate" the people from dictatorship, when in fact it is entirely the opposite scenario.

Leaders such as Evo Morales and Luis Arce are painted as dictators while their track record proves that they are individuals who are committed to the people of their country and look to install an agenda that uplifts its population, taking back the control of their resources from foreign entities for the benefit of Bolivians.

It is no wonder that we live in a time where trust in the media is alarmingly low. We’ve watched on as the corporate media for decades has pushed false narratives that have led countries into war, whitewashed atrocities and given a platform to individuals who have perpetuated rhetoric that stokes violence and misinformation.

Right now, we are watching this unfold across Western media in the context of Bolivia. As the MAS party looks to take back control of its country, the media is trying to paint Morales and the MAS party as a lawless, out-of-control force while also downplaying Anez’s actions and the role the U.S. played in fomenting the events in 2019.