The Home Insulation Scheme was reported as a disaster by the mendacious Murdoch media, but Judy Crozier has compelling proof it may have saved many lives. 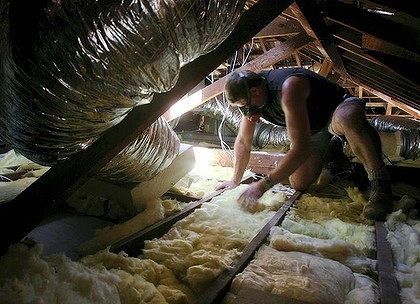 THE HOME INSULATION PROGRAM  of 2011 is back in the news, with Abbott promising yet another inquiry. That would make the ninth.

Such an inquiry would surely have very narrow parameters, since the Liberals wouldn’t want any facts to get in the way of a good myth.

The impression, after Murdoch and the pack got through with the story, was that the Program caused houses to burn all along the length and breadth of Australia. The skies were glowing, apparently.

But is this true?

What is true was that the program was instituted hastily. After all, time and the GFC wait for no-one and, frankly, there was a crisis on. The new Labor government could either pull money and jobs out of the economy and watch the country collapse, as the rest of Europe was either doing or was about to ― or it could come up some big stimulus to keep the country afloat. The government did the latter, and we’re still afloat.

Hence the Home Insulation Program and the Building the Education Revolution. Neither got big applause from the media, even though the BER, which continued to boost the economy for some time as projects were built and completed, has had a 97 percent satisfaction rate from the schools involved.

But back to the Home Insulation Program, where it was soon apparent that a major problem was lack of regulation ― a nasty leftover from the Howard era.

I personally felt the effects of that.

A nice man was sent by the Government to check out whether my new insulation ‒ adding to the insufficient insulation I already had ‒ had been installed properly. He told me that those blokes who had come and clattered all over my ceiling as part of the Program hadn’t actually put anything in the roof cavity.

Luckily, for many others, that wasn’t the case ― and something like a million houses benefitted from insulation where there was none before.

And as a welcome upshot, of course, regulation was brought in and the shonks cleaned up. Headlines to this effect were not to be found.

Currently, some of those men allegedly directly responsible for practices leading to the deaths of sub-contractors in house fires during the Home Insulation Program are up for trial in Queensland.

As they should be, being the ones responsible.

In the meantime, the nice man the Government sent to check my ceiling ‒ having taken down details in order to pursue those who hadn’t done the job contracted for ‒ also gave me a run-down on electrical problems in my roof cavity. These could be dangerous, he said, and should be rectified.

A combination of vertigo and an embarrassing fear of hot, cramped spaces had prevented me from exploring above the ceiling, so I was grateful. And got them fixed.

Were houses really going up in flame, all over the land, as a result of the Program?

Not according to the CSIRO, as reported and analysed by Crikey on April 24, 2011. In fact, there were fewer house fires during the program than before it.

What? Yes. Crikey actually looked at the CSIRO’s figures and did the mathematics. The conclusion was that, even being conservative about it:

‘The Home Insulation Program reduced the short term fire rate by approximately 70% compared to what was happening before it.’

‘The Home Insulation program was over 3 times safer than the industry it replaced in terms of the numbers of fire experienced within 12 months of getting insulation installed.’

Again, up to its elbows in CSIRO figures, Crikey said it also looked as though the long-term prospect for house fires was much improved as a result of the Home Insulation Program.

Clearly, it took Crikey a bit of time in reading and frowning to examine these figures and come to the obvious conclusions — something that alarmingly few journalists in the mainstream media did at the time, or since. Still, polite enquiries at the CSIRO would no doubt bring forth the data — or you could read Crikey’s excellent examination here.

Which brings us back to the helpful man sent to me ‒ and probably many, many, others ‒ by the government.

Yes, on the one hand, it shows there was concern about how well ‒ or if ‒ the service was being provided. And yes, problems arose from the haste with which the stimulus package itself was put together. Crises necessitate immediate action, after all, where most major government projects take years in the planning.

This Program was probably where most fraying was in evidence during those frantic days — clearly due to the lack of regulation in the industry. The shonkiness of an unregulated industry was brought to the fore — a dangerous lack of regulation bequeathed to an unsuspecting nation from ‒ you know who ‒ the Liberal government led by the lying rodent himself, John Howard.

The need for regulation was clear, and the Labor government then tackled what had been uncovered, saving lives in the process.

And the number of house fires due to the installation of insulation diminished. Perhaps because there were people going into those dusty roof cavities and reporting what they found to householders.

See also Alan Austin's exposé: 'We really must talk about the pink batts'.