John Howard somehow made his way into power in Australia, staying PM for 11 long years, yet his divisive legacy may marginalise the Liberal Party for far longer than that, argues founder and publisher Dave Donovan.

I ONCE had a friend, as implausible as that may sound. Let’s call my alleged friend Barry — because that was, in point of fact, his name.

Good ol' Baz maintained to me, over many years and with insistently increasing decibels, that little Johnny Howard was the very greatest Prime Minister Australia had ever had.

I should point out, at this juncture, that Barry is no longer a friend of mine. This is not because of his fervent advocacy of this absurd, yet surprisingly resilient nutjob theory about Howard, so prevelant in our society.. Barry and I parted ways last year, during the COVID crisis, because he is an anti-vax “cooker”, and I'm getting too old to put up with that bullshit anymore.

But this story is not about me or Bazza the crazy cooker, but rather it is how that pint-sized, amply eyebrowed, congenital liar John Howard has royally arse-banged the Liberal Party. (I know that sounds a fraction fruity, but stick with me here, I think you'll like where I'm going by the time we arrive.)

Now don’t get me wrong, Howard the psychopathic liar was not the worst PM this dusty, mostly forgotten (and for good reason) nation has ever had. For the record, that was Billy McMahon, for whom Howard cut his teeth in federal politics working as his campaign manager in the 1972 “It’s Time” Election, which McMahon lost to Gough Whitlam. 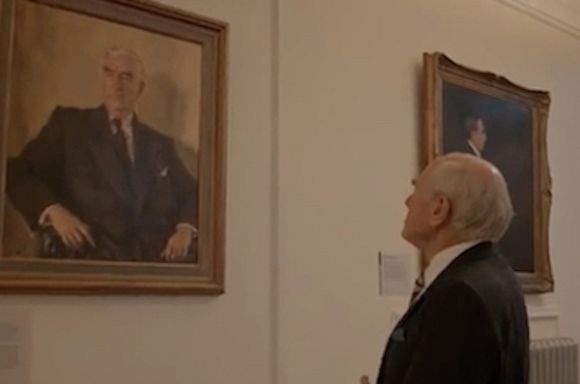 The Menzies years were a time which many of us with long memories do not want to see repeated — despite the best efforts of the Murdoch media.

Howard did, of course, have far greater deleterious effects on our society than McMahon — effects we are still feeling today. But effects I am happy to say will hopefully serve to extinguish his toxic legacy for a generation or more — if we’re lucky. Forever, if we’re blessed.

I recall asking Barry the Cooker what John Howard ever did for us. This perplexed him. After some painful-looking mental cogitation, he said, “Well, he was in power for 11 years and Australia has never been more wealthy!”

Robert Menzies was in power for more than twice as long, I replied, and Australia was arguably just as affluent during the 1950s. Howard, a twice unlucky Liberal leader, simply finally got lucky and lapped up the mining boom of the 1990s. In a similar way to Menzies slumbering contentedly, like the rest of our lazy, lucky country, on a comfortable woollen under-blanket, through the mid part of last century.

Barry looked at me with glazed eyes, uncomprehending.

“What did Howard actually do?” I simplified for Bazza. "All great national leaders have nation-building initiatives," I suggested. "They don’t ride the wave; they create something new. Something enduring."

Bazza’s eyes lit up. “He brought in the GST,”  he trilled.

“The one he said he never would,” I scoffed."The 'never, ever GST', as he called it. A great big new tax? That’s his legacy?” 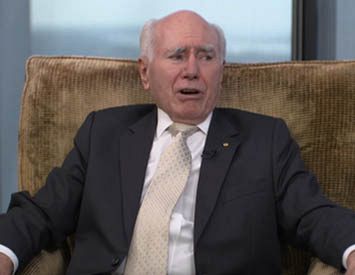 The Morrison Government: A reflection of the Howard years

Eventually, quietly, he offered: “Well, he banned the guns after Port Arthur.”

Yes, Barry, he did do that.

But what did Howard really do? What Howard did was overturn the legacy of Paul Keating. Of an Australia getting to grips with the horrors of its colonial past. A more caring and inclusive Australia, looking towards Asia rather than the Anglophone nations. A republic, charting its own destiny.

Howard, a totally amoral trickster, lacking any conscience at all – a consummate politician, in other words – hoodwinked and cajoled Australians into making this country a version of himself. A selfish, self-absorbed, jingoistic, xenophobic place, reactionary and conservative, mercantile and mean.

I saw it happening in 1997 and promptly went overseas for the best part of a decade, only coming back when Howard’s empire was in its death throes.

But for people like Barry, for the people who run the Liberal Party and for the people who urge them on and reinforce their outdated views, Howard is a template. If in doubt, go further right. Listen to that dollar-store Sideshow Bob on Sky, Rowan Dean, paradoxically herniating after dark to his fellow sheltered workshop Murdoch commentators, saying the Victorian Election is a sign the Liberals need to move even further to the Right. 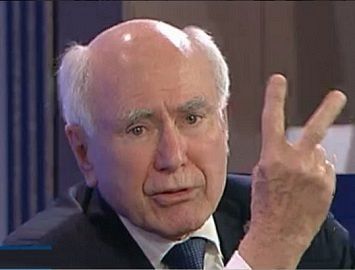 John Howard Bobs back to the top

Rowan Dean – and Howard, for that matter – should be getting paid by Labor, because every time Murdoch digs up these petrified fossils, a newer better Australia reacts — and swings to the other side.

Thank the gods. Thank the probably apocryphal deity or deities of your choice that young people are not so easily fooled by the Murdoch-dominated old-school media. By the Liberal Party News Corp Coalition that has held Australia back for so long.

In Victoria, this cabal tried their very best to oust a good and responsible leader in Premier Daniel Andrews. They threw everything at the Labor Party and it still didn’t work.

The last seven elections, over the preceding two-and-a-half years, state and federal, have gone red.

As George W Bush once said:

A new day is dawning. A better day for a nation whose best days are in front of it.

Former Prime Minister John Howard has denied that Australia has underlying racism, pushing back against the claim that the Cronulla riots were an example of this. pic.twitter.com/bIs0QpxQPN

I'm starting to think that dollar store Sideshow Bob style clown on Sky, Rowan Dean, is a Labor plant. Listen to him for more than 2 seconds and you're ineluctably persuaded to support the exact opposite of whatever obnoxious lunacy he's prissily herniating about at the time.