Far-right provocateurs have no regard for the truth and manipulate it based on what will make them the most money, writes Tom Tanuki.

THE WORLD enjoyed a monumentally satisfying series of moments recently, moments that don’t come often enough, of watching a key far-right figure get their comeuppance.

I speak of Alex Jones’ defamation trial, but it isn’t the very expensive outcome I’m referring to (although that was a good start).  It was a viral video of the judge patiently attempting to educate Jones about how to say things that are true.

It’s novel to see a real-life judge, midway through a process of penalising a man to the tune of millions, also have to lecture that same man about basic objective truth. But it shouldn’t surprise us anymore because we have all been through the same trap set by pathologically disingenuous grifters occupying the popular discourse: we’ve got to play their silly little games to save face despite the gravity of the arena they’ve barged in to. 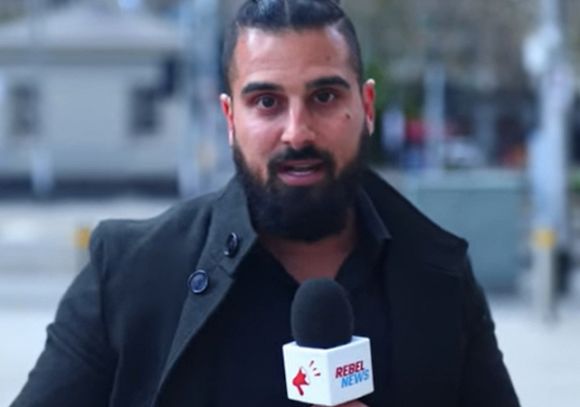 There are legitimate questions to be asked surrounding the motivation of Avi Yemini in bringing a defamation case against PrGuy17, writes Tom Tanuki.

We’re all compelled to pretend they mean what they say.

Do they? Does Alex Jones mean what he says or is it all just for a buck? The Knowledge Fight podcast is the best resource around for understanding him. They have said that Jones’ epistemological framework is that truth, for him, is whatever is most beneficial to him at the time.

That’s why every Info Wars episode is recorded in a silo: the narrative resets at the beginning, like old Flintstones episodes, and every preceding prediction of impending apocalypse or world war is retconned out of existence. That’s why Jones can say he’s bankrupt to a judge despite not being bankrupt. It would be financially beneficial for him to be bankrupt. In that moment he really believes it.

Jones is a showman with an unparalleled capacity to turn politics, society and conspiracy into pro-wrestling-tier entertainment. He’s so fun to watch that he’s defied the curse of de-platforming, continuing to accumulate fans and income in the shadows of lesser content platforms.

The answer to whether Jones believes what he says is: a bit of both. Ever the method actor, he means everything he says, but what he says is always and only to his benefit.

Australia offers for the prospective grifter a far smaller market of 25 million people. Accordingly, our hyper-partisan far-right grifter landscape is comparatively paltry (I specifically mean figures who make disingenuous and often dishonest promises out of political entertainment for money, like, "donate now! I'm going to fight the government and change the constitution").

Mostly all we have here is a smattering of losers like Avi Yemini. He’s a born self-promoter – you have to be, to do well on our far-right fringe – but mostly a bore, diligently replicating talking points and themes established by his U.S. far-right counterparts. Recently we’ve been made aware that he was rejected by NZ Immigration on his way to film a conspiracist rally there.

He proclaimed he would somehow "fight" that decision in exchange for – what else – donations. Then he was made to look silly when it turned out he’d maybe just done the wrong paperwork and was actually rejected for his criminal record. That led to a widespread discussion of his conviction for unlawful assault against his ex-wife.

Yemini’s not nearly as complex as Jones on the subject of whether he believes his own shit or not. Yes, his pride and ego have risen to match the political theatre, so now he can never roll over on any matter.  But he’s just not a politics guy, really. He’s a self-promoter. All he does is cater to the same key priority as Jones: not politics, nor a wider societal base, but purely pandering to his own silo of established followers.

Despite the way these figures style themselves as firebrands, the truth is that they will say nothing to upset their core fanbase. Consider that at the beginning of the pandemic that Yemini and Jones both believed in the coronavirus, with Yemini even insisting people stay at home.

But when they realised that wasn’t a growth market in their sector, they had to turn into virus denialists and conspiracists to remain relevant. They had no qualms about doing this because they aren’t bound by any icky principles. They are only showmen. They create hyperpartisan far-right entertainment masquerading as news. 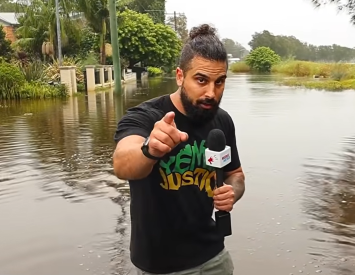 Here’s Yemini’s epistemological framework: the truth is whatever is conducive to a Rebel News fundraiser. This NZ situation is a perfect example of that because of the way it backfired on him. Yemini is naturally not keen to educate his new audience in his history of domestic violence.

So couldn’t he anticipate what the obvious response from NZ Immigration might be to his initial public display? Couldn’t he see that the actual reason for his refusal might get out, thus disseminating the truth of his unlawful assault conviction further than ever before?

No, because none of that stuff is "true". The truth is what gets a new fundraiser up. Like Jones lying on a stand to a judge: despite the dangers, they can’t help themselves.

The real talent of figures like this is to be profoundly convincing to their silo of followers. They might be profoundly irritating to the rest of us, but in the silo we’ve all been styled as utter liars so we are kind of inconsequential.

The only solution to this problem is to make sure we only discuss these show ponies when they really screw up. With Yemini, that’s happening a lot lately. It’s only when their mistakes are as bold as his have been lately that the truth can pierce the echo chamber his followers are stuck in.

Otherwise, Yemini’s followers feel wounded when they see Yemini wounded; Info Wars fans view Jones’ losses as a personal loss for them. They get energised to rally around their martyr figure and to contribute to their next inevitable fundraiser. And the rest of us all have to play the game.

Even judges have to play their little game, it seems. It’s the age of the grifter. All the rest of us can do is shine a spotlight when they really mess up, and, the rest of the time, make sure we turn that spotlight away as a matter of principle.