The Liberal, National and Labor Parties have ensured the public will never know the findings of an Inquiry into wellbeing of kangaroos, writes Linda Paull.

WHEN NEW SOUTH WALES Parliament first announced there would be an Inquiry into the health and wellbeing of kangaroos and other macropods, it was a cause for celebration among animal welfare advocates, First Nations people, wildlife carers and other concerned citizens.

For the first time in 50 years, Parliament would be able to investigate how kangaroo populations are coping, especially since the Black Summer bushfires and investigate claims from ex-shooters, biologists and insiders who have been trying to blow the whistle for years on how inhumane, poorly managed and unsustainable the commercial kangaroo industry is.

After hundreds of submissions, the Inquiry was underway, gathering representatives from the commercial kangaroo industry, First Nations people, animal carers, scientists, statisticians and the NSW Government’s own Department of Planning, Industry and Environment.

The hearings themselves made for compelling viewing, revealing damning evidence about the methodologies the Department has been and is still using to measure populations, misrepresentation of the data, the cruel treatment of joeys and the sorrow of First Nations people over what they say is the overt abuse of a species they consider to be the original Australians. 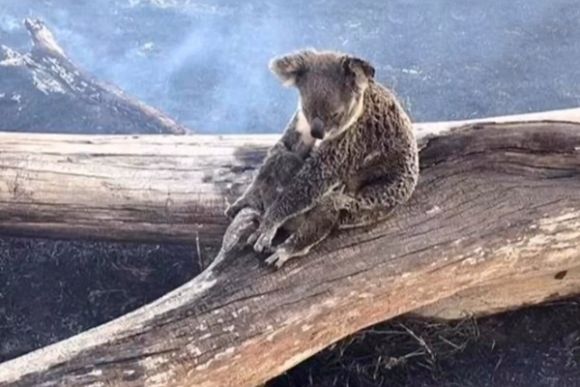 In the aftermath of the devastating bushfires, wildlife has been left with a severe shortage of food but our governments don't seem to care.

One of the crucial findings of the Inquiry was that, according to the Department's own quota reports, there are areas of the state where kangaroo population densities have fallen so low, some species may be at risk of localised extinction. Claire Galea, an independent biostatistician called in to review the Department’s statistics, verified that certain regional species, including wallaroos in the Northern Tablelands, grey kangaroos in Tibooburra and grey kangaroos in Cobar have all been pushed to the brink of extinction.

For example, the grey kangaroos in Cobar experienced a fall in population of 99 per cent between 2014 and 2019.

There is a strong link here to the commercial harvesting industry, which was found to have:

‘...exacerbated the decline in macropod numbers in New South Wales.’

Another finding was that the mathematical methods the Department uses to obtain the population estimates have changed four times in the last 30 years, have never been validated and are not subject to any peer review or external auditing. When asked how many joeys were killed, the Department’s response was that they did not count them.

The Inquiry found the methodologies used for measuring populations were so unreliable that they:

“...make it impossible to have confidence in the long-term trend data on kangaroo populations.”

‘...as a matter of urgency, the Department of Planning, Industry and Environment [should] introduce a moratorium on harvesting wallaroos in the Northern Tablelands and red kangaroos in the Western Plains, until new population surveys are conducted.’

Perhaps the most heart-wrenching of these findings was that the committee accepted evidence from animal welfare groups that current practices around killing joeys are not acceptably humane. Apparently bludgeoning joeys to death, bashing their heads against the side of a truck, or leaving them motherless to fend for themselves against predators isn’t considered a high standard of animal welfare.

When the draft report was released, it was applauded by advocates as being an accurate record of the findings from the Inquiry and there was at last some hope that Parliament was willing to concede that the industry – so often lauded as clean, green and humane – was hiding some dark secrets.

Fast forward one week after the Committee members had time to return to their respective parties to examine the findings and decide how they wanted the final report to look, the public was presented with a very different report. The final report saw many of the most important findings excluded or significantly watered down. Gutted were crucial findings regarding the inaccurate and misleading data, the alarmingly low kangaroo numbers in certain parts of the state and the profound impact shooting has on the social, emotional and cultural lives of kangaroos and wallabies.

What happened during those crucial seven days between the release of the draft and final reports? How is it that representatives of the Liberal Party, the Nationals and Labor, who looked visibly disturbed by what they heard during those hearings, came back after their deliberations and formed an alliance to omit the most important findings from the final report? Was it because there’s too much at stake for them?

We all know what to expect from the Nationals and their trigger-happy constituents. Liberals, of course, will take the low road to appease them. But Labor? It’s common knowledge they haemorrhaged votes in the 2019 elections, none more so than in regional electorates like the Upper Hunter. They are also desperate to catch seats in regions that used to be National’s heartlands, regions where the Shooters, Fishers and Farmers are gaining traction.

Hon.MARK PEARSON speaks out on #Australia allowing non-commercial shooting of #Kangaroos:"This has encouraged a complete disregard for the killing of one of our most cherished native animals & a vindication of what has become a genocide of this species" https://t.co/nr684mun8e

In the desperate scramble for the rural vote that would help bring Labor over the line in the coming state and federal elections, is the cruelty and unsustainability of the continual killing of kangaroos an inconvenient truth? One that they’ll happily turn a blind eye to when they think no one is watching to appease voters in seats they may have a chance of winning?

One group of people who refuse to turn a blind eye is First Nations elder “Uncle” Max Dulumunmun Harrison and his family of Yuin Country. He gave the inquiry an account of how kangaroos have helped the survival of his people over the last 80,000 years and heavily criticised the cruel treatment of joeys as well as the indifference of farmers to the defencelessness of the kangaroos, as he implored Parliament to take action.

On World Kangaroo Day, he presented a message stick to NSW Upper House MP,  Mark Pearson, that contained the ‘Yuin Declaration for Kangaroos’. The Declaration contains seven articles that acknowledge the connection sentience, intelligence and ancient history of kangaroos, and the spiritual, cultural and environmental connection First Nations people have with them. It also acknowledges their unique songlines, language, culture and dreaming, and calls on federal and state governments to ensure they shall not be sold or subjected to any inhumane, cruel or degrading treatment.

Mr Pearson is set to bring this message to Gadigal Country for a ceremony at NSW Parliament House in 2022 with the aim of having the NSW Government recognise the importance of the Declaration.

Uncle Max and Mark Pearson aren’t alone in their fight to protect kangaroos. Though the kangaroo Inquiry has shown us that our government seems only concerned with protecting the commercial viability of an industry that threatens to bring kangaroo populations to extinction, the unprecedented number of public submissions to the inquiry (over 400) has also shown us that people are noticing what’s going on and care.

Now, more than ever, it’s important we all stand up and fight for our national icon — the gentle, social, soft-footed kangaroo.

Linda Paull is a member of the National Board of the Animal Justice Party. She is an avid campaigner on animal rights and environment.

10 December 2021, 11:00am The Liberal, National and Labor Parties have ensured the public will never know the ...
Join the conversation
comments powered by Disqus
News updates