Live export is in the spotlight again as animal welfare and public sentiment take second place to the profits of a few key operators, writes Linda Paull.

IN 1985, the Senate Select Committee on Animal Welfare in its report, ‘The export of live sheep from Australia’ concluded that if a decision on the future of the trade were made on animal welfare grounds alone, there was enough evidence to stop the trade.

It appears that since 1985, not much has changed.

Earlier this year, the Government promised to review the live sheep trade from Australia during the hottest three months of the year. Animal protection groups and concerned citizens watched carefully, hopeful that this wouldn’t mean a scaling back of the ban on live sheep shipments from Australia to the Middle East during the heat of the northern summer.

But of course, the Australian Government once again proved itself incapable of acting in the interests of anyone besides a few vested interests when they decided to relax the ban in March this year. 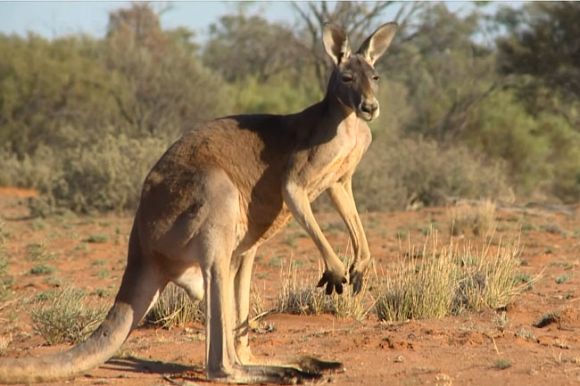 The Liberal, National and Labor Parties have ensured the public will never know the findings of an Inquiry into wellbeing of kangaroos.

“Despite extensive scientific evidence of the detrimental, often lethal, effects of heat stress for sheep on board live export ships, plus multiple investigations and exposés of the horrific conditions experienced by animals on board, it appears that once again animal welfare has been relegated below the profits of a few operators.”

Live export has been under public scrutiny for decades. And while the public is vehemently opposed to it, the Government seems to treat this as an obstacle to profit, rather than an indication that the industry lacks social licence.

According to a study carried out by Futureye, an overwhelming majority (95%) of the public is concerned about the treatment of farmed animals and considers farmed animal welfare in Australia to be an issue to some degree.

They found the issue that is of most concern to this vast majority of Australians is that of live export.

The public has good reason to be concerned. Veterinarians have also been vocal about conditions on ships. The respected veterinary journal, Animals, compiled the findings of 37 reports by observers onboard live export vessels and concluded that inhumane conditions may be the norm, not the exception on live export voyages.

Dr Lynn Simpson is a veterinarian who served as the onboard vet for some 57 live export voyages. She has given harrowing and vivid descriptions of debilitating injuries, including heat stress, mother sheep suffering abortions or stillbirths due to stress, lambs being crushed to death in the cramped conditions on deck and having to routinely kill sheep and lambs to put them out of their misery.

On another voyage, she conducted post-mortems on 120 dead and dying sheep, who had been roughly piled together on deck.

In her 2019 submission to the Inquiry, ‘Live sheep exports to the Middle East — have your say’, she stated:

‘I don’t believe there is a level of “acceptable” sustainability of the live sheep export trade from Australia that would meet community and producer expectations or be defendable.’

It’s not just animal health that should be of concern to the Government. World Health Organisation epidemiologist, Professor Mary-Louise McLaws has been outspoken about the danger of live exports as a potential source of another zoonotic virus outbreak. 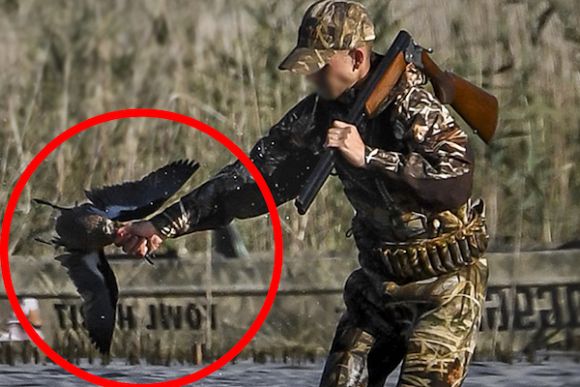 Duck hunting season: When too much dead wildlife isn't enough

The Andrews Government has announced another duck slaughter season in Victoria.

David McIver, a senior scientist and epidemiologist at biotech company Metabiota, said the rise in live animal exports was a growing issue for many other diseases, such as avian influenza virus, mad cow disease and Nipah virus.

Given the economic fallout of the recent COVID-19 epidemic and the devastating effect it has had on the lives of Australians, it seems unbelievable that the Department of Agriculture is willing to risk the livelihood of our citizens, simply to protect the profits of a few key players in the industry.

Any reasonable person would assume that given the level of risk involved, the trade must be of great value to the economy, at least to the agricultural sector.

According to research by consulting firm, ACIL Tasman, there is far more benefit in processing sheep here in Australia than sending them overseas to be processed due to the value that will be added to the Australian meat processing sector and Australian workers would also benefit.

Even Meat and Livestock Australia admitted in 2020 that live sheep exports reached a historic low with a 27% decline from the previous year. In fact, the decline in the value of live sheep exports declined by 41% compared to 2019.

In a shocking demonstration of non-compliance with regulations, 478 cattle and sheep suffered and died last year on a horror 36 day voyage to Turkey. Suzanne Cass reports.

Meanwhile, the boxed meat trade is growing rapidly. In 2009, Australia exported 19.9 million kilograms of boxed lamb to the Middle East. In 2019, it was 57 million kilograms, a 187% increase.

NSW Liberal MP Jason Falinski has also acknowledged that the trade is going to come to an end anyway and that “the economic rationale for continuing the trade wasn’t strong”.

So who really does benefit from this trade? Not the Australian economy, not Australian workers, not Australian consumers and certainly not the animals who must endure these horrific journeys by ship to destinations where the welfare laws and practices are even worse than they are here.

Despite this, the Coalition Government remains committed to the trade and Labor has yet to announce its plans, despite being strongly in favour of phasing out live sheep export by sea in 2019.

When the New Zealand Government announced they would cease the export of all live animals by sea by 2023, the NZ Agriculture Minister stated:

“We must stay ahead of the curve in a world where animal welfare is under increasing scrutiny.”

Linda Paull is a member of the National Board of the Animal Justice Party. She is an avid campaigner on animal rights and environment.

10 December 2021, 11:00am The Liberal, National and Labor Parties have ensured the public will never know the ...
Join the conversation
comments powered by Disqus
News updates