The hysterical campaign by Rupert Murdoch's newspapers against the Government is a throwback to another time in Australia's history, says former News Ltd executive Rodney E. Lever — the Whitlam era. 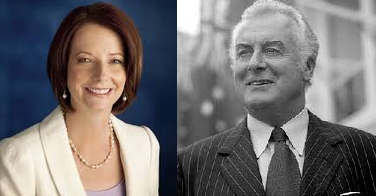 AS ONE WHO HAS OBSERVED, sometimes from the inside and sometimes from the outside, many more elections than most of those people who will be lining up in the polling centres  to vote on the 44th Parliament on September 2014, I would like to share some  carefully buried history of the past.

This year will see one of the most significant elections in our history.

Like some, I have reservations about the prime minister, Julia Gillard, and her Government's seemingly purposeful determination to pour buckets of slops over itself, from time to time.

Such things happen in other parties, too.

In 1986, the former prime minister, Malcolm Fraser, was found wandering the streets of Memphis, Tennessee, without his pants. He survived the incident (without ever offering any explanation) to become a creditable elder statesman.

Tony Abbott has no inhibitions about regularly exposing most of himself on a Manly beach, while a reigning prime minister named Harold Holt disappeared forever in the Portsea surf after spending a weekend with his mistress while his wife was away.

My concern with Julia has nothing to do with her being a woman. With three daughters of my own, I am well aware of the strength that women of character have to offer. Women have played major roles in Australian politics since 1896. Their significance has always been sadly underplayed. 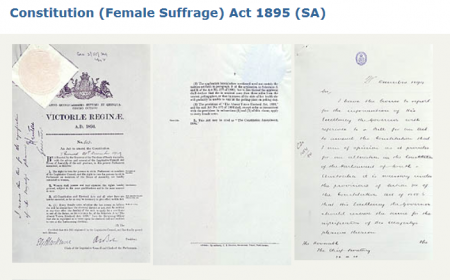 South Australia was the first democracy in the world to allow women the right to vote,  after a few courageous suffragettes had thrown themselves under the hooves of the galloping racehorses and submitted to determined hunger strikes.

I think Julia may have made a mistake by announcing the new election seven months early. In doing this, she overruled the practice of most prime ministers since Federation. Snap elections were all the go, the time chosen by the party leader as the most propitious.

Menzies was the first practitioner. His tactic, still followed by Liberal leaders, was to win an election with wild promises and to enter government with cruel savings in the first year and generous budgets in the third year just before a snap election, catching the Labor Party when they least expected it.

Julia’s decision was reckless for Labor. It has given a virulent opposition and a vicious and uncontrollable media seven whole months in which to hurl slings and arrows of outrageous accusations — some true but most exaggerated beyond all reason.

Perhaps she has something up her sleeve to finally confound Opposition leader Abbott – who seems afraid to talk to the people at all – and a shadow treasurer who has shown himself to be an economics clown, and spokespeople like Bishop, Pyne and Brandis, whose only talents seem to exploit perpetual confusion and inconsistency.

Recently, I saw the two episodes of the ABC’s documentary about the Whitlam era. Having been closely involved at that time, I was amazed at how Australia’s national broadcaster could have exposed either its own incompetence or its deliberate burying of the truth.

The ABC ran what could only be described as reeling out all the false allegations thrown at the Whitlam government by Rupert Murdoch’s newspapers with no evidence whatsoever to back them. It simply repeated ugly and untrue stories that The Australian had mashed out for weeks; stories that have been since been shown to be contrived, exaggerated and wrong, wrong, wrong.

Did they mention that John Howard was one of the busy bee Liberals who secretly brought Khemlani to Australia and took him to a Canberra hotel with his two suitcases of records of supposed dealings with the Whitlam government. After long days and nights sifting through the papers, Howard and his colleagues found nothing – absolutely nothing – which could be held detrimentally against Whitlam and his government?

Did they mention that it was Whitlam who first broke down the artificial doors between the West and a China that had remained an international outcast even while they fought the same enemy as ourselves, the Japanese. Did they mention the fury of Richard Nixon and Henry Kissinger  when Whitlam’s visit showed up the stupidity of the US and forced the hand of a Republican government to recognise the fundamental rights of China, whatever its choice of government at that time?

No! None of the real story was told in this so-called "documentary".

In 1975, Rupert Murdoch came back from England, where he had just purchased The News of the World. He came expressly to destroy a government which, three years earlier, he had helped to elect.

Miffed by Whitlam’s failure to reward him for his support in the election and Whitlam’s failure to accept the Murdoch view on how to run the country, Rupert began his ugly, ruthless campaign to bring Whitlam down. It was the most savage attack on an elected government in the history of this country and is matched only by the current daily sensations aimed at destroying Labor’s programs for the future.

Murdoch can be sure this time that a Liberal government is already in his pocket,  despite his tattered reputation in the UK and the USA. A win for Abbott is a win for Murdoch, who will have Australia in his pocket, too, virtually owning the country’s entire media, the press, the TV and the radio — exactly as Hitler had done in Germany in 1932.

Tony Abbott goes into this election with the clear knowledge that he has Murdoch’s support and he does not have to do anything or say anything to move into the Lodge and to pick up the handsome pension and entitlements that Australia hands to its former prime ministers.

Murdoch had hated Menzies. He also hated McMahon, who was in the pocket of the Packers. He campaigned for Whitlam in 1972, with all the emerging power of his newspapers and expected rewards in return. From Whitlam, he got nothing back, not even condescension, for Whitlam certainly had at least the same level of personal ego as Rupert Murdoch — perhaps even more.

Murdoch’s journalists rebelled and many of them resigned from the company in disgust as the anti-Whitlam campaign got under way. Alas, I was not among them. I was the senior executive of News Corp in Queensland and the lone breadwinner for my family and the father of six children, all at a critical stage of their education. I felt unable to walk away from my job so easily as some of the other journalists. But the events of those days brought me to consider resignation at a more appropriate time.

Now, in 2013, I see all the Murdoch strategies in action again to bring down another Labor government, unable to complete its long-term commitments to make this country into a thriving, progressive nation ready to take its rightful place in the galleries of international alliances.

The current head of the ABC, Mark Scott, is a former journalist — of a later generation, but with a career not unlike my own. The Rupert Murdoch era brought changes to the quality of journalism that existed in the Keith Murdoch era. It disturbed Rupert’s mother but he brushed her views aside and left some pain in his family relationships.

The changes were dramatic. Suddenly, journalism was less about accuracy and good writing. It was about sensation, scandal and screaming headlines, ideas that Rupert picked up from the lower-end English papers with a culture of opinion and wild imagination rather than fact. He imported them to Australia, together with a policy that created fear and rivalry and competition for his attention among his journalistic staff.

If, as some have said, Mark Scott got the job of managing director of the ABC through Rupert Murdoch’s influence over John Howard, then that tells me something. Rupert Murdoch’s father loathed the ABC for the simple reason that it competed with the commercial radio network that K A Murdoch had established.

I knew that Keith Rupert Murdoch also loathed the ABC and saw it as a personal rival, just as he did the BBC in England after he bought the commercial service, Sky.

We argued about this many times.

I had grown up with the ABC. It was launched in the same year that I was born. As a child the ABC became my personal window to World War II, an event that was to shatter my early life.

Over the years I was able to follow events, listen to bits of Hitler’s speeches (there was no translation), to dramatic live broadcasts of the London blitz and the bombings of Berlin and the Normandy landings. Above all, I heard Winston Churchill’s great speeches that gave the Western world the encouragement we so needed.

After that, we listened to the events of the Japanese war and the nuclear bombing of Hiroshima and Nagasaki and the great finale of the Japanese surrender. Then the war was over and Chifley and Menzies began their struggle for the post-war government.

The newspapers of those days were also important sources for those of us who followed the war with intensity. The newspapers were good, but radio added an immediacy that was lacking in the pages of print; it was yesterday’s news versus today’s news.

And I have to mention the cricket in the days when cricket was really cricket. While I was in boarding school, helped by a whizkid schoolmate, I built myself a tiny crystal radio and hid under the bedclothes at night in the boarding school dormitory and listened in wonder as the broadcasts came to me from the BBC in London via the ABC.

My fond feelings for the ABC have remained with me through the years. I was Catana 9 in the Argonauts Club of the Children’s Hour.  I became a radio actor for a short while in a children’s play broadcast from the ABC studio, before I switched to a career in journalism.

Despite the calls today to have the ABC privatised, I would hate it to fall into the hands of Rupert Murdoch. Rather I would like to see it restored as a popular national broadcaster; a free service to the nation on both TV and radio, but with perhaps a stricter charter which would not allow it to compromise its political coverage as it undoubtedly has.