Three of the world’s biggest oil and gas companies have suffered significant blows in quick succession, with a collection of court rulings and shareholder votes sending shockwaves through an industry rattled by accelerating climate action and the impacts of the COVID-19 pandemic.

Recently, a Dutch court found that Shell is required to reduce its total emissions, including those from operation but also those from the use of the products it sells (“scope 3” emissions), by 45% of 2019 levels by the year 2030 to align with global climate goals.

This was found on the grounds that climate impacts would breach the human rights of residents of the Netherlands and the Wadden region. The case was brought in April 2019 by seven climate activist groups and led by Dutch environmental group Milieudefensie; the findings were announced on Wednesday night, Europe time.

The court’s ruling found that Shell is directly culpable for the climate impacts created by the normal usage of the products it sells, namely oil and gas. It rejected the company’s arguments that not selling these products would result in others selling the same, or that the responsibility lies with consumers rather than fossil fuel companies.

The ruling sets the 45% emissions reductions target and highlights that:

Australia’s Federal Court is set to rule on a similar case, asserting that the harm caused by coal extracted from a planned mine expansion in Whitehaven, NSW, is a breach of the rights of young Australians. ‘If the Court agrees that the Minister’s duty of care to protect young people from the harms of burning coal prevents her from approving the Vickery Extension Project there could be huge flow on effects for the approval of new, harmful fossil fuel projects in Australia,’ writes the group that brought the case forward.

Chevron also suffered a major blow, with a stunning 61% of investors backing a proposal from shareholder activist firm Follow This calling on Chevron to substantially reduce its scope 3 emissions by selling a lower quantity of fossil fuels. And activist shareholder organisation Engine No. 1 succeeded in the election of two climate-focused shareholders to the board of ExxonMobil.

It has been reported:

‘The result is one the biggest activist upsets in recent years and an embarrassment for Exxon. It’s also unprecedented in the rarefied world of Big Oil, and a sign that institutional investors are increasingly willing to force corporate America to tackle climate change.’ 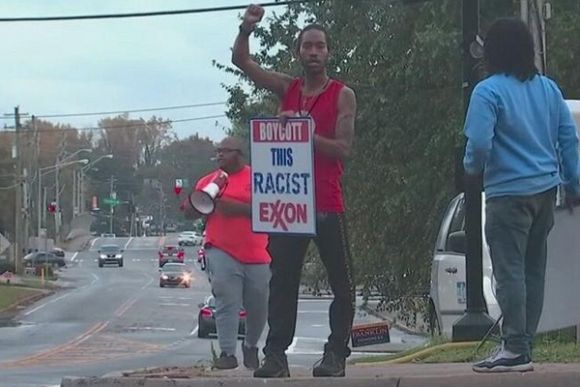 The American oil industry is linked to a history of racism, a legacy that remains after decades of Black oppression.

This triplet of major, historically significant findings and shareholder votes comes during a period of frequently unprecedented announcements. Only last week, the International Energy Agency, once derided as renewable-skeptics and oil and gas champions, released a report calling for a total cessation of exploration for new fossil fuels and a stop to new fossil fuel infrastructure, along with the retirement of all coal-fired power stations in advanced economics by 2030 and across the world by 2040. And another court action win focusing on the human rights impacts of fossil fuels resulted in a direct and extremely significant change to Germany’s federal climate targets.

Shell, ExxonMobil and Chevron were responsible for 5% of total global scope 1 and 3 emissions between 1988 and 2015, according to a 2017 Carbon Disclosure Project report. These changes indicate a major shift for global oil and gas companies away from expanding and growing their operations and towards either struggling to maintain their sales or attempting to slow the inevitable decline of sales.

The stream of news across the world signifying major shifts in the direction of fossil fuel industries is in stark contrast to the actions of Australia’s government, which has been increasing its spending on fossil fuel subsidies and attempts to prop up the industry.

Yesterday, the International Energy Agency appointed Australia’s Energy and Emissions Reductions Minister Angus Taylor to the Vice-Chair position for the 2022 Ministerial Meeting, along with Tinne Van der Straeten of Belgium and Dan Jørgensen of Denmark. Conspicuously, Van der Straeten mentioned both the U.S. and Danish ministers but did not mention Australia in her tweeted response.

It is only May, with the G7 meeting in late June and the COP26 meeting in November yet to come — already, the world’s fossil fuel industries are shifting far more quickly than Australia’s leadership was prepared for.

This article was originally published by Renew Economy under the title 'Shell, Exxon and Chevron stunned by courts and shareholders in climate blitz'. It is republished with permission.