So much for the Liberal-loving fake tradie, the LNP in Fisher have nominated a candidate actively despised by subbies. Sydney bureau chief Ross Jones reports.

SPARE A THOUGHT for the electors of Fisher on the Sunshine Coast.

Thanks to the antics of the Liberal Party and its allies, they have been effectively disenfranchised since April 2012.

It was then the Libs destroyed their own sitting member, Peter Slipper, in a most horrific way and with no regard for collateral damage.

They replaced Slipper with Mal Brough, a greasy-pole climber and known liar forced to quit Parliament under a police cloud for his subterfuge.

Now the LNP are hoping local voters will be sucker enough to buy its latest offering, barrister Andrew Wallace.

For Wallace, touted by head office as a cleanskin untainted by the Libs recent perfidies, there is good news and bad.

The bad is that Sunshine Coast tradies hate his guts.

The Sunshine Coast Daily tells us:

The Newman Government, after coming to power in 2012, set about cutting red tape and removing regulation.

His report included recommendations that will re-enforce the power imbalance.

They were based on the untested allegations of bias from parties representing principal contractors and ignore the government's own data that shows no bias exists.

The power imbalance is that developers have a nasty habit of not paying contractors. Not just in Queensland, of course, but nationwide.

When developers don’t pay, contractors can’t pay subbies and they in turn cannot pay their rent. Or anything else.

Before Newman and Wallace decided to amend the Building and Construction Industry Payments Act, developers had ten days to respond to a submitted schedule of costs. If they did not respond within that time, they were deemed to have agreed to the claims therein.

Newman and Wallace dropped the ten day requirement, which meant developers could respond whenever they felt like it.

Say you are a contractor with a dozen or so subbies generating a million a month in billable fees. Ten days pass, 20, 30 ….

There are no guarantees in this caper.

Newman and Wallace also did away with the system of Authorised Nominating Authorities (ANAs) for the arbitration of payment disputes.

Worse, according to Adjudicate Today:

Timeframes for disputes involving sums in excess of $750,000 have increased. Under the old law, disputes were generally resolved within six weeks to protect small to medium operators from financial hardship or insolvency. That timeframe has increased to six months.

In December 2014, the Newman government assumed control of the adjudication process and, as a consequence:

The current, no-cost service provided by ANAs on how to recover unpaid money has been dismantled. ANAs have had their statutory existence abolished, including the indemnity which allowed them to provide free advice.

The cost of adjudication will rise. Adjudicate Today has never charged an application fee to commence adjudication. The Government will be charging a sliding scale varying from $50 to $5,000.

That would be good for Andrew, because he is an adjudicator. In fact, he had worked through Adjudicate Today, but now he was free to do whatever. And charge whatever.

Based in Coolum Beach, Les Williams runs a company called W K Civil. It lost $700,000 on the Nambour Coles project when Walton Constructions went belly up in 2013, leaving 1,000 subbies unpaid and a trail of misery in its wake.

According to Les, the amendments introduced by Newman and Wallace:

… attacked construction industry small businesses statutory payment entitlements, disadvantaged their retention recovery rights and  then adjudication rights when seeking to recover those losses.  The core purpose of the Act, to ensure subcontractors a payment, was completely undermined by the amendments. Creditors reports filed with ASIC indicate approximately 2400 construction industry small businesses have lost approximately $110 million since late 2013 with many from the Sunshine Coast.

The LNP candidate for Fisher advised a senate committee [5/11/2015] that “my report was the catalyst for the 2014 amendments to the Building and Construction Industry Payments Act”.

He provided 49 recommendations, 48 of which were implemented. 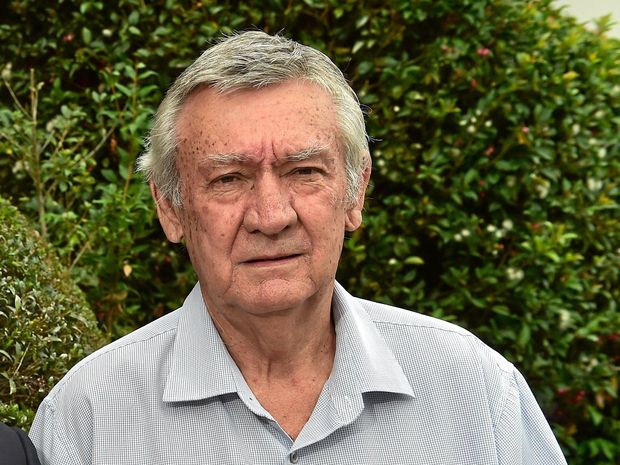 This Newman/Wallace move against Fisher small businesses cannot have gone unnoticed in the electorate.

Everyone on the coast knows a tradie. They have kids, mortgages, lives, social engagement.

Tradies keep the commercial wheels turning. When they go broke, everyone hurts a little.

Andrew and Campbell set out to stack the cards against this heartland.

So will the electors of Fisher swallow the Newman line and put 1 in the box marked Wallace?

If they do they are voting against Fisher tradies.

Nice bracelet by the way. Is that a Rolex?

The #faketradie is right!
We should stick with the current mob for a while... pic.twitter.com/mCeFQB6O3x