Those who own a business or work in HR must also know the feeling when you hire a candidate and they don’t quite match all the glory of their CV. Someone you thought to be qualified and have the necessary skill-set when they rock up to work it turns out they aren’t fit to mop out the toilets.

A similar dilemma hangs over the heads of voters of the Greenway electorate in Sydney’s western suburbs.  They are asked to vote for someone they don’t know much about and make a leap of blind faith with their futures.

On the one hand, there is Michelle Rowland — the current sitting member; someone who has worked tirelessly and brought a great deal to the electorate, including securing and delivering Greenway as the first Sydney area to see the NBN rolled out.

And then there is Jaymes Diaz — someone who has some lovely flyers full of lots of buzz words and clever slogans, although none of these are his own. In his campaign material, Jaymes promises little or nothing about his own electorate, only broad statements which are being rolled out nationally in every electorate by the Coalition and have been penned by some Liberal staffer in a Canberra office who has probably never been to Greenway.

Jaymes did however speak up once in this campaign for himself and what an impression he made. This became the notorious "six points" interview on Channel 10, which went viral worldwide.

Now he has seemingly gone into hiding.

Jaymes has now become this election's first “Faceless Candidate”. Jaymes appears to be hiding his face from the world hoping nobody remembers him as the candidate who looked like a complete imbecile on TV.

Since that infamous video ‒ that some who actually know him have remarked actually made him look smarter than usual ‒ Jaymes has not shown up for any kind of media event or interview and, at Liberal Party events, dodges the media like they have the plague.

“Has anyone seen Jaymes?”

The Advocate did actually find him one day campaigning at a railway station, however when the journalist approached Diaz he refused to make any comment or answer any questions.

Tonight is the Election Forum being hosted by the Blacktown Advocate and the Rouse Hill Times, and so far Jaymes refuses to say whether he will be attending or not, despite both of these being News Ltd papers. He is the only candidate to not respond. A confirmation email sent from the Blacktown Advocates editor stated:

Missing in action (if you can call hiding an action) is Jaymes Diaz of the Liberal Party and absolutely nobody else.

I’m told he has even been incapable of returning the Advocates phone calls, something I would have thought a common courtesy.

Jaymes Diaz, in his bid to remain faceless, is also ensuring that the Liberal Party supporters also remain voiceless locally. Nobody is speaking for them, only handing out and letterboxing  head office blessed Party propaganda to the electorates voters.

What utter contempt for the electorate he hopes to represent.

However, this is not the person the Liberal Party wanted representing them in Greenway — oh no. Tony Abbott went to great effort to ensure that Jaymes Diaz lost the pre-selection, throwing up all sorts of other candidates from State MP’s to burnt out old rockers.

This, however, turned out to be yet another failure for Tony Abbott as the branch stacking abilities of Jaymes’ father, Jess Diaz won the day.

Jess Diaz is one of the Liberal councillors on Blacktown council. The same Liberal councillors who closed Mt Druitt pool, are looking to close Blacktown Aquatic Centre, have voted to take away the councils pensioner rebate, have left hundreds of residents in limbo after announcing rezoning plans to take the homes from them, and are seeking to privatise the council child-care facilities.

On Sunday, it emerged in the Fairfax media that there are now questions over whether Jaymes Diaz even lives in the area ‒ despite his claims that he has lived there all his life ‒ with records showing he owns a luxury inner-city apartment.

A Liberal Party spokesman ‒ not Diaz, of course ‒ has claimed this is a smear tactic to discredit Jaymes and that he never lived in the apartment he owns with his brother. Predictably, Diaz is saying nothing at all.

Well, if a Liberal Party spokesman says it, then it must be Tony Abbott’s “gospel truth”!

The wiser amongst us may look at little things like, you know, "the facts" rather than what a “spokesman” says. Things like the fact that Jaymes owns the flat with his brother. That in 2007 he was involved in a resident’s dispute — something normally done by a "resident". Other things like an internet name being registered to a Jaymes Diaz at the apartment's address. I mean, it would be a pretty amazing coincidence for Diaz to find a tenant for his flat with the exact same name as him, wouldn't it?

There are other amazing coincidences, like the White Pages lists the apartment as his residential address, and that his work address of Diaz & Diaz Lawyers is listed in the same building. These things all point to Jaymes not living in the Greenway electorate at all.

Speaking of Jaymes’s business, I revealed on 7 August that Jaymes Diaz was an immigration lawyer. All through the local press, he was given the title “family lawyer” as that is how he is misleadingly represented in the Liberal Party paraphernalia. I guess this could be an adequate description ... if you were a family seeking to immigrate to Australia.

However, other people I’ve spoken with regards to his work describe  Jaymes as being  allegedly a

"People smuggler in a suit."

The mystery “Liberal Party spokesman” told Fairfax that this was yet

“Another grubby tactic from Labor.”

Maybe the “people smuggler in a suit” tag is appropriate given the Liberal spokesmen’s reaction — they clearly didn’t want the public knowing about what Jaymes does to earn a quid if they consider it grubby.

Anyway, it turns out I was wrong and for that I humbly apologise — I wouldn't want anybody to have the wrong impression of Jaymes.

You see, Jaymes isn’t actually an immigration agent. Well, not any more, at least. Well, on paper, anyway...

Jaymes actually ceased to be a licensed immigration agent in June. That’s not June 2005, nor June 2010; not even June last year. I mean, he ceased to be licensed in June this year, a couple of months ago — just as the campaign was kicking off, around the time of his pre-selection. Does all this smell a bit fishy to you? It does to me.

These things are what we know of Jaymes Diaz, it is what we don’t know that maybe we should fear.

It has become quite clear that Jaymes Diaz has been told to stay away from press by those running the Abbott campaign. This begs the question;

What does Tony Abbott know about Jaymes Diaz that he doesn’t want us to know?

You would think that in such a marginal seat, it would be in the best interests of the Liberal Party to have your candidate come out and redeem himself after such a spectacular screw up. Instead, he is being hidden away under a rock somewhere so that nobody can learn what goes through his mind other than the sound of crickets.

Yesterday, I noted that the Diaz campaign office has seen a couple of changes.

In my last post, I commented on the graffiti on the signage outside his office. Shortly afterwards, signage appeared there with Jaymes’s name and the Liberal party logo.

Yesterday, that was gone; so too was the corflute that was on the inside of the glass door which was his office entry.

Maybe this is due to the brothel next door distracting from the campaign. I mean, it’s probably not a good look for a campaign when the candidate is a Filipino immigration agent and his campaign office is right next door to a brothel full of Filipino workers.

Some have queried whether in fact Jaymes Diaz may have even withdrawn from the election. A valid question indeed, given his apparent disappearance or abduction by aliens.

What we do know is that voters are being asked to take the suddenly faceless Diaz at face value.

Voters are being asked to put their trust in a candidate who the Liberal Party clearly have no faith in whatsoever. He is not even showing any confidence in himself, so why should voters have any in him? 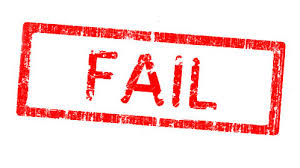 To the voters in Greenway, I say ensure you put Jaymes Diaz last on your voting paper.

If Tony Abbott cared for your electorate he would have done more to ensure you had a candidate that was worth allowing to speak or show up to media events. Tony Abbott has duped you and sold you out to local branch-stackers.

The people of Greenway deserve better.