The UK will lose some of its sovereignty over Northern Ireland as a result of its deal with the European Union, writes Daniel Raynolds.

JOHN BRUTON, the former Prime Minister of the Republic of Ireland, recently opined that the UK’s sovereignty over Northern Ireland has been partially sacrificed under the latest EU-UK deal, which has been implemented provisionally since 1 January 2021.

It is worth noting here that the aforesaid deal, which is officially known as the Trade and Cooperation Agreement (TCA), was agreed on 24 December 2020 and was later signed on December 30.

One party to the agreement was the European Union (EU) and the European Atomic Energy Community (Euratom), whereas the other party was the United Kingdom (UK) and Northern Ireland.

Mr Bruton, who also served as the EU’s Ambassador to the United States, sounded marginally optimistic about the deal in his recent Oped Column Syndication article, where he opined that the last-minute deal was better than no-deal. 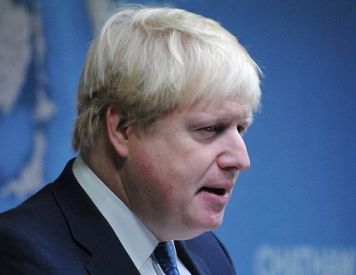 British Conservatives, voting on whether to make Boris Johnson their party leader, may be opening a can of worms, writes Lee Duffield.

He believes that the dispute settlement aspect of the deal is valuable from an EU point of view, as any disputes would otherwise have had to be referred to the World Trade Organisation (WTO), where disputes can drag-on for years because of the trade organisation’s cumbersome and narrow system.

Alongside the optimism, Mr Bruton is also concerned about the impacts the deal will bring about. He predicted a crucial impact of the deal, that the deal gives the UK more sovereignty over the island of Britain, but loosens a considerable measure of its sovereignty over Northern Ireland.

In fact, sovereignty is what the British side aimed for and that is what they got as far as the island of Britain is concerned. Indeed, now the British courts will not have to apply the decisions of the European Court of Justice (ECJ). The requirement of applying European courts’ decisions was seen in Britain as EU’s tacit interference with British sovereignty.

It is worth noting here that the EU sets the detail of social and environmental standards to be followed and implemented by the member states, which, until Brexit, included the UK.

However, under the EU-UK deal, the UK will now set for itself, the detail of social and environmental standards, which may be different from those in the EU. Brexiteers perceive such divergence as an expression of the UK’s sovereignty. 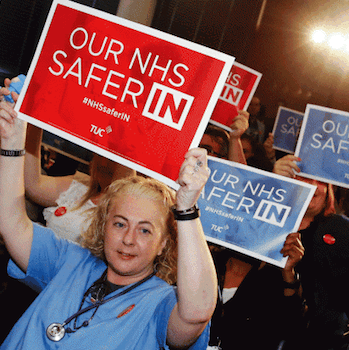 Destructive neoliberalism was the root cause of #Brexit

Dr Geoff Davies analyses the factors leading to Brexit which amounted to a backlash against a history of inequality and disempowerment delivered by followers of Thatcher's economic rationalism, or today's neoliberalism.

That is why Mr Bruton believes:

'There will be strong temptations to use this power if only to show that Brexit was worth the effort.'

Furthermore, on the presence of different views about sovereignty within the UK, Mr Bruton said:

And 'the more British rules diverge from EU rules, the more will Northern Ireland diverge from the rest of the United Kingdom'.

Daniel Raynolds writes opinions and reviews about various topics, including human rights violations across the world.

10 February 2021, 11:00am The UK will lose some of its sovereignty over Northern Ireland as a result of its ...
Join the conversation
comments powered by Disqus
News updates