Private educational institutions can instil notions of superiority that result in problems such as those we're currently seeing within Parliament, writes Bilal Cleland.

WE HAVE RECENTLY been inundated with reports of atrocious behaviour in our prosperous, relatively COVID-19 free nation.

The huge demonstrations against gendered violence led by Australian women on 15 March, indicated that things need to change.

At the same time, our national security agencies have warned against the rise of right-wing extremism, now called “ideologically motivated violent extremism” as a response to Liberal Party objections to the association of the term “right-wing” with fascists and neo-Nazis.

The arrests of two young men and one 16-year-old boy in the northern suburbs of Melbourne in an investigation of Muslim terrorism, now to be called “religiously motivated violent extremism,” served to divert some attention from the expulsion of a 15-year-old boy to New Zealand for his criminal activities in Australia. 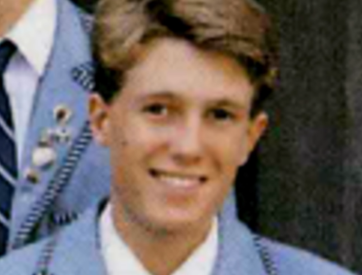 This was on the second anniversary of the Christchurch massacre, carried out by an Australian terrorist.

It did not go unnoticed in New Zealand.

“It's not something that nations who do have a rule of law and a commitment to human rights are doing.”

There has also been an upsurge of criticism of the behaviour of young men and boys from elite schools all over the country, schools which produce our conservative politicians.

A huge petition in support of sex education reform started by Chanel Contos, a former student of Sydney’s Kambala girls’ school, reached 16,500 signatures by 22 February. More than 2,500 testimonials were received from students, some only 13, who had experienced sexual assault by other students.

Prior to this, between 2015 and 2017, George Variyan of Monash University interviewed 32 teachers in three elite private boys’ schools in two capital cities in a yet-to-be-published study.

He found many examples of sexual harassment amongst the students and other staff towards female teachers.

There was a low level of awareness of the problem:

‘It may be that elite private schools, with high fees and high expectations struggle to speak back to their clientele. Studies have suggested when a scandal arises in such a school and puts its reputation at risk, this can seriously jeopardise their market share and viability.’

Mike Seccombe put the issue clearly in a Saturday Paper article titled, ‘The children of gods: how power works in Australia’.

He found 16 of the 22 members of the Morrison Cabinet are men and traced the educational backgrounds of 15:

‘Eleven went to non-government schools, mostly elite private ones. Seven of them, including Morrison himself, attended boys-only institutions. The Treasurer, Josh Frydenberg, provides some diversity; his schooling was elite, but also co-educational and Jewish Orthodox.’

Private education may not be of particular benefit academically but things that are valued more for the status they advertise than for their utility are called “positional goods” by economists:

‘It’s often said that the eye-watering fees paid for places at some of Australia’s elite non-government schools are an investment in a child’s future social network, far more than in their academic future.’

The elite schools provide, at substantial taxpayer expense, status and contacts to these “children of gods”.

That these schools are producing people of the calibre we see in our Federal Cabinet and boys like those dealt with in the Contos petition is surely a matter of national concern.

Notions of inherent superiority, of feeling above the common herd, which are apparently one of the effects of constantly being told you are special, bear venomous fruit.

Indeed, the sin of Iblis was the arrogant belief in his own superiority over mankind, that he was created of superior substance.