Downer by name, disaster by nature

Former Foreign Minister Alexander Downer has waded into his old patch in a characteristically obnoxious and hamfisted way. Alan Austin takes a look at the Downer "resume".

AS IF AUSTRALIA’S foreign policy isn’t precarious enough already. Tony Abbott is Prime Minister, Julie Bishop is Foreign Minister, Andrew Robb is Minister for Trade and all seem well out of their depth.

Even were this so, this is not the role of a former Liberal Party leader who has botched virtually every task he has undertaken.

Downer’s ineptitude has not diminished since losing office.

In May 2008, when Western naval vessels were positioned off Burma to help disaster victims, he called for regime change. According to a furious Malcolm Fraser, then Professorial Fellow at the Asia Pacific Centre for Military Law, this blunder justified the Burmese junta refusing assistance, costing thousands of lives.

In mid-2008, Downer was appointed UN Secretary-General’s special representative for Cyprus, supposedly to help revive the peace process in that divided Mediterranean island.

In five years in that role, he has spectacularly and embarrassingly failed. There has been no breakthrough. He has been a constant source of criticism and derision for his perceived partiality and ineptitude.

A commentator in 2010 observed:

'Alexander Downer shall pass, just as the offending air from a bad fart passes on, eventually, no matter how foul. But two forces will remain.'

An article today in the Cyprus Mail ridicules his failure:

'He could not talk about the weather without provoking a barrage of criticism of his alleged pro-Turkish bias, combined with calls for his immediate replacement.'

Even moderate comments are mocked simply because they emanate from Alexander Downer.

The Cyprus Mail claims his comments this week on the economy

'...could hardly be described as controversial or biased views, but the parties still felt obliged to have a go at him, even though they agreed with what he said. How absurd is that?'

To those familiar with the foreign policy failures of the Coalition in Australia since Rupert Murdoch took control in 2005, it may not be absurd at all.

But with Indonesia so central to Australia’s wellbeing, it is vital the failures of the Howard years are not repeated. So Abbott and Bishop will have their hands full in Jakarta next week.

“I can't recall an Indonesian foreign minister taking a step like this in relation to Australia ever before … It underlines what a threat this is to an important bilateral relationship. It's a matter for this Government now to clear this up, to either repudiate Mr Downer's comments or to endorse them.”

The question is: are Abbott and Bishop up to the task? Or will they simply continue to serve the interests of the media organisations that put them into office? 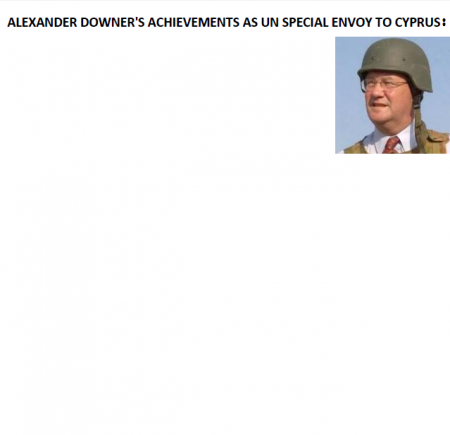