The Department of Finance have received an FOI request from the Ashbygate Trust about five senior Liberals, says Brock Turner, but they have been rather less than helpful. 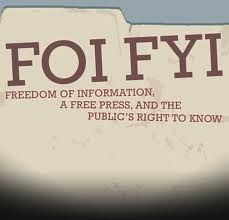 Like, it seems, everybody else who has tried to use the provisions of the Federal Freedom of Information  Act to uncover more of the truth surrounding the Ashbygate saga, we are experiencing "difficulties".

We anticipated the corrosive and anti-democratic machinations of the Ashbygate conspirators might be difficult to bring into the light, but we hoped for more from our supposedly neutral public service.

The Ashbygate Trust lodged an FOI request with the Department of Finance and Deregulation on the 12th of June, 2013. This request sought to uncover correspondence between the Department and a list of five Liberal Party members, covering correspondence relating in any way to Peter Slipper. The submission was acknowledged with an automated response.

Under the Act, FOI requests are meant to be acknowledged within 14 days and completed within 30 days. On the 4th of June, three weeks after the initial request, I received correspondence from an anonymous bureaucrat in the Department informing me that they would be unable to meet 12 July deadline. The reason given was the distributed nature of the documents that needed to be searched and that the search encompassed paper based records as well as electronic ones. The correspondence also stated that a search of Canberra based documents had already been undertaken.

In regards to your FOI request (our reference 13/49), the decision maker has advised that they will be unable to meet the deadline of 12 July 2013. This is due to the need to search records which are held in numerous interstate locations, and includes paper based files which are not as efficient to undertake searches on as electronic filing systems can be. A search has already been undertaken on Canberra-based records.

We estimate that the time needed to finalise your request is an additional 30 days.  As such, do you agree to an extension to 11 August 2013?

We replied as follows:

I find the request for an extension disappointing and unsatisfactory but nevertheless appreciate the effort already undertaken. If you could please forward all records yielded from your completed search of Canberra-based records forthwith and then other documents by your suggested date of 11 August 2013 then I will agree to the extension.

To my surprise, this email did not even receive the courtesy of a response.

The following day, 5th of July, I was however CCd in on an application by the Department to the Office of the Australian Information Commissioner (OAIC) for an extension to the request. As you can see below, despite not even responding to my email the previous day, the FOI officer for the Department asserts that we had been unable to come to an agreement; it's pretty hard to come to an agreement if one party refuses to communicate.

I am writing to request a section 15AB extension for an FOI request made by applicant Mr Brock Turner contactable at brock@ashbygate.com.au

Mr Turner lodged his FOI access request (complying with s 15) with the Department of Finance and Deregulation (Finance) on 12 June 2013.

Due to the nature of the searches to be undertaken (both paper files and electronic files) and the fact they need to be undertaken in numerous interstate locations the request is complex in nature.

On 4 July 2013 Finance contacted Mr Turner requesting an extension of time of 30 days.  Mr Turner responded with an offer to provide an extension for the interstate searches but not the Canberra based searches.  However, a decision has not been made on this request and Finance will not be in a position to split the FOI into two parts and make two decisions for this FOI request. 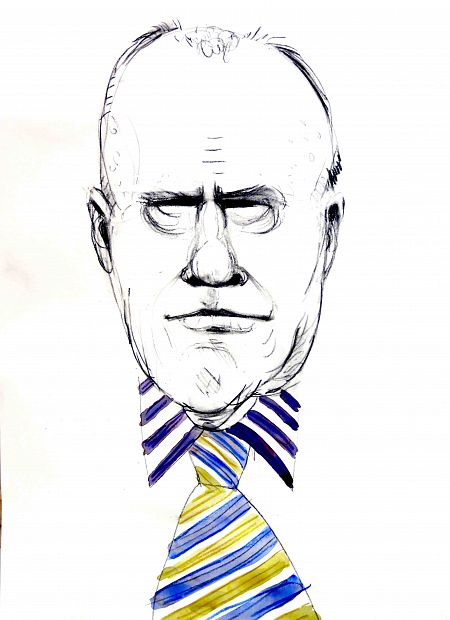 Finance requests a 30 day extension under s 15AB. This would make the new due date for a decision Monday, 12 August 2013 (taking into consideration that the deadline would have fallen on a Sunday).

Finance has consulted the applicant concerning the length of time required to process this request but has not been able to reach agreement with the applicant.

The request relates to correspondence that may have been received from certain members of Parliament.  Finance has offices in Canberra and each state and territory capital that deal with members of Parliament in relation to administration of parliamentary entitlements and staffing.

The nature of the request involves Finance undertaking both an electronic and manual check of records held in both Canberra and numerous interstate locations.  As the searches required include the need to consult paper based files they are time consuming to undertake.

Searches have already been undertaken on Canberra-based records.

A substantial amount of work has already been undertaken processing this request.  Finance has undertaken searches in the Canberra offices with searches needed in each state and territory office to be undertaken in the period of the extension.  Requests were recently made to the managers of the state and territory offices to undertake these searches.  Finance believes it will be in a position to complete the FOI process on or before 12 August 2013.

Thank you for considering this request. 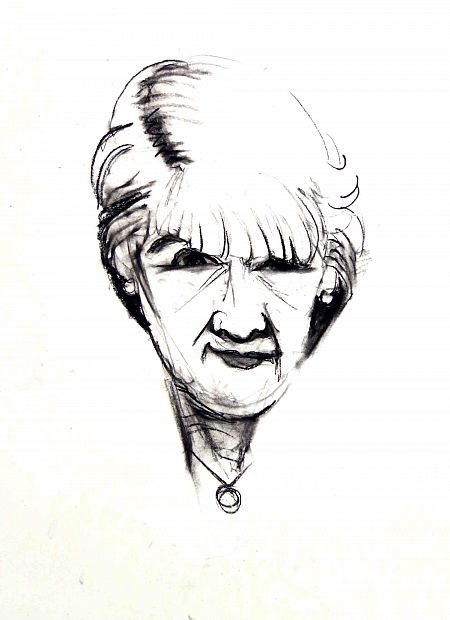 Also of interest in the preceding request for an extension, the FOI officer indicates that requests for documents were only recently made to relevant office managers, this is despite receiving the initial request some three weeks ago.

As you would expect, I then contacted the OAIC to dispute the assertion. On the 5th of July we wrote to the OAIC:

I am writing to dispute a statement presented to you as fact by the FOI officer for the Department of Finance and Deregulation.

In the email sent to you, included below, the FOI officer makes the assertion that no agreement has been able to be reached with the applicant (me) regarding an extension. I submit that this is a false statement.

I question why no decision has been made with regards to forwarding the already completed elements of the request. I also seek your instruction on whether the officer's claim that the department will not be in a position to split the FOI into two parts is either necessary or genuine. What does "not be in a position", in this context, actually mean? Does it mean that it is not possible, which wasn't said, or does it mean something else?

I appreciate your attention to this issue and look forward to your response. 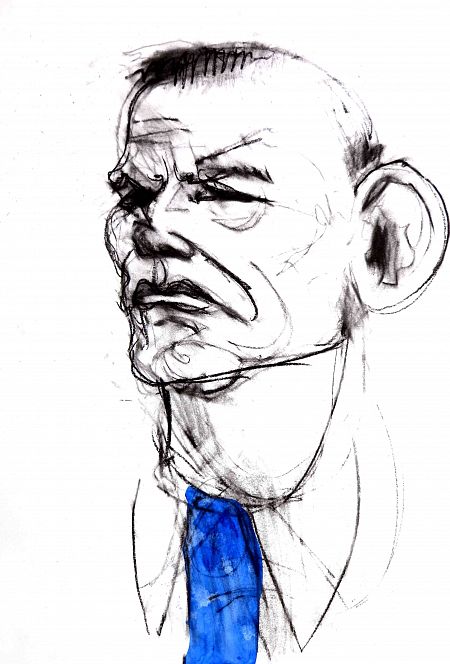 For whatever reason, this email has not been responded to in writing. A week later, on the day ‒ the very last day ‒ that the department had to satisfy our initial request, I received a telephone call from a delegate of the commissioner employed in the dispute resolution branch of the OAIC.

The bottom line of this telephone conversation was that, under the Act, the delegate was completely within his rights to afford the Department of Finance the extension they had requested and that he was going to do just that. Requests for the immediate release of the already collected documents were rebuffed with non-specific descriptions of intra-office procedures.

Not exactly what I would call the actions of a public service committed to the community operating under an Act that is supposed to make information more readily available to the public, but that could just be me...

On the afternoon of the 12th of July, we received this communication:

On 5 July 2013 the Department of Finance and Deregulation (the Department) requested further time to make a decision on your FOI request of 12 June 2013.

This request was on the basis that the processing period is insufficient to deal adequately with your request, because it is complex. 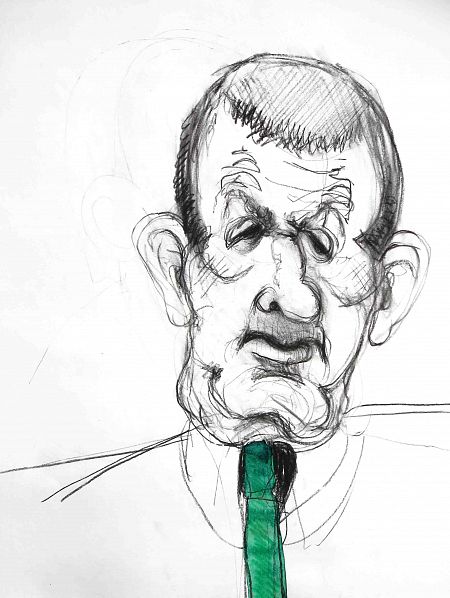 As a delegate of the Information Commissioner, I am authorised to make decisions on requests for extensions of time under s 15AB of the Freedom of Information Act 1982 (Cth) (the FOI Act). I have decided to grant the Department an extension of time of 30 days for this request, to 12 August 2013. This decision has been made under s 15AB(2) of the FOI Act. A copy of the decision is below.

If you are unhappy with the way we have handled your request, you may complain to the Commonwealth Ombudsman. This service is free, and you can contact the office on 1300 362 072 or by visiting www.ombudsman.gov.au.

If you would like to discuss this matter you can contact me on the number below or via return email. Please quote the reference number RQ13/01167.

We are still considering whether to lodge a formal complaint with the Ombudsman, however I doubt very much whether this would expedite our request. There is a strong possibility that all it would achieve would be to bog us down and consume further resources. One kind of gets the feeling that is not a purely coincidental outcome.

We look forward impatiently to the 12th of August when we will receive the requested information — we hope!

1 August 2013, 5:59pm After a drawn out process, the Ashbygate Trust has been informed their FOI request ...

Why people gave $50,000 for Ashbygate investigation

5 July 2013, 11:29am The Ashbygate Trust started as a result of one man's frustration with a "cor ...
Join the conversation
comments powered by Disqus
News updates