After a drawn out process, the Ashbygate Trust has been informed their FOI request has been denied. Brock Turner fills us in on this disappointing development. 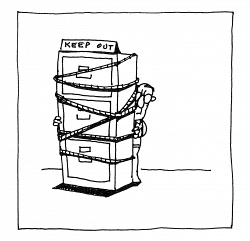 IN A DISAPPOINTING – but not entirely unexpected development – the Ashbygate Trust has received notification from the Department of Finance and Deregulation that their Freedom of Information (FOI) request is being denied.

Originally lodged on 12 June this year, the FOI was supposed to be completed by 12 July.

One week prior to the due date, the Trust received an email from the Department requesting an extension of time. They indicated that although a search of Canberra based documents had already been completed, numerous other locations still needed to be searched.

The Trust offered to agree to the extension if the already discovered documents were made available immediately.

Disappointingly, the Department chose to not respond to this offer. Instead, the Trust was copied into an email that was sent the next day from the Department to the Office of the Australian Information Commissioner (OAIC). In this email the Department claims they had been unable to reach an agreement with us. They were requesting approval for an extension directly from the OAIC.

On the last day the Department had to fulfill the FOI request I received a call from an officer of the OAIC. With some trepidation, he informed me that he was granting the Department's request for an extension of 30 days. The issue of releasing the already collected documents was raised during the telephone call. I was informed that as they had not been through a review process they could not be released.

This brings us to 31 July, when the Trust received notification of the denial of its FOI request. It was denied, curiously, on the grounds that the documents do not exist.

We are left with several questions.

When the Trust offered to agree to an extension, on our terms, they did not inform us that no documents had been discovered. We would have then, quite obviously, agreed to the extension without the need to involve the OAIC.

Why did they not respond to this offer? Convenience?

Another question we would like an answer to is: why was notification of denial written and signed by someone who has nothing to do with the FOI branch of the Department? Why was it signed by somebody who we have had no correspondence with? Why is somebody from the Entitlement Management Branch involved in an FOI request?

Needless to say this is not at the end of this.

We have lodged a request for review with the OAIC. We are informed it might be a lengthy process.This is said to be due to the OAIC currently processing a large number of complaints and applications for review.

Given the course that our request has taken we're not surprised there will be lengthy delays.

For more information about the Ashbygate Trust click here. Read about Independent Australia's investigation into Ashbygate.

1 August 2013, 5:59pm After a drawn out process, the Ashbygate Trust has been informed their FOI request ...

Why people gave $50,000 for Ashbygate investigation

5 July 2013, 11:29am The Ashbygate Trust started as a result of one man's frustration with a "cor ...
Join the conversation
comments powered by Disqus
News updates