Dear Caro, remember the cerise and pink of Joeys?

Frank O'Shea has been in receipt of another missive from a beleaguered middle-class housewife. When will Labor stop declaring class war on  battlers doing it tough in these straitened economic times?

Lovely to get your email. So unusual for someone to write these days. I’m typing this at work and will put it in an envelope and put a stamp on it like we used to do in the old days.

One of the partners came in a while ago and asked me if I was busy. I told him I was working on the JB Were account. Apparently there is something in the budget about the Ancillary Notional Expenses (ANE) scheme that Julian and Clive worked out to save paying tax on dividends.

It appears that Mr Swan – that’s his name by the way; I had a chuckle at you calling him Bird – said at a dinner yesterday that they were looking at ways to close that buttonhole. It’s a perfectly legal scheme, Julian has the Queen’s Counsel opinion and is not at all worried. But you could never trust the Labor crowd to get another one saying the opposite; it’s how these QCs make their money as you know.

Sorry, loophole, not buttonhole, lol. I don’t know how to move up this thing that blinks so that I can change it.

I loved your letter. You have such a way with words; it’s why they moved you into the PR section. And you’re right as usual — Labor have no class. In fact, I doubt if they know what it means; they got educated free thanks to people like us and then were taken in as charity by some law firm and taught how to tell lies with a straight face. 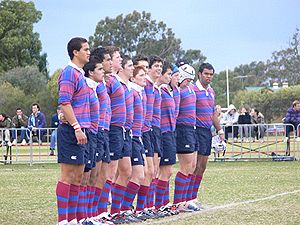 I think Tony is right to keep hammering on about the carbon tax. His talk of a “great big new tax” nearly won him the election last year and it would have done if it were not for the two hillbillies up the country. At work, we laugh at his TIAG statements – This Is A Government... — but if you say it often enough it gets through to the people out the West and they think he is so clever.

I liked that plucky chap on television the other night who pointed out that they shouldn’t make a big thing out of middleclass welfare. They laughed at the poor man when he said that public education was an example of it even though he is quite right. In theory, we could send our children to government schools and I believe that a few of the members of the golf club do.

My big news is that our Tom has been offered a contract with one of the football clubs: Souths, I think, or is it Easts — some direction anyway. He played with Joeys, as you know. Remember how we used to laugh at their colours: cerise and pink, wasn’t it? My little brother on the wing and all the girls mad keen on him.

Apparently, this isn’t the same game they play at Joeys, but Tom says it is almost the same thing. He is friendly with one of the lads at this new club, Todd somebody, a lovely young lad who looks after his mother, so polite, though I wish he would wash off those drawings on his arms. Some invisible ink they use, apparently, like the stuff they put on women at Indian weddings except that stuff wears off after a few days.

Anyway, Tom says that he will now be paid for playing, which I think will annoy the Brothers at Joeys. Easy for them, they have all their meals prepared for them and don’t have to pay tax. They’re not allowed to have, you know, but for all my fellow is bothered about that these days, I might as well be a nun.

Tom is not a Catholic, as you know, but Joeys always take in a few of our crowd to show that they are not prejudiced. I heard the other day that Shore and Riverview are poaching from each other. You can’t trust those Jesuits.

Which brings me back to your comment about so many Micks in the Opposition. Tony himself, of course – a spoilt priest, I believe – and Hockey, and Brendan Nelson (whatever happened to him?) and Barnaby Joyce and little Chris Pyne. All trained by the Jesuits. If Shore could do their job as well as that and produce a few politicians to stand up to Labor, there wouldn’t be any need for the Js to poach from them.

There are other Micks too, like Warren Snowdon and Bill Heffernan but they’re from the Brothers’ schools and they’re mainly there to kick heads. Don’t know how Barry O’Farrell turned out to be such a nice man after going to one of their schools. And of course Malcolm, who turned. There was a time when the Libs wouldn’t have someone like that. I suppose you could say that he is cancelled out by Rudd who went the other way.

Anyway, Caro, I’m rambling on. Lovely dinner on Saturday night. Your Clive was so attentive to you.

Must get back to the ANE thing.