Dastyari: Sam I am, aiding and Abetzing Barnaby

Now that the Coalition has shamed Sam Dastyari into vacating Labor's front bench, its argument that Dastyari's gift is 'ethically' different from donations to parties is rubbish, says Jennifer Wilson.

ON TUESDAY, beleagured and pasty-faced, Labor Senator Sam Dastyari flung himself at the feet of herds of rabid news hounds and proceeded to deliver an almost incoherent mea culpa for his inexplicable acceptance of some $1670 plus change from the Chinese. Yesterday, cheeky Sam caved in to Coalition pressure and quietly exited the front bench. But are we any the wiser as to his actions?

Yes, all right, he’s sorry, we get that, even though he’s probably only sorry he’s been caught. However, we don’t want his plate of green eggs and ham, we do not like them, Sam I am.

We want to know why Sam asked the Top Education organisation to pay his $1670 excess travel expenses — and Sam will not tell us.

While we wait until Sam’s motives are uncovered, as they most certainly will be eventually, acting Prime Minister Barnaby Joyce appeared on the ABC’s 7.30 last night looking as if he’d been mauled by a polar bear, or might have been if there were any left.

My new bit: The sharks, the scent of blood and Sam Dastyari https://t.co/uhyAy8t1hj @IndependentAus

Host Leigh Sales hastened to explain that he’s using cream to rid him of sun cancers — and then we got on with the process of distinguishing between I am Sam’s request for a personal handout from the Chinese and the Chinese making large donations to political parties.

There is a huge difference, Barnaby argued.

I don’t agree with his position.

The Chinese aren’t giving money to Australian politicians, either singly or collectively, from a place of love and friendship. They, like any other gift giver and donor, hand money to politicians because they want and expect something in return.

This is the case whether it’s a personal donation to Dastyari’s travel expenses, or a couple of million to a major party.

On the same theme, this bizarre tweet from Tasmanian Liberal Senator Eric Abetz appeared in my  time line yesterday:

I have long agreed with banning foreign donations but does @billshortenmp support similar foreign money ban for marriage plebiscite?

Abetz has not “long agreed” with banning foreign donations. Abetz has voted “moderately against” restricting political donations, frequently absenting himself when votes were counted.

As for the rest of the tweet, I can make no sense of it. Perhaps he’s suffering from irrelevance syndrome since Turnbull took away his portfolios.

Or perhaps, as Ben Pobjie suggested to me on Twitter, Chinese billionaires are surreptitiously supporting marriage equality in Australia. 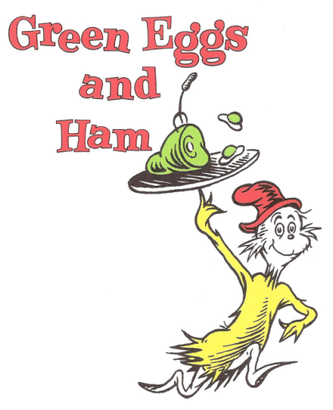 If the alleged support was for the noes, I’m absolutely certain Abetz wouldn’t be complaining.

In conclusion, they’re all, one way or another, trying to persuade us to eat green eggs and ham.

You can follow Jennifer Wilson on her blog No Place for Sheep or on Twitter @NoPlaceForSheep. This article was republished with permission.

#Labor willing to lose millions in foreign donations, in 2009; why did the #Coalition disagree? https://t.co/kIst7xEAm1 via @crikey_news

8 April 2021, 4:30pm Our government is being far too reactive when it comes to violence against women ...