Craig Thomson trial day one: What you didn’t hear about in the old media

IA court reporter Umberto Ledfooti was at Day 1 of the latest round of the Craig Thomson trials yesterday and says it is amazing what the mainstream media don’t report to the public.

IT AMUSED THIS WRITER that the 'journalists' present today at the Craig Thomson trial before Magistrate Charlie Rozencwajg at Melbourne Magistrates’ Court yesterday could not tear themselves away from Tweeting, posting to Facebook, or shopping for ladies' fashion long enough to hear the evidence being presented to the court.

Perhaps it's not considered fashionable any more to be presumed innocent until proven guilty?

This writer cannot confirm or deny the word 'incompetent' appeared in the New York Times crossword yesterday, which another scribe was seen completing while several witnesses spoke about the fascinating, faction-filled, topsy-turvy world of the HSU.

This writer can only hope that the recording of today's proceedings do not end up the same way as the previous day of hearing, when the court reporter's transcription tape had a malfunction, so that precise records of the hearing before the court were lost and led to Thomson’s barrister Greg James, QC, and prosecutor Lesley Taylor SC both offering to provide an aide memoir for the trial record.

Those familiar with audio tape recording would be aware of the phenomenon known as 'drop outs', where the tape experiences a momentary loss of signal during playback.

Had a tape dropout occurred on Monday’s proceedings, it may have erased any record of the whole appearance on the stand by jet-setting former brothel owner, Peter Lazaris, whose entire testimony lasted no more than five minutes and, as both Greg James and the magistrate pointed out, could have been covered by simply reading an entry on one of the credit card statements.

Mr Lazaris, who was not summoned to appear by either the prosecution or the defence, apparently volunteered of his own volition and out of the goodness of his heart, to fly from Sydney to Melbourne to appear at the hearing yesterday.

Before Mr Lazaris was called by the prosecution, Greg James, QC, appearing for Craig Thomson, objected, telling the court that

Mr Lazaris’ sum contribution consisted of confirming he once owned the A Touch of Class brothel; that it used an alias identity – ‘Staff Call’ – when it billed credit cards; that it destroyed all its photographic and accounting records after six years; and that he’d instructed his madams to obtain ID when processing credit card transactions — hardly the sort of material this writer would consider worthy of a Murdoch broadsheet using in its hysterical headline and 17 paragraphs of titillating testimony.

After lunch, the second row of seats in courtroom #22 were somewhat emptier than before this witness’ brief appearance; the vultures had been fed.

Which was, of course, the only purpose Lazaris served.

Yesterday’s first witness, Dr Rosemary Kelly, presently the Executive Officer and Secretary HSU Branch #4, and the HSU Vice President, who served on the HSU’s Financial Services Committee from about February of 2002, was on the stand far longer. Dr Kelly admitted that minutes of meetings were not always kept, however she did recall that certain financial records had, at some point, gone missing. Dr Kelly also stated that she did not know that Craig Thomson held a credit card. Nor did Dr Kelly seem aware of any ‘disagreements’ between various branches of the HSU, though she did state emphatically several times that she was not aligned to any faction.

The reader may make of the above what they will.

Curiously, Dr Kelly also conceded that she was aware of Kathy Jackson former husband Jeff Jackson’s misuse of HSU funds before Craig Thomson assumed the position of National Secretary, but “did not recall” that Craig Thomson set up an audit committee following those events — just as Dr Kelly did not recall making any detailed inquiries herself of financial irregularities in the HSU or the use of credit cards in the National Office, outside of the committees, with the exception of sending emails at various times.

As to the issue of whether Kathy Jackson had access to the financial records of the Union which later went missing, Dr Kelly could not be sure, but testified that Kathy Jackson had told her that these records were, in fact, missing. But Dr Kelly also said no one apparently knew exactly when those records disappeared. 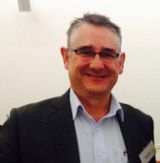 Lloyd Williams (pictured right), presently the HSU National President and the State Secretary of the HSU Victoria #2 Branch, was the second witness to appear yesterday. He also testified for far longer than the mainstream media’s favorite jet-setting eager beaver witness. He stated that Ian Dick has audited the financial records of the HSU National Office, when “irregularities” were discovered. And when the issue of those missing financial records came up, Kathy Jackson and Michael Williamson had suggested it was time to “move on”. However, while it has been reported elsewhere that alleged cash advances left Mr Williams “flabbergasted”, it was not reported that he admitted how the Union’s terms of use for Union credit card usage was written in general terms only — in other words, there wasn’t any written guideline explicitly prohibiting cash advances.

Or how he conceded that different salary packages for different officials was commonplace within the Union.

Nor was it reported elsewhere that Williams testified that Craig Thomson consented and supported an exit interview and audit at the time he left the HSU.

Ah, the things public are never told about by the Australian mainstream media.

For example, the public were not told that the next witness, Jan Armstrong, an HSU life member and former member of the Union’s committee, was issued with an HSU credit card in 1993 at the insistence of the then national committee for her use while she attended a meeting in Canada to support the Union and the trade union movement. But playing games on Facebook in court took precedence over her testimony to those whom Murdoch media’s Ean Higgins once described as “professional journalists”.

Ms Armstrong testified that she had discovered irregularities in Jeff Jackson’s credit card usage — then, later, at the lead-up to a branch election, Jeff Jackson falsely claimed that she had misused her credit card. This was shown to be a baseless allegation, and the subject of a defamation action from Ms Armstrong, from which Jackson was forced to settle and withdraw his accusations.

Ms Terrie Seymour, former branch secretary of HSU #5 branch and former member of the HSU National Executive from June 2002 until February 2009, next took the stand.

This is where a curious admission was made — that Ms Seymour allowed other Union officials to use her Union-issued credit card to pay legitimate Union expenses. Ms Seymour also stated that at the time she applied for a Union credit card, prior approval from any other member of the national HSU office wasn’t required.

She said all she she did was:

“I filled out the application form online."

An ongoing point of contention was that different Union officials had different salary and benefits packages.

Struan Robertson, an HSU liaison officer, testified about his salary package, which included a mobile phone, a car and a Diners Club credit card. He was not, he said, given practice or specific guidelines as to the use of the credit card. He stated that spousal travel appeared to have been approved on at least two occasions — one of those being a ‘150 years’ commemorative function and the other being during the ‘Your Rights At Work’ campaign.

While all the witnesses yesterday generally agreed that the use of any Union credit card for personal expenses was wrong, the prosecution has not yet, in the opinion of this writer, proven beyond a reasonable doubt that Craig Thomson did not have the authority to use the cards.

That is the key issue in this trial and the issue which is most easily answered.

Otherwise, the matters become an issue of defining “a personal benefit”. Is it like ordering a meal when you’re working a long away from home? Is it staying in hotels in distant cities after work hours that have a comparable level of comfort to what you have at home? If you can order The Sound Of Music to watch at home, is it such an exorbitant luxury to watch it on a hotel television? And as for the legitimacy and need of cash advances when people have to travel to various places for work related purposes — did many parking meters or tollgates take credit cards in the early 21st century?

No one who has been moralizing about “personal benefits” has really answered these questions consistently.

What does seem to be consistent – far more consistent, in fact, than the testimony of one particular witness – is that there were deep divisions, strong opinions and not much in the way of specific and consistent guidelines in the HSU as a whole. Each branch appears to have had its own practices, but as Rob Elliot stated, the card usage guidelines, if any, were geared more towards what the cards could be used for rather than what usage fell into the prohibited category.

Finally, it should be noted that an application to the court by the ABC to access the charge sheets wasn’t going to be granted until the prosecution had amended the revised charges, so instead of reporting the facts, the ABC led its nightly TV news bulletin with the fanciful claim that “sex workers” may be called as witnesses on Tuesday.

It’s disappointing to see the ABC joining Rupert on the black side of the proverbial ‘S’ bend.

IA will be there, watching intently (not doing crosswords or playing games on the iPad).

Follow Umberto Ledfooti on Twitter @Uledfooti. Catch up on the full Jacksonville saga on IA by clicking here.

Craig Thomson trial day 3: Upon the admission of facts