According to a Criteria survey in June, Chile President Sebastián Piñera's disapproval has increased to 77 per cent and his approval rating is negligible.

Since the civil unrest in October, 2019, Sebastian Piñera’s Government is in freefall. Its criticised for his poor, negligent, authoritarian and violent way of ruling and dealing with social issues. This mode of rule continues during the COVID-19 pandemic, prioritising economic wealth over citizens' health.

In this context, the leadership and ownership of managing the pandemic were taken over by the mayors of each municipality. If the guidelines from the Government were followed, Chile would be a cemetery. In the middle of a pandemic, the former Minister of Health, Jaime Mañalich, after absurdly claiming that “the virus could become a good person”, was encouraging people to go out for a coffee or beer.

Only weeks later, Chile was leading in the Latin American ranking of deaths per million caused by COVID-19. The lack of political capacity to rule was already evident and this virus has only intensified this truth. 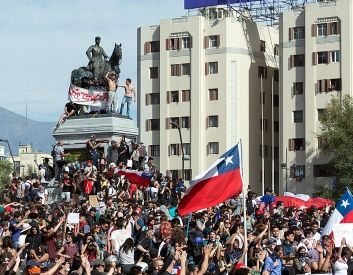 Since the 1970s, the Chile administration and police have killed, tortured, raped and suppressed protests with impunity, says Iván Ojeda Pereira.

Where was the President? Piñera barely responded to the mass civil movements against his Government. He didn't care to even create the impression he had the interests of the people in heart; he was too focused on continuing his repressive reign. Piñera formulated authoritarian laws that criminalised many forms of social protest. He released inmates that were sentenced for crimes against humanity, convicted in Augusto Pinochet’s brutal dictatorship. While Chileans were hungry, he gave the police new powers and weapons.

According to the Government, variously repressive measures were instituted to control COVID-19. However, the truth is they tried to implement economic reactivation, breaking social distancing and there was no mandatory quarantine program for the whole country. Piñera's actions were more orientated to reinforce a system of control than to protect the citizens.

Piñera’s Government does not have legitimacy and it depends exclusively on the police and military forces, gifted with alarming impunity before the law.

The National Prosecutor's Office counts 8,827 victims of institutional violence following the mass uprisings. 1,362 are kids, girls, or teenagers and the reasons for the accusations are illegal pressures, abuse, violations, stripping, sexual abuse and torture. There were 3,342 citizens wounded by guns and 412 suffered eye injuries.

These crimes have been deemed as human rights violations by international organisations as United Nations, Amnesty International and Human Rights Watch. However, little action has been taken in Chile with only one police officer serving time with probation.

It seems that the police and military forces can do whatever they want and that the Chilean judiciary will turn a blind eye, as it did with the dictator Augusto Pinochet who was finally prosecuted by a Spain judge. 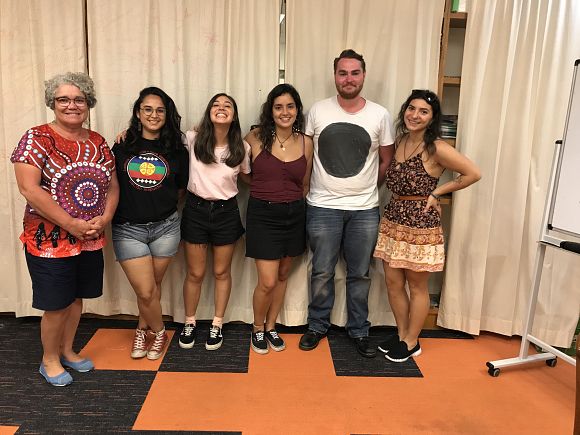 Michael R Williams interviews Chile Woke Up! Brisbane to hear about the violent Chilean protests and why Chilean Australians are lending their voice to this movement.

On 28 July, Piñera announced a new change of cabinet. The new faces that entered the Government are familiar with and supportive of Piñera's methods.

The Ministry of the Interior and Public Security (in charge of the police and military forces) is passed to Victor Pérez, who was a personal friend of Augusto Pinochet. He openly denies the violation of the human rights that occurred in October 2019.

In this climate, where the Government continues to release inmates guilty of crimes against humanity, a group of unjustly imprisoned Indigenous Mapuche people have engaged in a hunger strike of over 90 days. This is guided by Machi Celestino Córdova. The community members demand the Government let them serve their sentences in their local communities due to spiritual reasons.

The Victoria, Ercilla, Curacautín, Traiguén, and Collipulli municipalities were taken over by Mapuche community members in a form of support for the strikers' demands. In response to this situation, Minister Pérez travelled there and he authorised the eviction of the municipalities by force. 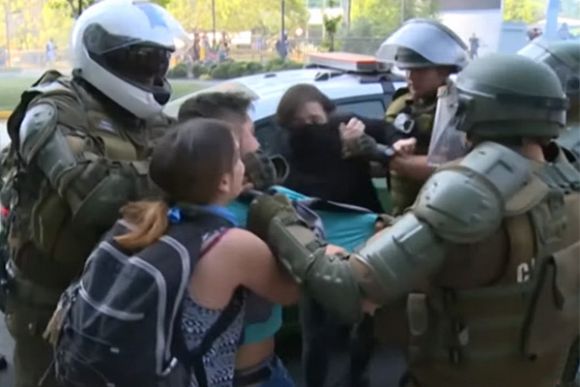 'We’re fed up and we will not obey you': Rebellion strikes cities across the world

Street demonstrations have flared up in cities around the world with hallmarks of being one world movement.

This situation ended disastrously. Carabineros of Chile ignored their institutional obligations and partnered with a group of 200 armed civilians, in the midst of a lockdown.

This is problematic, for the police bullied an innocent community with armed civilians who have no respect for the law. And Minister Pérez gave those instructions.

On August 2, the Inter American Court of Human Rights broadcasted a declaration, urging the Chilean State to respect the protection against the discrimination based on ethnic origin. However, it seems that the recommendation didn't produce any repercussions. 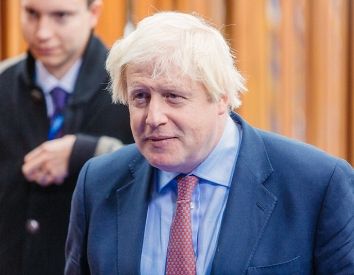 The need to respect human rights during COVID-19

Another protest has occurred in the region and the Chilean Carabineros did not respect any human rights protocols. They shot rubber bullets at the Mapuche community members’ faces and bodies. These caused significant injuries but didn't take lives.

Piñera’s authoritarian Government relies on the military and the ongoing conflict with the Mapuche community once again proves its anti-human rights agenda. International organisations must send a mission to Chile to pressure the Government to stop the violence and secure trials against the people that are responsible for violations of human rights.

Iván Ojeda Pereira is studying Sociology at the University of Chile and works as a teaching and research assistant.

5 April 2020, 2:00pm Since the 1970s, the Chile administration and police have killed, tortured, raped ...
Join the conversation
comments powered by Disqus
News updates