Why is it that conservatives cry out 'stop attacking me' when people begin to question their views or motives? George Bludger comments. 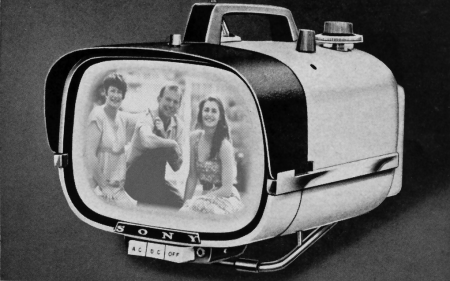 OVER THE PAST YEAR, we've had a plethora (of mainly male) conservative politicians and their supporters play the victim when their comments or actions are questioned:

'What about what people say about me?' they say; or 'I am not a racist'; or 'I have women friends' and so on. From Alan "her old man recently died... of shame" Jones; to Grahame "kicking her to death" Morris; to Scott "I demand an apology" Morrison; to Tony "she won't lie down and die" Abbott ― they have an uncanny ability to exist on two parallel universes: the one where they have feelings, spouses, children, loved ones, personal stories and tragedies, sensitivities, hopes and needs; and the other, where they view any opponent as fair game, without these qualities or connections, without regard for their own personal situations and stories, and attack them viciously at all levels.

These Jones' and Abbott's & Morris/on's have vilified seemingly everyone. No one is untouchable, whether it be to win a vote or to make a point. The list is a long one, but includes women, gays, refugees, asylum seekers, ethnic minorities, non-Christians, Indigenous Australians, the lifestyle alternative, the underprivileged, and, in general, anyone that doesn't fit into the ever shrinking ideal of 'White Christian Australian'. And it doesn't stop with individuals – from scientists to economists, from prominent international organisations to world leaders – there is no expert or expert group they will not attack.

The wheels come unstuck with this kind of mindless and destructive attack strategy when people of all political persuasions, and some in the media, say 'enough is enough'. That line was crossed last week by Alan Jones with his comment "her [Julia Gillard's] old man recently died a few weeks ago of shame" at a Liberal Club fundraiser, and was exacerbated further by his non-apology apology press event. Made even worse was the conga line of Liberal Party politicians and supporters who were all too willing to effectively ignore Jones' words and indirectly approve Tony Abbott's silence on the matter.

What followed was even more amusing. The same people throwing the vitriol were now trying to paint themselves as the victims, and their supporters labeling the actual victims as nothing more than political opportunists, or Labor Party sympathisers, or hypocrites. This 'I feel, you don't' mentality is disturbing to say the least.

Some know exactly what they're doing here. Political commentators like Michael Kroger, the former Liberal Party power broker, was deflecting on Murdoch's Sky channel a few nights ago, insisting that we look 'at the other side', refusing to be drawn on the actual issue at hand ― that the Jones comments were reprehensible and that he [Jones] should be taken off air. Others, I believe, are actually unable or unwilling to see that the cries of condemnation are their own doing.

Take yesterday, where Margie Abbott, Tony's wife, and daughters, have reluctantly fronted the media to support the idea that Tony Abbott "gets women". What no one asked (or will) ask Margie Abbott is, "What gives you the impression your husband doesn't get women?".

Of course, an even better question would be:


"What public examples can you point to which indicate Tony Abbott is a supporter of women?"

I certainly know of none.

I can however point to countless examples, within and outside of Parliament, in which he speaks to, and about women, in derogatory and dismissive ways. I can point to his association and friendship with men who are so obviously misogynistic (Pell, Jones, Heffernan) and whom he has never condemned, or refused to associate. I can point to his attempts at blocking RU-486, a drug which is a safe and useful alternative to surgical abortion. I can point to his alleged aggressive and violent behaviour towards female opponents during his younger political days at university. And I can point to him standing below "ditch the witch" and "Ju-Liar" signs on several separate occasions while addressing angry and ugly crowds.

That Margie Abbott has found reasons to love and accept Tony Abbott, and vice versa, is not at question. What is at question is Tony Abbott's inability to see beyond antiquated, highly conservative and, for many, dangerous views on segments of our society, and that Margie Abbott cannot see that the domino effect of these views alone are the cause of the recent outpouring of condemnation towards him and those he associates with. It is unfortunate that Margie Abbott sees her husband only through the prism of her personal and family life, and not through Tony Abbott's public discourse and political actions.

Ultimately, this is not about whether Tony Abbott “gets women”, or whether he has been unfairly criticised, or whether Margie Abbott is privy to a gentler and kinder Tony. What this sorry saga of relentless attacks (on mainly women) by some in the Liberal Party and their attack dogs reveals is that the likes of Tony Abbott et al have the uncanny ability to serve up personal abuse whilst pretending it is nothing more than part and parcel of everyday political discourse. Margie Abbott would have impressed yesterday if she had come out and said “enough is enough” with the kind of personal abuse her husband and his supporters have been demonstrating, rather than tacitly endorsing it by pretending it doesn't exist.

9 March 2013, 3:32pm Drawing eccentric rogue Victorian MP Geoff Shaw back into the Party fold will do ...