Conroy not first politician raided by police during an election campaign

Last night was not the first time the Coalition has used police raids as a campaign tool, writes Peter Wicks.

As I write this, the Federal Police are raiding Labor Party electorate offices as well as the private residences of Labor staffers.

The raids appear to be in order to stem leaks of information relating to the disaster Malcolm Turnbull turned the National Broadband Network into whilst he was communications minister. Heaven forbid we find out just how much taxpayer money was wasted under his control and why the vast majority of us are not even close to having the NBN at home.

I am not suggesting the Federal Police were acting on the behest of the Government, but the timing is awfully convenient. For the Federal Police to perform a raid during an election campaign that is designed to stop leaks against a sitting Prime Minister is pretty bizarre timing.

Shadow Attorney General Mark Dreyfus was on Lateline as events were occurring telling viewers that these events were unprecedented and that these type of raids have never occurred during an election campaign. Dreyfuss also issued a press release on the raids.

However, Mark Dreyfus was wrong.

Last election, a raid was not only carried out during an election campaign, it appeared to be choreographed to occur during the then Opposition leader's campaign launch at the National Press Club.

The Opposition leader at the time was Tony Abbott and the raid was on the electorate office and home of Craig Thomson, when he was arrested for charges he was later found not guilty of in near totality.

Victorian Police were seen relaxing and killing time at their hotel where they had stayed overnight. Despite hanging around the Central Coast all morning, by "sheer chance" they actually raided Thomson's office and made the arrest during Abbott's speech. After a nod from a staffer, Abbott broke the news of the raid to the nation's press with a smirk on his face during his campaign launch. 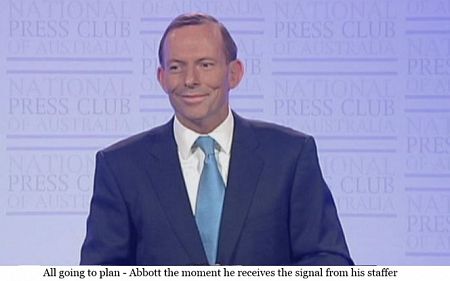 Some might call these events coincidence, but I have my doubts.

Just as I'm sure the film crews that were at the Conroy raid and Thomson's arrest were only "passing by" at the time by complete coincidence.

There is, however, good news from the Turnbull camp. The sick tax that the Coalition seek to impose us all with won’t be on blood tests.

At least that what Malcolm Turnbull wants us to think.

Turnbull tells us that, after some negotiating, the pathology industry won’t be passing on the extra costs of having the Coalition in power to punters like you and I.

My local pathologist, however, doesn’t recall that meeting. Perhaps because he wasn’t involved.

The fact of the matter is that Turnbull’s words on what doctors will and won’t pass on to the consumer should be taken about as seriously as his former pseudo-dedication to tackling carbon emissions.

What Turnbull’s words actually mean is that some industry body that represents a portion of the pathology industry has given some kind of guarantee to hold off on passing costs onto consumers for the short-term. After the election, all bets are off and, as for those the industry body doesn’t cover, there are no bets in place.

Pathology only makes up one area of the health industry, and there are several others looking to pass on what amounts to a sick tax and the beginning of the unravelling of Medicare as we know it. A hollow promise of a promise from an unknown industry body won’t cut it.

However it is not just the Coalition's agenda on public health making them look sick as a Party, it is their weak and desperate attacks on Labor for apparent disunity.

Labor’s unity must scare the crap out of a Coalition that, less than 12 months ago, had a leadership spill and is still suffering from the factional infighting that came as a result. Only a few months back, many thought that several Liberal MP’s may defect and start a new ultra-conservative Party.

Soon enough, a list surfaced of about 25 Labor MP’s and candidates who were, apparently, openly defying Labor policy.

But were they really?

No, it was a specific campaign about refugee children that were already in Australia, hence the word “Stay” in the equation. One would think that the Party of the three-word slogan would understand that campaign in particular, but what with “Stay” being such a big word I guess it is easy to become confused.

Also quickly forgotten was how Labor state leaders came out supporting the calls to let these children stay in Australia after Victorian Premier Daniel Andrews sent an emotional open letter to the Prime Minister. 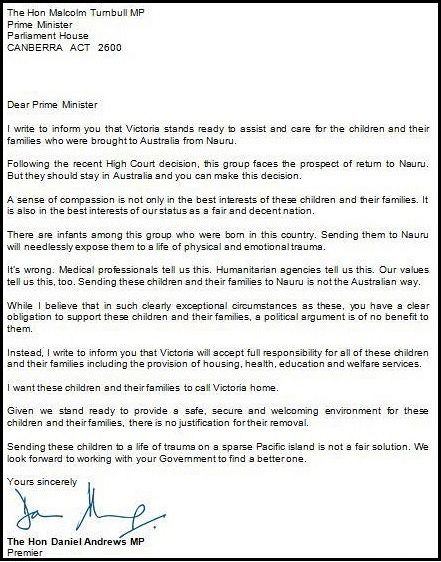 Even if there are some in Labor that think things could be done differently, so what? What is wrong with having a desire and drive to improve policy positions in an area in which we are clearly failing?

As for a unified Party, I think if the last 12 months have shown us anything it is that the Coalition are in no position whatsoever to be judging other parties on their unity.

I’m reasonably certain there would be many that don’t approve of Turnbull and Morrison’s change of heart on superannuation. I’m quite comfortable in the assumption that many of the Coalition would hold the same view that Morrison and Turnbull held not that long ago, that their rich buddies should have a means to stash their cash tax-free for use later.

A picture of unity indeed.

If you are waiting for our media to look past the veneer of blue ties that the Coalition have draped around themselves, you may be waiting a while.

The first leaders' debate is evidence of that.

The Sky Network were kind enough to give the event a scoreboard so we could clearly see the winner. Afterwards, of course, that scoreboard was forgotten with many talking about “how close” it was, and some like the Herald Sun declaring Turnbull the winner despite the scoreboard giving Shorten a decisive victory. Many of these media sources people rely on for sporting results. I wonder if they ignore the scoreboards when publishing footy results too?

The reason Shorten won the debate is because Labor has a plan and are talking about it. The Liberal's only plan seems to be trashing Labor’s plans.

Don’t for a minute think Turnbull doesn’t have a plan, though, he certainly does. It’s just that his plan is not about the country, just ensuring he is elected to lead it. His few policy announcements have been knee-jerk reactions to Labor’s planned and costed policies.

A prime minister without a real plan for the country? Only one for his own self-preservation?

I think we deserve better.